Abba recently released a new, very last album, but you can no longer see the band live. 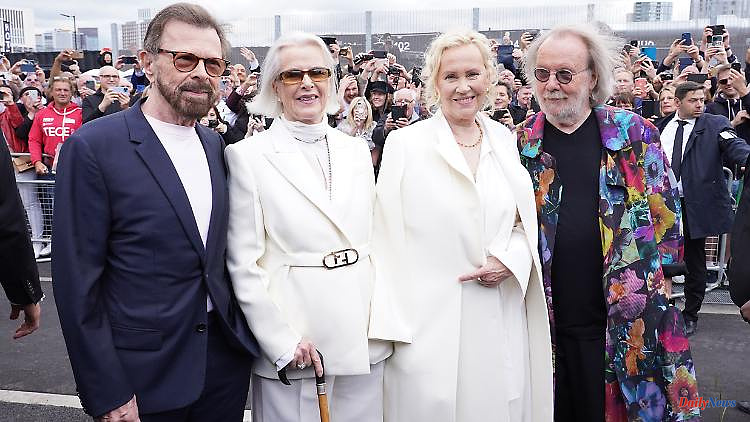 Abba recently released a new, very last album, but you can no longer see the band live. Or rather - as digital avatars in the new show in London. Thursday night's premiere was memorable and, for some, the experience surprisingly real. Even if there was a moment when many preferred to go and get a beer.

It's just before 9 p.m. when it gets particularly loud in the Abba Arena. The show is barely over when the 3,000 or so spectators in the newly built, state-of-the-art hall in London experience a historic moment. Benny, Björn, Agnetha and Frida take the stage together to great applause and loud cheers - for the first time in 40 years. The short Abba reunion is an emotional moment for many fans. But many already had tears in their eyes.

After five years of production, "Abba Voyage" celebrated its world premiere on Thursday. In the approximately 100-minute concert show, however, the live Abba members are not on stage, but their "Abba-tare" - fully animated, digitally rejuvenated versions of the quartet in a 70s look, which are accompanied by a ten-piece live band. State-of-the-art technology from Industrial Light

The unusual concert begins a bit slowly with "The Visitors" and "Hole In Your Sole". But on a gigantic screen with 65 million pixels, it really looks like the young Abba members are live on stage. Only in the close-ups, as you know them from real stadium and hall concerts, do you occasionally recognize the digital. With "S.O.S." the party gets going in East London.

There is a dance floor in front of the stage, with seats further back. King Carl XVI of Sweden rocks on the grandstand. Gustaf enthusiastic. With his wife Silvia he took a seat in the middle of the audience. Later they both get up and dance. In addition to pop star Kylie Minogue, pulp singer Jarvis Cocker, pop singer Wencke Myhre, supermodel Kate Moss and London Mayor Sadiq Khan, the real Abba members are also sitting in the crowd. Agnetha (72) follows the show tensely at first, but then sings along several times. At "Gimme! Gimme! Gimme!" she smiles at bandmate Frida (76), who is sitting behind her.

In between, each "Abba-tar" has a solo performance. "I'm the real Benny. I'm just very good looking for my age," says digital Benny to laughter from the audience. "Our last concert in London was in 1979. If I had been asked at the time whether we would be performing here again in 2022, I would have said yes." As expected, hits like "Knowing Me, Knowing You", "Chiquitita" or "Fernando" create a great atmosphere - and emotional reactions in the Abba Arena.

Even seasoned men can't hide their tears over so much poignant nostalgia. The vocals are from the tape, from the old Abba studio recordings and from "Voyage", the first Abba studio album in 40 years. Ulvaeus (77) said in the dpa interview that the "old voices" were so well integrated into the sound that it felt "quite live". He didn't promise too much. The combination of the vocal tracks of the perfectly harmonizing singers with the live band works. And it just looks spectacular. "I actually see myself in the digital figure," says singer Agnetha. "It's absurd, but it's real."

When "Thank You For The Music" is played in the last third of the show, many viewers turn to the stands to applaud their idols. Before the Eurovision winning song "Waterloo" is played, Björn reminds that Great Britain gave the Swedes zero points. Joking boos can be heard in the hall. The audience gets to hear a total of 20 songs on "Abba Voyage". The evening comes to an end with "Dancing Queen" and "The Winner Takes It All". The applause in the Abba Arena goes on for a long time and gets louder as the real Abba members take the stage together for what is probably the last time. 40 years after their last joint appearance, the cult surrounding the legendary Swedish pop band is unbroken.

1 On the death of Andy Fletcher: Depeche Mode would... 2 Thuringia: Boy bitten in the face by a shepherd dog 3 Cause of Cooling: Why Mars became a desert planet 4 Drug study: how to treat monkeypox 5 Thuringia: 200,000 euros damage in a fire in the Wartburg... 6 Baden-Württemberg: Bunsen burner against weeds: 56-year-old... 7 North Rhine-Westphalia: shots at Jahnplatz: probably... 8 Nowitzki is still proud: MVP Curry leads Warriors... 9 NHL gala with congenial partner: Draisaitl's... 10 Prequel of "The Sopranos": A film can hardly... 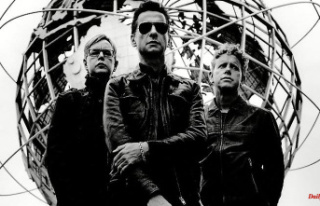 On the death of Andy Fletcher: Depeche Mode would...