She has already filmed with him and will soon be in front of the camera again for him. 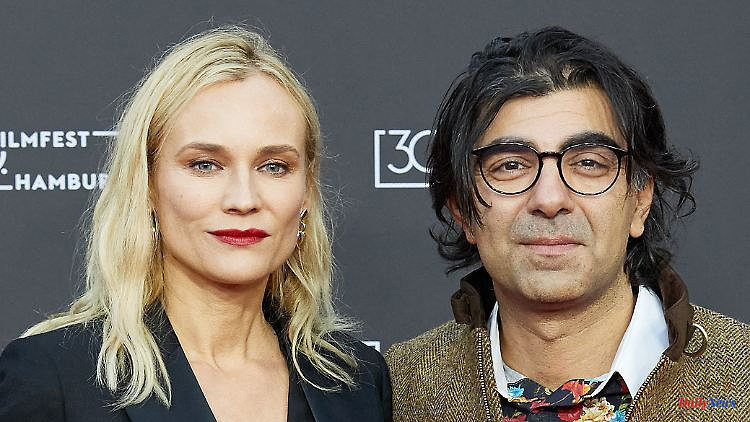 She has already filmed with him and will soon be in front of the camera again for him. At the premiere of Fatih Akin's new film "Rheingold", Diane Kruger finds a lot of praise for the filmmaker.

The film "Rheingold" by director Fatih Akin celebrated its premiere at the Hamburg Film Festival with a large line-up of stars. Together with rapper Xatar, who provided the template for the gangster drama with his biography "Alles oder Nix", and leading actor Emilio Sakraya ("4 Blocks"), the 49-year-old successful director let himself be entertained by fans and friends in front of Hamburg's Cinemaxx cinema on Saturday evening to celebrate.

Hollywood actress Diane Kruger was also among the guests on the red carpet. "I'm so happy that I was able to come and I'm really looking forward to the film," said the 46-year-old. "For me, Fatih Akin is really the best director from Germany," says the actress. He is one of the most important voices in the German cultural scene.

Kruger will soon play screen legend Marlene Dietrich (1901-1992) in a German series directed by Fatih Akin. It's not her first collaboration: the actress, who was born in Lower Saxony in 1976, already had the leading role in Akin's feature film "Out of Nothing" (2017).

The film "Rheingold" traces the path of the rapper Xatar (40/ real name: Giwar Hajabi) from the socially deprived Brüser Berg in Bonn via prison stays to the top of the German charts. The official theatrical release will follow on October 27th. The performance is one of 22 premieres at the Hamburg Film Festival. A total of 110 selected feature films from around 60 countries will be shown in the five festival cinemas at the 30th Film Festival. Around 280 performances are planned in total.

1 Thuringia: Celebrations for the Day of German Unity... 2 Bayern: FC Augsburg is aiming for the next win at... 3 High-level meetings planned: Bundestag delegation... 4 Thousands storm the pitch: more than 120 dead after... 5 Homecoming to New Zealand: Vienna Museum restitutes... 6 Saving energy: Are small wind turbines worth it for... 7 Facelift for the DS 3 Crossback: DS shortens the name... 8 Lucky for bankers and Kremlin sons: Which Russians... 9 Corona numbers are increasing: Lauterbach is pushing... 10 After withdrawing from Lyman: Anger is seething in... 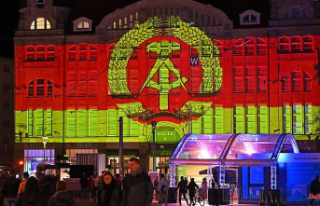 Thuringia: Celebrations for the Day of German Unity...