"I never imagined that this would happen to me because unfortunately the environment in which I grew up in Buenaventura did not give me many opportunities to dream", says with her sweet smile Betty Garcés, 39 years old, met by AFP at the Teatro Colon in Bogota. 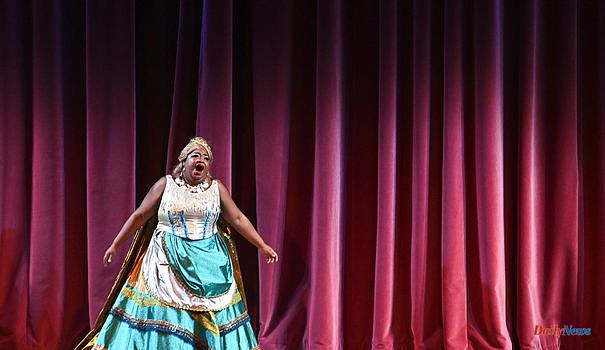 "I never imagined that this would happen to me because unfortunately the environment in which I grew up in Buenaventura did not give me many opportunities to dream", says with her sweet smile Betty Garcés, 39 years old, met by AFP at the Teatro Colon in Bogota.

Her hometown of some 315,000 inhabitants, surrounded by a lush jungle by the ocean, is populated mainly by Afro-descendants like her, with a poverty rate of 41% and recurrent violence linked to cocaine trafficking, including Colombia. is the world's largest producer.

Her salvation, she owes it to her parents, a mathematics teacher and an artist, who sent her like her sisters to study in the neighboring town of Cali "to protect us as soon as we were 14".

She first studied singing at the Cali Conservatory "without having the slightest idea what opera was". One day, his teacher made him listen to a tape of the black American singer Jessye Norman who interpreted Richard Wagner. "At that time, I don't know what happened inside but everything moved me. I had no idea what she was saying, because I had never heard anyone speak German before. But an unbreakable bond was woven".

Faced with the talent she showed, her teachers did their best to win a scholarship for her in Germany, a country where she has lived since 2009.

Betty Garcés discovered her artistic sensitivity in her childhood thanks to her grandparents, one of whom was deaf and the other blind.

The soprano had difficulty communicating with the rest of her family and was bullied at school, so her grandparents' house was her refuge.

When her grandfather "played the harmonica", she would lie down "on the ground to stick (her) ear to it and amplify the sound" by "imagining herself to be in another world".

When her grandmother died, her world fell apart. Betty Garcés had no idea that tears and desolation would then emerge for her "a new language": music.

"I was left alone (...) in full mourning, in a difficult moment for a 10-year-old girl. Losing her only emotional referent in life is very significant," she recalls.

But one day, in the midst of tears, "I started to moan" and "wordless melodies started to hatch from that moan. It was my soul that was looking for an outlet for so much pain and emotion", she said, still moved.

From that "first memory of conscious singing", "I started singing and never stopped again", she says with an enthusiastic smile.

In the theater of the Colombian capital, the voice of Betty Garcés soars with power on the notes of "Ariadne auf Naxos" by Richard Strauss.

In a blonde wig and shiny dress, during a party taking place in the middle of World War II, the singer captivates and entertains with a parody and critical play on the world of theatre. "Betty is a dream Ariane (...) splendid vocally and in terms of acting," says Andorran director Joan Anton Rechi, who mixes classical tragedy with popular flamenco spectacle.

During Betty Garcés' final salute to the public, the theater covers her with applause: "the affection with which the Colombian public receives you (...) makes you want to surpass yourself on stage", is delighted. she.

Her past in mind, the singer concludes that "despite the difficulties, in a way, the doors always end up opening".

And if she recounts her life today, it is “in the hope that a still hesitant young person will hear her. Because "if I were still the child that I was, this story would give me the strength to try". 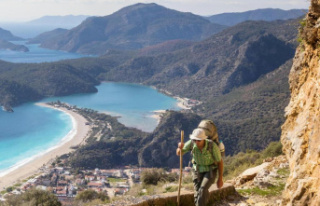 On the way on one of the most beautiful long-distance...