Protesters have taken aim at motorways in England and Wales in protest against high fuel prices. 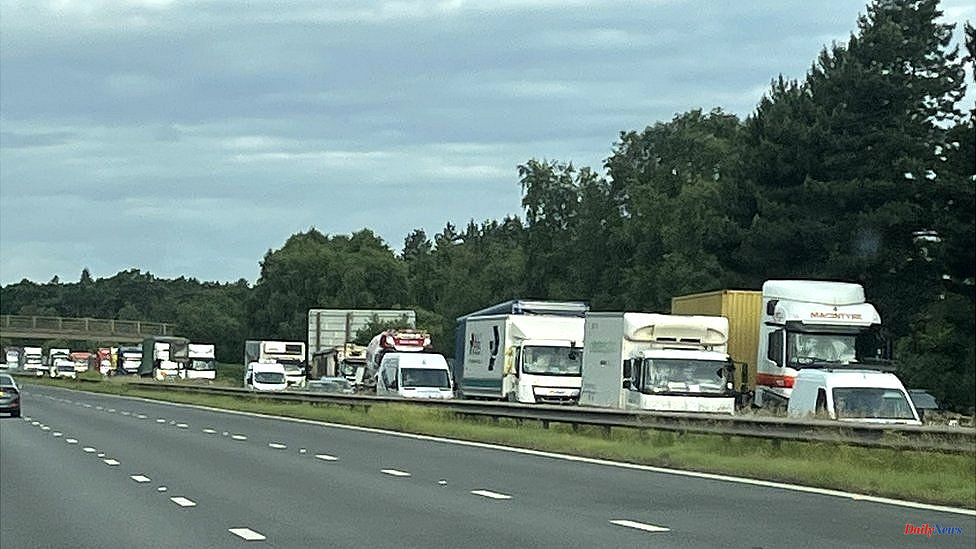 Protesters have taken aim at motorways in England and Wales in protest against high fuel prices.

Police warned that there could be disruption throughout the day as protestors demand a reduction in fuel duty.

The action is mostly targeting three-lane motorways. It is seeing large numbers of vehicles driving slowly in two lanes, leaving the "fast" outside lane.

Police said one person was arrested for "unsafe-driving".

Fuel Price Stand Against Tax has organized a group of protesters who drove in convoys at 30mph (48.3km/h), to create gridlock on major roads across Great Britain.

The following roads are among those affected by disruption:

Rolling roadblocks caused parts of the M4's M4 to stop, with convoys traveling towards the Prince of Wales Bridge. This bridge crosses the River Severn from both England and Wales.

The bridge was shut down in the eastbound direction. However, officers stopped protestors from proceeding on the westbound carriageway just before the crossing.

Gwent Police reported that the bridge was reopened in both directions just before noon.

Avon and Somerset Police stated that there were slow-moving roadblocks along the M4, M5 and M32, but they said that protesters were expected take a break before returning to the route.

Devon and Cornwall Police stated earlier that they were aware of a slow protest headed northbound from Exeter on the M5.

A second protest was also reported by the force on the A38 north of Ivybridge. A man in his 50s was taken into custody after ignoring a warning about unsafe driving.

A spokesperson for the force said that unsafe driving conditions have been reported on the A38, with vehicles traveling at dangerously low speeds.

Police Scotland stated that it was aware of protests along motorways and trunk roads, and asked motorists to maintain a safe speed.

However, the force cautioned that journey times might be longer than usual.

Lincolnshire police blocked the M180/M18 junction, forcing protestors to stay on the former. West Yorkshire police claimed officers had used a single tyre inflation device - also known by a "stinger", at Ferrybridge services during the initial stages of the demonstration.

According to the force, the device was not used and no vehicles were damaged. It was then withdrawn.

West Mercia Police stated that some tactics used in a protest against the M54 had "compromised safety of other road users", and would pursue those responsible for traffic offenses.

Experian data shows record fuel prices in recent weeks. Experian figures show that the average price for a litre petrol at UK forecourts was 191.5p, and 199.0p diesel on Sunday.

Simon Williams, spokesperson for RAC Fuel, stated that there was no indication of retailers lowering forecourt prices despite the fact that wholesale costs have fallen for five consecutive weeks.

Gordon Balmer, the executive director of Petrol Retailers Association, an association representing independent forecourts, stated that rising wholesale prices are due to international events as well as the weakness in the pound against US dollars.

Rishi Sunak, Chancellor of India, has stated that he will be reviewing calls for a "more significant" fuel duty reduction after the March 5p per litre price drop.

The war in Ukraine has pushed fuel prices higher, and Russia, the largest oil exporter, is facing sanctions.

While the government acknowledged that people are facing rising prices, and has the right to protest it, "people's daily lives shouldn't be disrupted." It also warned that traffic delays will only increase fuel consumption.

Howard Cox, founder FairFuelUK campaign group, stated that other countries have cut fuel duty more than the UK. He called for a minimum of 20p.

Although he claimed that his organization was not involved in protests, he stated that there was an appetite for them. If the government does not address the issue, there could be a "some serious escalation" of protests.

Tariq Akram, a Scunthorpe truck driver, was one of the protestors. He told BBC that his company had increased its fuel bill by PS4,000 in the last four months due to price increases.

He stated that his vehicle was one of 50 making the 60-mile trip through Scunthorpe to Doncaster at 20mph.

"The turnout was amazing. He said that 35 vehicles came from his yard and took part.

"At one time, I thought that some cars wanted overtake me so I tried to let them pass, but then I realized they were joining in."

Amanda White, BBC Radio Humberside, stated that when the convoy turned around the queues were incredible with "hundreds if perhaps thousands of vehicles nose-to-tail crawling along".

She stated that while motorists may be angry, others support the protest and some even join the convoy in cars.

Are you experiencing disruption? Are you a protester? Share your experiences by emailing haveyoursay@bbc.co.uk. 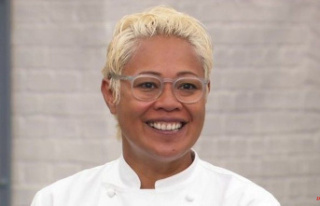 Monica Galetti is the first Seafood Ambassador for...