The British pop star Elton John is not only considered one of the most important musicians of all time according to Billboard. 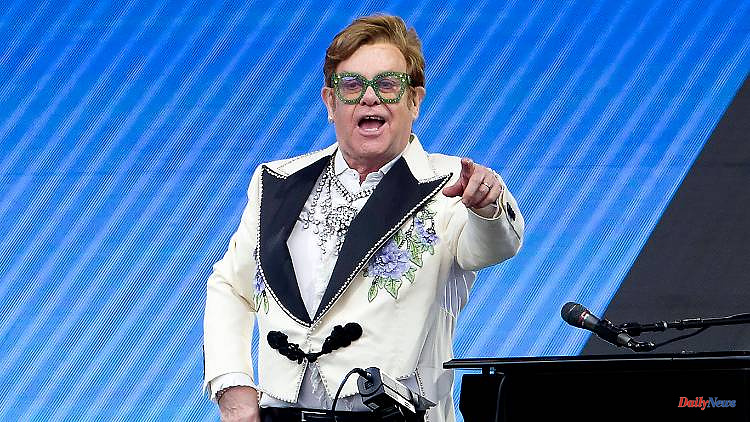 The British pop star Elton John is not only considered one of the most important musicians of all time according to Billboard. On Friday, the 75-year-old may appear before US President Biden in the White House. He should also be honored for his life's work.

British pop legend Elton John is honored with an appearance at the White House. The singer of hits like 'Rocket Man' and 'Candle in the Wind' will perform at an event in the White House garden on Friday, a spokeswoman said. The evening, themed "A Night When Hope and History Rhyme," will be hosted by US President Joe Biden and First Lady Jill Biden.

The evening will celebrate the "unifying and healing power of music" as well as "the life and work of Sir Elton John," the White House said. In addition, committed citizens should be honored.

John's Farewell Yellow Brick Road global farewell tour kicked off in September 2018 in the US state of Pennsylvania and is scheduled to end in Sweden in July next year. The 75-year-old was named the most important solo artist and third overall after the Beatles and the Rolling Stones on Billboard's 2019 list of the greatest musicians of all time.

Most recently, the British pop star caused an emotional moment when he honored Queen Elizabeth II for the "inspiring presence" in his life at a concert in Toronto, Canada - and then sang one of his biggest hits for her. The pop legend interrupted the show at the Rogers Center in front of tens of thousands of fans after it was announced that the monarch had died.

"She has guided the country through some of our greatest and darkest moments with grace, grace and genuine warmth," said John, who has close ties to Royalty and has been known as "Sir" since the Queen knighted him in 1998.

Elizabeth II was also the head of state of Canada. He is glad that the Queen is now "at peace". She has served the country for a long time and worked very hard. "We're celebrating her life with music tonight," John called out to the cheering crowd, then intoned his hit song "Don't Let the Sun Go Down on Me." The singer and pianist also provided a particularly moving moment at Princess Diana's funeral service in 1997, singing a rewritten version of his ballad "Candle In The Wind". 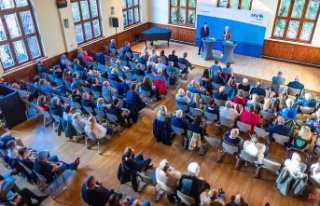