Hoping for the “new Saudi Arabia of hydrogen”

At first glance everything looks fine. 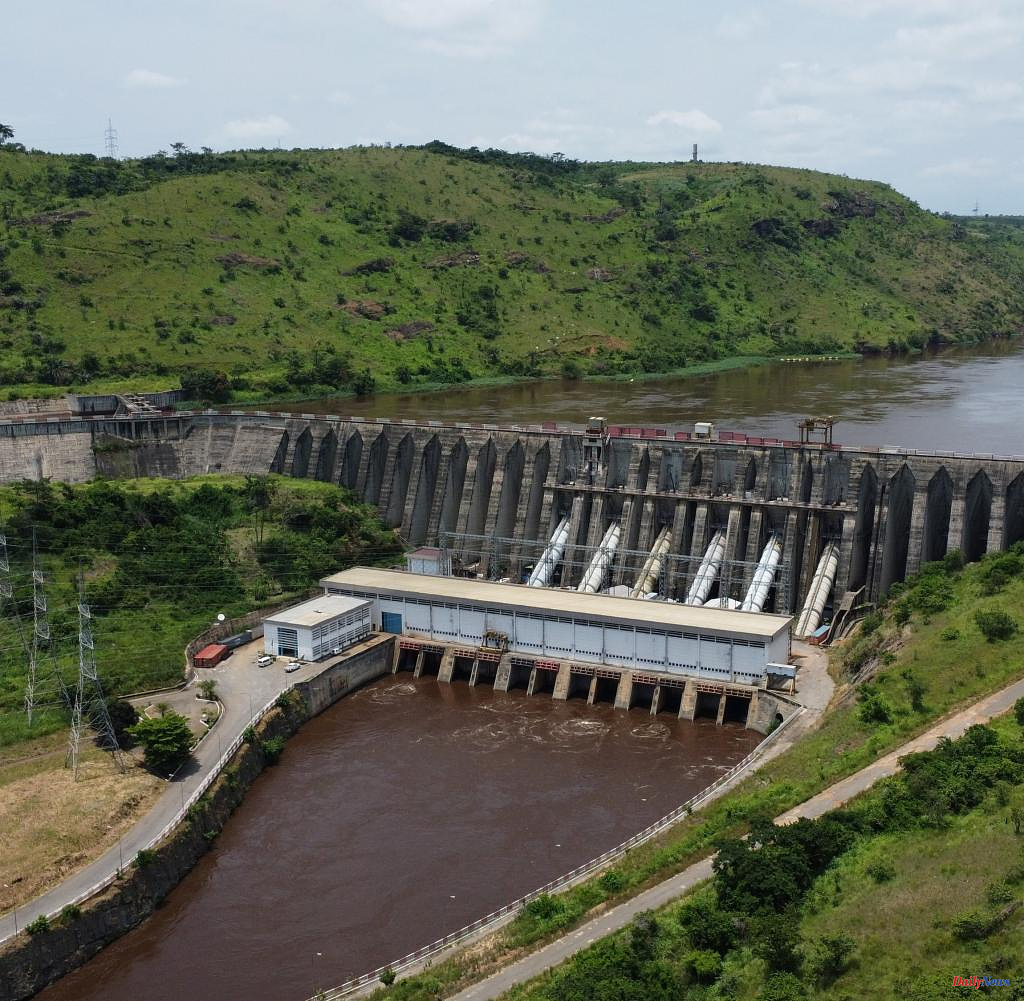 At first glance everything looks fine. The light in Clorent Mobe's "Pharmacy of Wellbeing" is on, the ceiling fan is purring, the refrigerator is humming.

Mobes leads behind the counter, rips open a box and pulls out a vial of a milky-yellow liquid: Haemaccel, a drug given to patients who have lost a lot of blood. But this ampoule is useless.

The electricity had gone out the day before, as is so often the case in Matadi, a large city in the west of the Democratic Republic of the Congo. "There are medicines that we have to throw away when there is no electricity," explains the pharmacist. "If the cold chain is not maintained, it can no longer be administered. Otherwise you risk patients dying.”

About every fourth day there would be a blackout, explains Mobes. The pharmacist often bridges the time thanks to a power line to a neighboring district. But the day before, nothing arrived from there either, the fridge was warming up.

Now the pharmacist has to dispose of the blood substitute, just like some other medicines, for example one for diabetics. Some colleagues would still sell them, he says. "You see, these are the problems that the population faces here."

The residents of Matadi cannot understand why they of all people have to do without electricity so often here. The city lies on the banks of the more than 4000 km long Congo River, which has sucked water from the rain forest and flows into the Atlantic Ocean not far from here.

The potential for hydropower in the region is gigantic. And yet the power supply is miserable in large parts of the country. According to the World Bank, 80 percent of the people in Congo live without reliable electricity.

For decades there have been plans to construct a huge dam not far from here upstream. In the meantime, a German company, the investment consulting and project development company Evagor from Leipzig, was also involved. The negotiations have never been as advanced as they are now:

Félix Tshisekedi, President of the Democratic Republic of Congo, has signed a memorandum of understanding with Fortescue Future Industries, a subsidiary of Australian resource giant Fortescue Metals Group (FMG), to construct a giant dam on the Congo.

With a turbine output of 44 gigawatts, the world's largest hydroelectric power plant could be built here, more than twice as powerful as the Three Gorges Dam in China.

The project aims to make Congo “the new Saudi Arabia of hydrogen” – “the new oil”, as a project presentation puts it. With the electricity generated by the dam, eight million tons of the coveted energy source could be produced and sold all over the world. Revenue is estimated at $14.4 billion per year.

Such projects are currently being longed for in Europe in order to reduce dependence on Russian energy imports in view of the Ukraine war - and to switch factories and transport systems to CO₂-neutral.

As early as 2030, more than ten million tons of green hydrogen are to be brought into the EU from all over the world, the European Commission announced in April. In the Congo, the population is wondering whether they will continue to be left without electricity in the end - while the wealthy industrialized countries are pushing ahead with the energy transition thanks to their waterworks.

Anyone who follows the Congo River up from Matadi will, after about 50 kilometers, come across huge rapids and huge boulders on which the water masses break. Ships can't go any further here.

Over a distance of just ten kilometers, the river has dropped by more than 100 meters. "For such a short stretch, that's incredible," says Homère Kawende, service manager of the two existing Inga dams built here in 1972 and 1982.

To do this, they have diverted part of the water into channels, at the end of which two dams are dammed before it falls down through pipes into turbines. The power plants generate 1775 megawatts, which corresponds to 70 percent of the electricity production in the entire country. Still, it's far too little.

The population has almost tripled since then and is approaching 100 million, explains Kawende. He stands on a viewing platform overlooking the valley of the Congo River. “The energy that Inga 1 and 2 generate today is simply not enough. So we need to move fast with Inga 3.”

Head back towards Matadi in a pickup truck. After a few kilometers a bumpy gravel road leads up a hill. Kawenge gets out and walks through the waist-high grass until the terrain drops off. "This is the Bundi Valley," he says. This is exactly where the new mega dam Inga 3 is to be built.

The Congo River flows to its right and the valley stretches to its left. A 200 meter high concrete wall is to be erected in front of him, which will close the gap to the hill opposite.

In order to fill the Bundi Valley with water, a canal 15 kilometers upstream is to divert the Congo River to here. Gradually, several power plants are to be built - which could generate 25 times the capacity installed today.

Boma is the last major city on the banks of the Congo River before it empties into the ocean. Here, Apollinaire Nsoka heads the NGO Local Development Initiative, which fights for the interests of people along the river.

He walks past a market where fishermen deliver their catch. Most have already dragged their pirogues into the gravel bed and are now in the process of untangling their nets.

Nsoka worries that the dam could disrupt the fish habitat. Above all, he is bothered by the planned export of hydrogen. He calls it the "concept of the center and the periphery".

Nsoka criticizes: "What is produced here is brought to the center, to the West, where they face the challenge of the energy transition. But we don't think we've met our own country's energy needs here yet."

Mega projects are not the right answer, he says. They depend on a lot of foreign capital and take a long time to complete. Up to ten years are scheduled for the new Inga 3 dam. "We think that micro-dams are needed in the Congo," says Nsoka, referring to the many small rivers that run through the country.

"A decentralized energy supply would serve the Congolese better because they have few resources at their disposal." In addition, no long power lines would have to be set up in a country that is as big as all of Western Europe.

Alexy Kayembe de Bampende also has no plans to bring the electricity from the planned dam to all corners of the country. He is the President's advisor on infrastructure - and the one who is driving the project with Fortescue. In his air-conditioned office in the villa district of the capital, Kinshasa, he talks about mismanagement and empty coffers.

The energy supplier did not even set aside enough money to repair the existing turbines. "Even if we bring electricity to every home, people need to be able to pay for electricity," he says.

He emphasizes that parts of the electricity from the planned dam should go to the population, but without quantifying the exact amount. In Inga 3 he sees more of a development project anyway. "We hope for a situation where electricity will boost the local economy by bringing it to the production centers," says Kayembe de Bampende.

The production of hydrogen creates jobs, as does the mining sector or the factories for fertilizers and ammonia. Parts of the income would flow into an “Inga fund” that could ultimately be used to finance smaller power plants in other parts of the country. However, the details are open.

And so the future for the people of Matadi remains uncertain. The Congo River rolls past the densely populated slopes. It could soon power the world's most powerful hydroelectric power station. However, no one can guarantee him and all the other Congolese that the electricity will then reliably arrive from the socket in Mobe's pharmacy.

1 Part of a culture of enlightenment is showing your... 2 Turkey: The first ship with Ukrainian grain will probably... 3 Musiala's top form becomes a problem for Sané 4 "The Search for the Good Death" - Episode... 5 Economic crisis and street anger: will other countries... 6 Gottenheim im Breisgau: Missing girl Ayleen is dead... 7 A Chinese rocket disintegrated over the Indian Ocean 8 Rügen: Woman saves vacationers from the Baltic Sea... 9 Women's European Football Championship: "So... 10 Formula 1: After the chaotic final of 2021: race director... 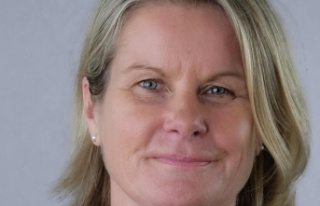 Part of a culture of enlightenment is showing your...