Take out the placards. 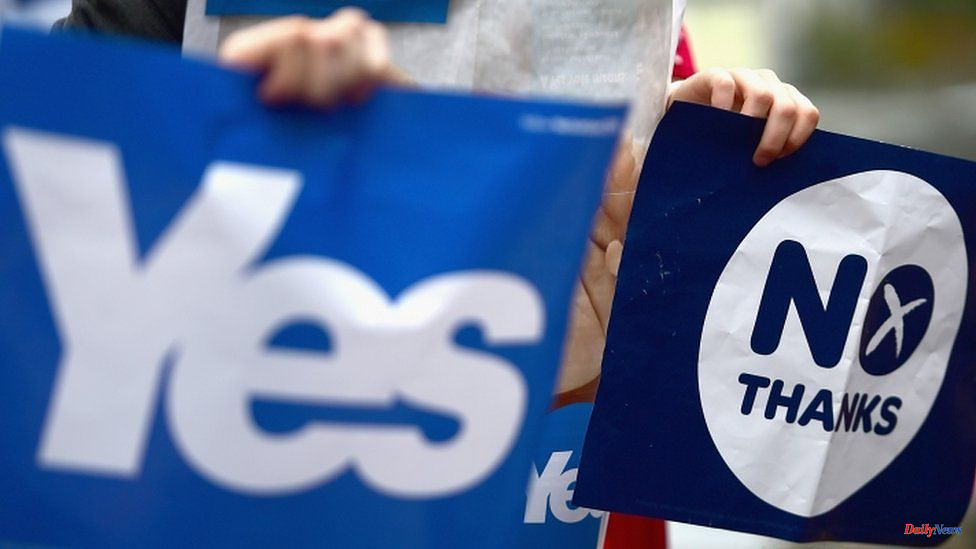 Take out the placards. Unpack your soapbox. Grab your cagoule.

But not so quickly.

Many supporters of independence described the excitement and optimism that accompanied the 2014 referendum - in which Scotland voted to remain with the UK by 55% versus 45% - as exhilarating. Many of their opponents still feel sadness and exclusion.

It doesn't matter what, politics was alive in that year. The nation exploded with energy for a time as both pro- and anti independence campaigners debated poverty in its parks and plazas.

While some of that enthusiasm remains in pro-independence marches, and occasional solidarity for the union, the nation is not in full-on campaign mode.

Even if the Scottish government can persuade UK Supreme Court to allow a referendum, it is unlikely that the exact same scenario will be repeated in 2014.

There has been too much change.

Both the pro- and anti independence teams have split for a start.

Labour's reputation was damaged when it stood shoulder-to-shoulder alongside the Conservatives in Better Together to keep Scotland in Union. It is difficult to imagine a cross-party coalition being forged again.

Their opponents in Yes Scotland have also fallen out about vision, strategy, and tactics. This divide is most evident in the rift between Alex Salmond, Ms Sturgeon's predecessor, and Alba, which is a separate pro independence party.

However, it's not only the players that have changed since 2014. The script has also changed.

The discourse on Scotland's future has been impacted by a pandemic, a crisis of the cost of living, war in Ukraine, and Brexit.

First minister claims that Scotland's exclusion from the European Union will help strengthen the democratic case for independence. She argues that Scotland is not a region questioning its position in a larger unitary country, but rather "a country in an voluntary union of nations".

Many of her opponents argue that Brexit weakens the economic argument for independence. This is because if Scotland was to be readmitted to EU, it would need to establish a hard border to its largest trading partner, England.

Let's not forget the fundamental principle. Is Scotland able to leave the Union?

Margaret Thatcher, Conservative Prime Minister from 1979 to 1990, wrote in her 1993 memoirs The Downing Street Years:

"As a nation [the Scots] have an undisputed right to national self determination; they have thus far exercised that right by remaining and joining the Union. No politician or English party would stop them from deciding on independence, no matter how much they might regret it.

Boris Johnson, the current Tory Prime Minister, is a target of harsh criticism from many Scots voters for his policies and morals. He has repeatedly insisted that it is not the right time to hold another referendum.

Ciaran Martin is a former senior UK civil servant and now professor of government at Oxford University. He draws a distinction between the legal and political arguments for Scottish self-determination.

Prof Martin says, "The Supreme Court cannot absolutely say there is no mechanism to consult with the Scottish people about independence without Westminster's consent."

He adds that if Downing Street refuses or cannot describe a different path for Scotland, "you must give up the pretence this is a voluntary Union, that Scotland can leave."

It was not the Scottish people that travelled to England and Empire. Professor Sir Tom Devine, a historian, described the Scottish nobles who made the decision as "the elite among an elite," an electorate that represented 0.06 percent of the population.

Also, it is true that the Scottish economy was in serious financial trouble after the failure of the Darien Scheme. This disastrous attempt to establish an American colony on the isthmus Panama, which connects Central and South America and bridges the Atlantic Ocean, was a disaster.

However, there was a vote in Scotland's Parliament. The nobles chose union and it became effective on May 1, 1707.

Gradually, the United Kingdom grew closer to each other - trading together.

The relationship was already in trouble long before the term Brexit was even mentioned.

The UK and the US stationed nukes on the Clyde in the 1960s, less than 30 minutes from Glasgow. This brought jobs, but also moral outrage.

The 1970s saw North Sea oil boom. The UK Treasury made millions of tax revenue and energy firms made fortunes. However, most of the UK's oil is off the Scottish coasts. This discovery sparked a nationalist movement that wanted all Scots to share the wealth.

1980s saw Mrs Thatcher's reign as Tory prime minister. However, most English voters supported her but most Scots rejected her. Many Scottish voters were drawn to her by her controversial Scottish poll tax and her strategy of forcing dying industries to change.

Even 1999's arrival of the Scottish Parliament devolved did not "kill off nationalism stone-dead" Labour's George (now Lord Robertson) had hoped.

However, support for independence was more or less constant and eventually started to rise.

Fiona Rintoul, a writer and commentator, stated that the parliament "took a lot out of being Scottish" and "that was really good." However, it created a situation where if there were a different government at Westminster...there would be a clash.

The decline in popularity of Labour is a hallmark of Scottish politics in 21st century Scotland, and it can be argued that this is both symptom of and cause of rising nationalist sentiment.

Chris Deerin (Scotland Editor, New Statesman) argues that during Tony Blair's 1997-2007 premiership, the SNP under Alex Salmond saw that Labour was getting tired and pounced.

He said that they were "in a sense offering a like for like replacement to Labour Party", but further to the left, and "more optimistic."

According to Mr Deerin, this shift was accelerated when Mr Blair decided to join the United States in invasion of Iraq. This was "the last straw" for some Labour activists as they attempted to embrace independence.

He is still convinced that Scotland should remain in the Union. This would involve the "common-sense" redistribution resources within the UK, and a seat at top tables of international institutions. However, he worries that Britain has become more transactional, which could weaken its appeal.

Ms Rintoul believes that Scotland is moving away from its neighbor and supports the direction of travel.

"A result of 45% people voting to completely overturn a status quo in non-wartime situations is not an endorsement for the status status quo," she stated, adding that Brexit and the pandemic had meant that "Scottish Politics has completely decoupled" from British politics.

The debate about Scotland's future has been reshaped by the turmoil of the last few years.

There are many questions surrounding currency, debt, benefits, borders, taxes, trade and nuclear weapons, and it has raised a lot of controversy.

There are other options available for Scotland than independence or membership in the Union.

The tax and benefits powers of the Scottish Parliament were increased in 2014. A Labour commission headed by Gordon Brown, the former prime minister, is considering whether the country should go further.

It's still independence that dominates the national conversation, 315 years after the Union was established; 25 years since Scotland voted to devolve its powers; and eight years after choosing to remain within the UK.

At the moment, it's not clear if and when this conversation will spread to the streets in a full-on campaign.

1 Police warn about fuel protests in Bristol and Wales 2 Chris McCausland, a blind comedian, plays the HIGNFY... 3 Ellen Willmott gardening was a 'bad girl'... 4 Boxing Schedule for 2022: Ryan Garcia vs. Javier Fortuna... 5 "You stay outside now": NASA boss warns... 6 Next fight for Jake Paul: "Problem Child"... 7 What will happen if Elisabeth Borne doesn't submit... 8 A strike in Ukraine near Odessa results in the death... 9 Russian army announces withdrawal from Serpents Island 10 Inflation rises to 5.8% YoY during June 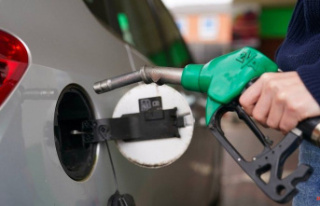