A countess tells of everyday life in a palazzo: lavish parties and pompous balls used to take place in this place in Palermo. 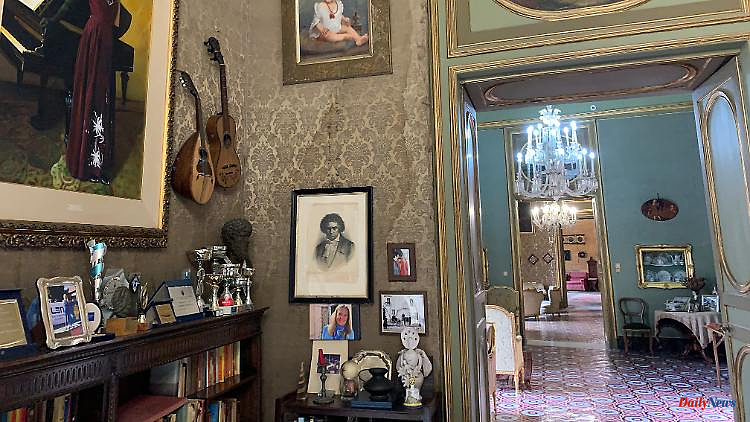 A countess tells of everyday life in a palazzo: lavish parties and pompous balls used to take place in this place in Palermo. Today it's time to break new ground in order to one day bequeath your belongings to the next generation.

In a city like Palermo, sometimes you should only let yourself be guided by the sounds, the smells, the images. Chance is often the best signpost. And by sheer coincidence, I met Countess Alwine in the Palazzo Conte Federico. The Countess was born in Salzburg, who let herself be seduced by love and ended up young and newly married in the Sicilian capital in the early 1980s. "I was studying in Vienna at the time and one day the Austrian embassy invited me to a ball in Rome. That's where I met my husband," she tells ntv.de. Her husband Conte Alessandro Federico comes from the noble family of Frederick of Antioch, an illegitimate son of the German Emperor and King of Sicily Frederick II.

The palace is located in the old town between the grandiose buildings of the Palazzo Reale and the lively Ballarò weekly market, where you can feel the pulse of the city surrounded by colorful vegetable stalls, a wide range of fish and the heads of cattle hanging on poles. The pilot for the meeting with the Countess was a fiery red, highly polished 1935 Balilla racing car, which stands in the atrium of the palace. Although it is not a family crest, it is at least something of a landmark. Because even the grandfather of the current count took part in races. The grandson has devoted himself to this passion since 1954 and, despite his advanced age, is already impatiently awaiting the race in Tunis scheduled for June, in which he wants to take part.

Countess Alwine is an elegant woman with long blond hair and bright smiling eyes. "Palazzo Conte Federico is one of the five oldest noble palaces in the city and even boasts the last remaining medieval tower," she says. "The palace was actually built over the former Punic city walls, because you didn't have to pay taxes on it." Even at that time people apparently wanted to save, even if it wasn't necessary at the time.

She was just 20 years old when she moved into her new home here, newly married. When asked if she felt intimidated by the centuries-old history of these chambers, she promptly replies: "No, you're so young you're sure you can do anything, there are no limits. Besides, only a part of the palace was inhabited at the time, the Rest more or less rotten." Only when he had a wife and children did the Count reflect on the family inheritance, not least because the Federicos now had a future. The couple shared the tasks. She took care of the children, her husband the venerable residence.

The palazzo can now also be visited by visitors, with several guided tours taking place every day. Nevertheless, it is not a museum. The Count and Countess live together with their two adult sons Andrea in the rooms furnished with ancestral portraits, precious furniture, Venetian chandeliers and mirrors, weapons and fittings, with frescoed ceilings and floors covered with colorful Sicilian majolica tiles and Nicolo. Not only is the family heritage guarded here, everyday life also takes place. In one of the halls there is also the cradle in which several generations of little counts once slept.

Richard Wagner and Giuseppe Verdi were guests in the music room, as well as the Sicilian Freemasons, as several details of the ceiling fresco reveal. Music is still played there today. Continue through the blue room, the dining room, until you get to the Countess' study, which even has some Ikea furniture. "I just wanted to make myself comfortable," says the Countess. Visitors are also allowed in the bedroom with the four-poster bed. "That may sound a bit bizarre, but over time you gain the necessary distance," says the Countess. Evidence that rooms are used quite normally can be found everywhere: family photos, trophies won by the Count - and Paloma and Maia, the two house cats, strutting past visitors.

On the upper floor, where the old kitchen and a medieval dining room are next to the tower, the sons meet with their friends, throw parties and eat pizza. More formal receptions and celebrations take place downstairs on the noble floor. Before the outbreak of the pandemic, the Countess also liked to give music evenings in which she herself performed. In Palermo they say she has a beautiful voice. "Well, I'm not an opera singer," she says soothingly. "I'm just a passionate singer and used to go to the Mozarteum in Salzburg and later to the music school here." A portrait hangs in one of the salons, showing her in evening dress singing in front of the piano.

But the times when grandiose balls were given in Sicilian palaces, as can be seen in Luchino Visconti's film "The Leopard", are over - although not for very long. "When my husband was a child, there were still around ten permanent servants, including a hairdresser, who all lived here," says the countess. Today there are no more permanent staff.

The Sicilian nobles used to be large landowners, today there is almost nothing left of the estates. Also with the Federico. "In order to repair the roof, my husband sold the last winery," says the countess. The maintenance of the palace must now be financed differently. And the guides play a very important role in this. In general, life is very different. Countess Alwine, who has a doctorate in German and English, is a German teacher at a municipal high school. Every day she takes her bike and rides it to school. "I was the first woman in Palermo to ride a bike, so one day my students asked me, 'Can't you afford a car?'." While her sons Andrea and Nicolò do the tours in the morning, she takes over in the afternoon. "It's fun for me and I sing a song every now and then. The visitors like it a lot, my sons not so much."

Although all of these historic buildings are under monument protection, the state does not contribute a cent to their maintenance and also prohibits any action that is not exclusively conservational. "That means, for example, that we don't have heating here," adds the Countess. "That's why I dress in layers in the winter."

In the beginning, the palace was used for gala receptions and weddings. "Then I got involved step by step and gave small concerts". The tours came later. The direction seems to be right and the famous sentence in the novel by the Sicilian Giuseppe Tomasi di Lampedusa "The Leopard" - "Everything has to change so that everything stays the same" - seems to prove its validity once again here in the Palazzo Conte Federico . 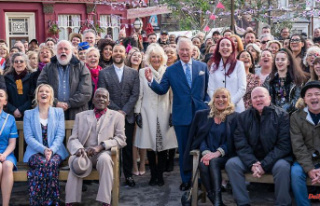