In the GDR, the judiciary could be influenced by politics. 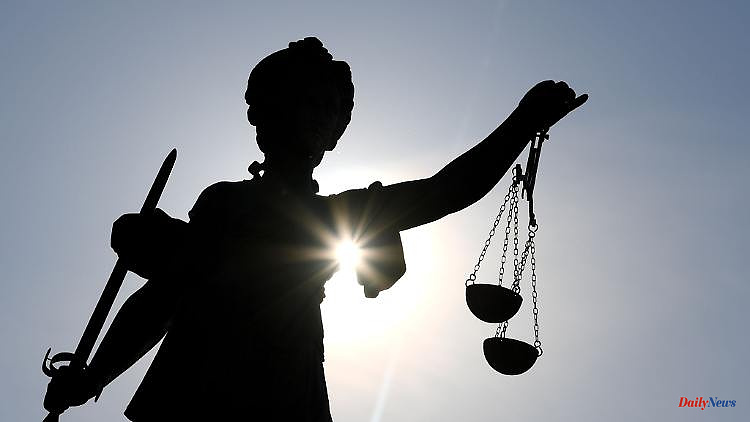 In the GDR, the judiciary could be influenced by politics. That changed after reunification. With independent courts, the rule of law was able to gain a foothold. The 30th anniversary of modern justice in MV is celebrated.

Schwerin (dpa / mv) - Mecklenburg-Western Pomerania is celebrating the 30th anniversary of its independent judiciary. An action week for school classes is planned for autumn, as Minister of Justice Jacqueline Bernhardt (left) announced on Sunday. The Ministry of Justice in the historic Neustädter Palais in Schwerin can be visited on October 22 at an open day. The individual courts offer events for schoolchildren from October 24th to 28th.

"The judiciary in Mecklenburg-Western Pomerania was reorganized when the law to adapt the administration of justice in the accession area came into force on July 1, 1992," explained Bernhardt. "The judiciary of the former GDR was finally overcome."

Bernhardt paid tribute to the achievements of the country's judiciary, which today employs more than 3,000 people. The judiciary is an independent pillar of a free and democratic society, she stressed.

After a controversial court reform in the years 2014 to 2017, in which some district courts were closed or turned into branches, there are now ten district courts, four regional courts and one higher regional court in MV. In addition, four social courts and a regional social court are contact points for people who, for example, argue with the statutory health or pension insurance or have a dispute with the authorities about basic security. There are also three labor courts and a state labor court as well as a state finance court and the state constitutional court. The judiciary also includes the public prosecutor's office and the general public prosecutor's office, four correctional facilities, preventive detention, a youth detention center and a state office for outpatient work for offenders.

According to the minister, the current challenges for the judiciary are digitization and the recruitment of young people. A wave of retirements is approaching Mecklenburg-Western Pomerania's courts and public prosecutor's offices. The opposition in the state parliament repeatedly called for the resumption of legal training at the University of Rostock in order to meet the foreseeable need. So far the government has not responded. Law up to the state examination can currently only be studied in MV in Greifswald.