If you're planning to overindulge in champagne, or if you think you'll just be too tired to drive on New Year's Eve, don't panic. 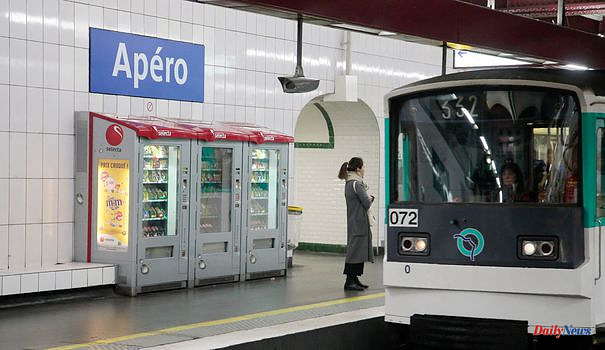 If you're planning to overindulge in champagne, or if you think you'll just be too tired to drive on New Year's Eve, don't panic. Several cities in France have provided public transport until the early morning.

In Paris, Île-de-France Mobilités, the authority in charge of Ile-de-France transport, has published a list of lines that will operate all New Year's Eve. From 2:15 a.m., six metro lines will continue to operate: line 1, 2, 4, 6, 9 and 14. Be careful, however: they will not serve all the stations on their route. Here are on the map below those that will be affected.

Stations that will be served all night at New Year.

In addition to the metro, the RER A and B will run in both directions. From 12:30 a.m., however, the other lines will only stop at all stations in the direction of Paris > Suburbs.

On the bus side, the Noctilien service active from 12:30 a.m. to 5:30 a.m. will be slightly modified. Lines N11 to N16 will not run, and the terminals located at Châtelet will be moved to other stations. Line N22, for example, "will not have its terminus at Châtelet but at Gare de Lyon", indicates the Ile-de-France Mobilités site. Bypass lines N01 and N02 will run overnight.

Detailed RER and bus maps are available at the bottom of the page via this link. For more information, go to the station or station "to the operators Optile, SNCF and RATP". And it should be noted that transport will be free from 5 p.m. until the next day at noon.

The metro in Lyon will operate according to its usual schedules, and will stop operating around 12:20 a.m. However, other means of transport will be made available. This will be the case for the four "Full Moon" lines, which connect different sectors of the city.

The PL1 which goes from Terreaux to La Doua, in Villeurbanne, will thus make four journeys per hour from the center of Lyon, between 1 and 4 am. At the same times, the PL2 will link Hôtel de Ville, Saxe-Gambetta and Grange-Blanche. Finally, the PL3 will circulate between Hôtel de ville, Valmy and the Lyon Ouest campus, always at the same times. Four routes are planned.

Finally, from 1 to 3 am, the PL4 will make the journey between Hôtel de ville and Saint-Priest Salengro. Two departures are planned. More information on this site.

In Toulouse, a sleepless night awaits the metro. Lines A and B will indeed be open continuously from December 31 to January 1, as indicated by the operator of the city's public transport network Tisséo.

For trams, line T1 will make its last departures from the Palais de Justice at 2:20 a.m. and from Aéroconstellation at 1:30 a.m. The T2 line will keep its usual schedules.

Finally, on the Transport on Demand (TAD) side, the TAD 106 will make its last departure at 2h30 from Balma-Gramont, the TAD 119 at 2h30 from Ramonville, and the TAD 120 at 3h15 from Aéroconstellation.

In Bordeaux, the three tram lines A, B, C will run all night, ensuring a passage every 15 minutes.

Relay parks where you can leave your car before using the public transport network will be open all night. A list is available on the city's transport website. An "evening pass" at 2.40 euros will allow you to access it, as well as all the tram and bus lines with unlimited access, from 7 p.m. to 7 a.m.

The buses will run at the usual hours, that is to say until one o'clock in the morning.

The Strasbourg transport company (CTS) is also planning a "special New Year's network". Buses and trams will run unusually from 7:30 p.m. on December 31 until 4:30 a.m. the following day.

Ten bus lines and tram lines A, B, C and D are affected. All the towns in the agglomeration usually served by night by bus (33 towns) will be connected.

Trams A and B will run every half hour until midnight, then every hour. The schedules of trams C and D will vary according to the directions, and the time at which you take them. All detailed information can be found on the CTS website. Please note that trams A and D will not serve Central Station between 11:30 p.m. and 5 a.m.

The North, South, South-West and West Taxibuses will operate until late at night. Le Sud-Est will make its last departure from Neuhof Rodolphe Reuss station at 11:05 p.m. All park and rides will be freely accessible, all night.

To take the bus or tram on New Year's Eve, traditional subscriptions are valid. It is also possible "for occasional travellers" who would like to make a round trip after 7 p.m. to do so for 3.30 euros.

A route search engine will also allow you to know the exact times at your stop. In the event of a problem, a number will be at your disposal until 5am. At 03.88.77.70.70, someone can help you find the route that suits you.

1 What you need to know about the transition to winter... 2 "Boom Supersonic Overture": Flight from... 3 Southern Europe: Heat, drought, forest fires: Holidaymakers... 4 "Ecuroducts", plant bridges, nesting boxes... 5 "Here, the car is essential" 6 Death of Elisa Pilarski: the results of analyzes of... 7 Coronavirus: more than one patient hospitalized in... 8 Pogacar continues to fight after a fall: Vingegaard's... 9 Criticism of "Synodal Path": Vatican prohibits... 10 Traditional and innovative: Marinella Sammarco cooks... 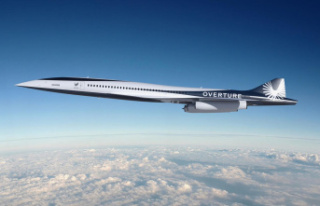 What you need to know about the transition to winter...