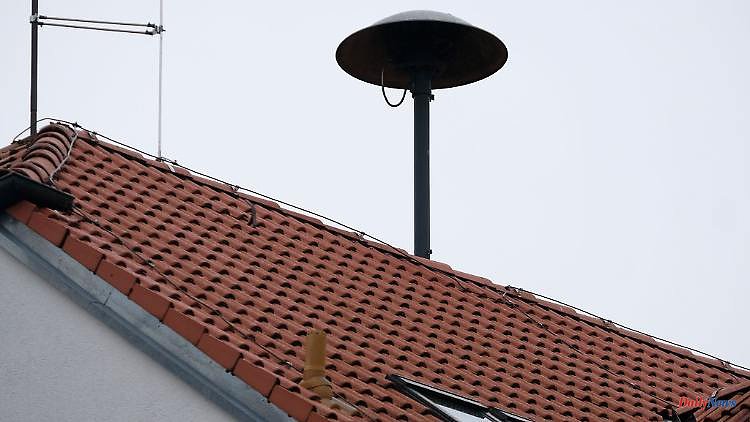 At 11 a.m. this Thursday, almost 5,600 sirens are to be heard across the country. Then it's time to keep calm, because it's just a test alarm.

Düsseldorf (dpa / lnw) - Almost 5,600 sirens are to be heard this Thursday (11:00 a.m.) in North Rhine-Westphalia for a state-wide test alarm. This was announced by the NRW Ministry of the Interior in Düsseldorf.

The so-called warning day was postponed last March because of the Ukraine war. He will now be caught up. The warning apps should also be tested. The nationwide warning day will take place on December 8th this year.

"The terrible flood disaster last summer made us all realize how important the issue of warning is," said NRW Interior Minister Herbert Reul (CDU). Reul wants to trigger the sirens in Essen at the main fire station personally.

The test alarm is not just about a functional test of the sirens: the population should be sensitized and able to classify the siren sounds. "Our goal is for everyone to learn how to behave in the event of an accident or emergency," says Reul.

The North Rhine-Westphalian Ministry of the Interior has provided detailed information on the subject of warnings and the state-wide warning day at www.warning.nrw.

The one-minute continuous siren tone at the beginning means "all clear" - no danger. Then follows the signal to "warn the population", a one-minute rising and falling howling tone.

In an emergency, that would mean: turn on the radio and listen for further information, visit the building, close doors and windows, inform the neighbors. After about ten minutes, the test ends with the one-minute continuous tone to give the all-clear. In addition, the warning apps NINA and KATWARN will accompany the siren test alarm with a push notification.

1 Markus Söder at Maischberger: "As chancellor,... 2 North Rhine-Westphalia: Deadly attack at CSD is an... 3 "Get down to business": Hendrik Wüst threatens... 4 Ten people died in Canada: Alleged knife attacker... 5 Thuringia: tense police staffing in departments 6 Mecklenburg-Western Pomerania: workers on Autobahn... 7 Saxony-Anhalt: International Guitar Festival in Magdeburg... 8 "Get down to business": Hendrik Wüst threatens... 9 Markus Söder at Maischberger: "The risk is that... 10 "I don't understand criticism": DIW... 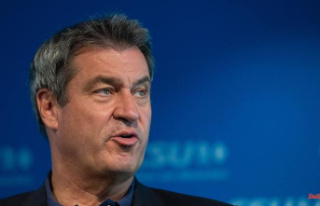 Markus Söder at Maischberger: "As chancellor,...