"Get down to business": Hendrik Wüst threatens to say no to the relief package

The federal government passed a third relief package worth many billions of euros to cushion rising energy prices, especially for low earners. 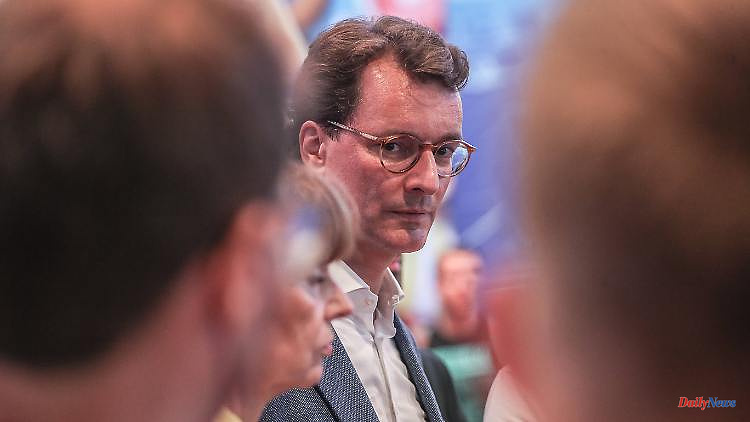 North Rhine-Westphalia's Prime Minister Hendrik Wüst is threatening the federal government with a mediation procedure for the relief package if there are no changes. "This is where the countries get down to business," said the CDU politician, who currently heads the Prime Ministers' Conference, at an event hosted by the news portal "The Pioneer" in Düsseldorf. There is no answer on the subject of medium-sized companies, the economy and energy prices. "If necessary, we go to the mediation committee." This body of the Bundestag and Bundesrat should find a consensus if laws passed by the Bundestag do not find a majority in the state chamber. The relief package decided by the coalition committee of the traffic light parties is intended to help low earners in particular to cope with the high energy prices.

Wüst criticized that it was not okay that more than 30 billion euros were tax-financed from this package and that it was automatically assumed that the countries would participate. "The Bund hasn't spoken to any of us." He had perceived the desire of many to convene a prime ministerial conference with Chancellor Olaf Scholz. An appointment with the federal government is currently being coordinated for this.

According to the Ministry of Finance, only a small part of the third relief package agreed in the traffic light coalition will take effect this year. According to initial calculations, the additional relief for 2022 was almost 13 billion euros, with the lion's share at a good 12 billion going to the federal government. This was announced by the Federal Ministry of Finance. The relief volume in 2023 totals 42.5 billion euros. Of this, 24.5 billion euros would go to the federal government.

Altogether, the relief volume for this year and next is 55.5 billion euros. Federal Finance Minister Christian Lindner had put the total volume at at least 65 billion euros on Sunday. The gap is due to the planned electricity price brake, which still has to be worked out. 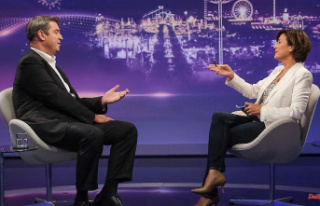 Markus Söder at Maischberger: "The risk is that...