In view of the war against Ukraine, a group of artists is targeting Russia's leadership - with prank calls. 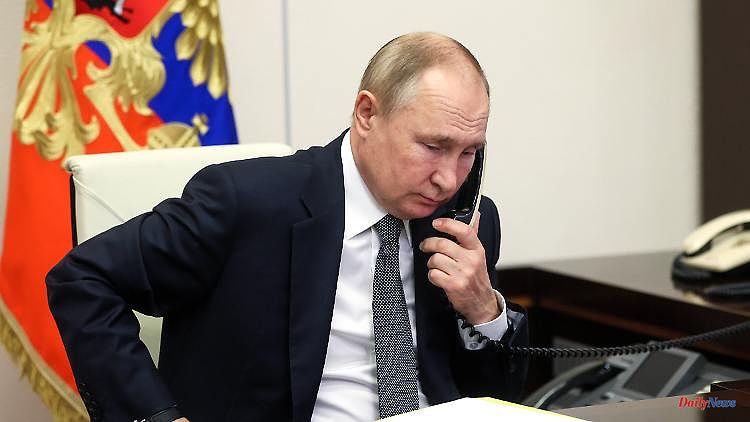 In view of the war against Ukraine, a group of artists is targeting Russia's leadership - with prank calls. Two Russian executives are to be connected to each other by telephone with a single click. The initiator of the call is allowed to overhear and enjoy themselves. But does that work?

A group of international hacktivists has launched a website designed to annoy sections of the Russian leadership. With one click, visitors to wasterussiantime.today can initiate a prank call - two randomly selected phone numbers of government, military and secret service employees are then connected to each other. The more than 5000 phone numbers are said to come from several leaks.

Although the website visitor cannot intervene in the call themselves, they can listen to the victims of the prank call trying to find out who initiated the call. At least that's the concept in theory. When you visit the ntv.de website, the prank call doesn't work, and there was talk of technical problems. According to the online portal Wired, some of the test calls were successful, with a Russian-speaking person picking up the phone in half of the calls. But only in one case were two callers connected, one of whom hung up directly.

The artist collective The Obfuscated Dreams of Scheherazade (TODS) is said to be behind the action. "We're hoping for confusion, for them to get upset, and for these calls to maybe even be of interest to people who speak Russian," a TODS member who goes by the name of Shera is quoted by Wired as saying. The website itself has the obvious motto: "If you're on the phone, you can't throw bombs." More than 5,100 visitors to the site are said to have already triggered prank calls.

According to the report, TODS came up with the idea for the campaign just one day after the start of the Russian invasion of Ukraine. However, it took three months for the website to finally be up and running. This is said to have been due to the fact that the website should first be secured against an expected counter-attack. "We think the whole system won't live forever; one day it will probably be blocked," says Shera.

The goal of the activists? "We just want to help tease the Russian military-industrial complex," Shera told Wired. "And make people laugh a little bit."

1 Only half have surrendered so far: Separatists suspect... 2 Criticism of "populism": Economist wants... 3 Because of the long wait for trial: the court releases... 4 Germs in the chocolate factory: the EU blames Ferrero... 5 Taliban had an easy time: Report: US withdrawal main... 6 Life after a stroke: Michael Hartl "could cry... 7 Wiesn boss reacts outraged: Lauterbach: Oktoberfest... 8 Kyiv should pay for nuclear power: Russia's deputy... 9 "Energy islands" planned in the sea: North... 10 "The Russians plunder Mariupol": Almost... 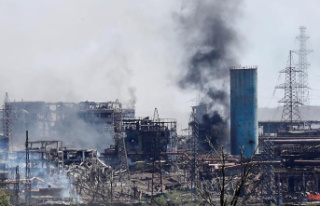 Only half have surrendered so far: Separatists suspect...