Dresden's Pillnitz Castle has actually been a place of summer merrymaking since the baroque period. 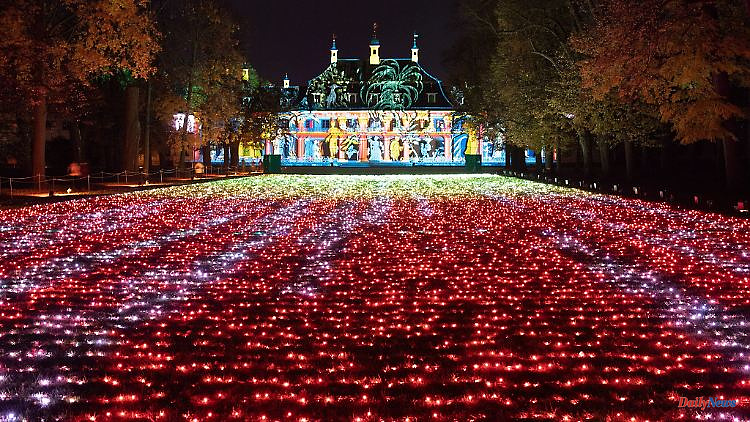 Dresden's Pillnitz Castle has actually been a place of summer merrymaking since the baroque period. After a two-year break, millions of lights turn the park into a magic garden again in winter.

Dresden (dpa/sn) - More than a million points of light turn the park of Pillnitz Castle in Dresden into a Christmas Garden again this Advent. After a pandemic-related cancellation in 2020 and 2021, the open-air experience is celebrating a comeback today. The organizers are optimistic and are counting on the season running as planned until mid-January, according to a spokesman for Christmas Garden Deutschland GmbH in Berlin. Because of the corona pandemic, there is an extensive hygiene concept.

The newly designed circular route, around two kilometers long, with more than two dozen light installations and luminous figures will have its premiere. These include an oversized glockenspiel made of floating and tinkling light bulbs that can be walked through, and a ten-meter-long carriage with a horse. The "Majestic arrival of Countess Cosel" - she was the most famous mistress of the legendary Saxon baroque prince August the Strong (1670-1733) - is projected onto the water palace behind and a carousel onto the shelter of the Pillnitz camellia, which is at least 245 years old.

The approximately 1.5 million lights transform the famous baroque complex in the east of the Elbe city into a glittering landscape every evening. Thanks to the latest LED and partly laser technology, the actual luminous flux consumption is comparatively low, according to the spokesman. 0.45 kilowatt hours of electricity would be required for the lighting per visit. Because of the energy crisis, however, the ice rink will not be used.

In 2018, the wintry light spectacle had its premiere in Dresden. At that time almost 100,000 visitors came, the following year 120,000 people. Saxony's state capital is one of a total of 18 places in Europe that are illuminated during Advent. In Germany, the Botanical Garden Berlin, the Stuttgart Wilhelma and the zoos in Cologne, Hanover and Münster, the Ehrenbreitstein Fortress Koblenz and the Deutsche Bank Park Frankfurt am Main as well as the island of Mainau glitter. 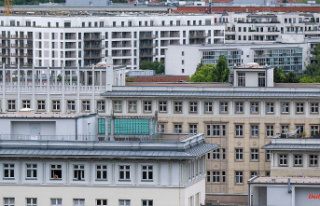