Cathie Wood has long been considered the queen of Wall Street. 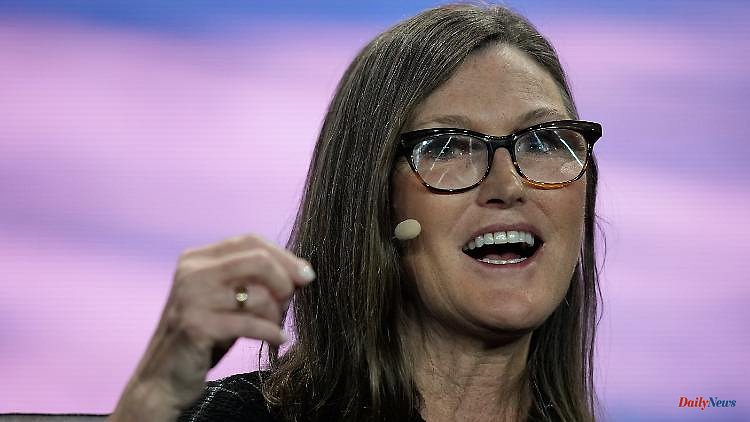 Cathie Wood has long been considered the queen of Wall Street. Their flair for innovation ensures their investors above-average returns - at least for now. The end of the pandemic and the turnaround in interest rates plunge Wood's flagship fund. Not much is left of the former glory.

If you fly high, you can fall low. This even applies to stock market legend Cathie Wood. Just a few months ago, the 66-year-old American was dubbed the "best investor in the world" by the financial media, because the history of her company Ark Invest was like an absolute success story. Founded in 2014, the investment company focuses almost exclusively on innovation and hits the mark: in 2021, just seven years after its foundation, Ark Invest manages around 60 billion US dollars. Wood's rise on Wall Street is a role model - young investors in particular follow her investment tips and advice one after the other. The star investor was celebrated as the queen of Wall Street last year. Now all that glory is gone.

Wood's flagship fund, Ark Innovation, has fallen nearly 30 percent in the past month. Since the beginning of the year, Ark Innovation has even lost more than half of its value. Wood relies on active fund management. Instead of mapping an entire benchmark index, the fund manager selects the shares in a targeted manner and thus promises more returns. This tactic worked well for a long time.

The star investor relies exclusively on stocks that deal with disruptive innovation and digitization. The focus is therefore on companies that come onto the market with new technology and a new concept and see their goal in changing social and political life in the long term. Through her stock picks in innovative areas such as electromobility, telemedicine, virtual health care and communication technology, Wood has long generated above-average returns - especially in the corona pandemic.

The best example is the electric car manufacturer Tesla - Wood's masterpiece. At the beginning of 2018, a share in the automaker was worth around $300. She was even ridiculed for her prediction at the time that Tesla shares would rise to $4,000 by 2023. But the tide turned: At the beginning of November 2021, the share price was almost 1300 US dollars after a stock split - Wood's proclaimed goal was thus even achieved early.

Many companies that Wood has invested in have benefited from the pandemic measures. Quarantine and lockdown have driven people around the world to celebrate virtual birthdays, hold work meetings digitally, and take doctor’s appointments online. As a result, tech companies like Zoom, Netflix, and Teladoc saw sales soar, and Wood's stock picks skyrocketed. "It was almost uncanny how the American high-tech stocks performed. Even companies that might not make a profit for a few years were jazzed up," says ntv stock market expert Frank Meyer, describing the situation at the time. However, that came to an end with the end of many corona measures.

Titles seeded for Wood collapsed after their pandemic records. A good example is Teladoc, a telemedicine and virtual healthcare company whose largest shareholder is Ark Innovation. Since its February 2021 high, the stock has lost over 80 percent of its value. Tesla also felt the change: The electric car maker is still Ark Innovation's largest item, but has slipped from its high during the pandemic to around 724 US dollars.

Investors who invested in Woods funds at the beginning of 2021 have lost around two-thirds of their capital to date. Although the technology-based Nasdaq100 also had to lose - in the same period it fell by just four percent. The former outperformance of Ark Innovation compared to the S

The end of the pandemic measures is not the only threat for the tech stocks. In particular, the US interest rate hike due to high inflation is deterring many investors from riskier tech stocks. The technology and growth stocks are particularly affected because they finance their growth on credit and only promise profits in the future. With the interest rate turnaround, the cost of borrowing and capital is now increasing, which reduces the company's value after discounting.

In addition, concerns about economic growth are cooling speculation. The US Federal Reserve has announced further interest rate hikes and the European Central Bank is likely to raise interest rates in the summer. This fuels fears of a recession in the US and the euro zone.

Wood blames the US Federal Reserve's tightening monetary policy for the price losses. "We could already be in a global recession," she says in her webinar. "The markets are making themselves heard quite loudly at the moment and seem to be questioning the Fed's strategy," said the fund manager.

In fact, the Nasdaq100 has fallen by as much as 10 percent since the rate hike. In the meantime, the sell-off mood is even affecting the big companies - tech giants like Apple, Amazon and Microsoft have lost a total of over a trillion dollars in market value in the past few days, according to Bloomberg data.

Wood's stock is falling victim to this trend. Their funds are the "best example" that market participants in the industry "rather speculate than invest" and prevent their customers from "having a good long-term retirement," Schroder CEO Peter Harrison teased at a conference against the former star of the Wall Street. However, the star investor wants to continue to focus on innovation and digitization. She believes in the growth of these technologies, she told US broadcaster CNBC. She expects "spectacular returns" over the next five years. 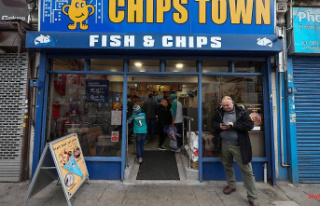