On the European motorcycle planet, France is a special case. 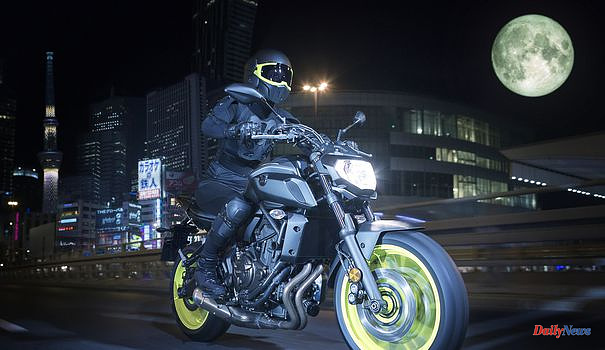 On the European motorcycle planet, France is a special case. Our country is the country that loves the most medium and large displacement motorcycles. A particularity that is far from fading: sales increased by 6% in 2018 and the 2019 vintage looks good. “The market always reacts clearly to the economic situation” explains Jean-Luc Mars, president of the two-wheeled part of the CSIAM, a trade union organization bringing together manufacturers of motorized vehicles. "The 2008 crisis had a strong impact on sales. The recovery and the fall in unemployment encouraged users of two wheels to renew their models, especially since the supply has also become more abundant."

The appearance of the motorcycle sold on our territory remains stable: it is most often Japanese and belongs to the category of roadsters, half-sport, half-road motorcycles. In 2018, there were seven among the top ten sales and the first place went to one of them, the Yamaha MT-07, the favorite of motorcycle schools. A specificity which is explained by the particular profile of the French biker, who uses his mount for both daily mobility and leisure, unlike his European counterparts.

Preferred for its versatility and value for money, the roadster must however make room for more original models. The astonishing Honda X-ADV has thus managed to join the top 10 in sales for two years. It takes up the principle of the mixture of genres which makes the success of "crossovers" in the automobile. Behind an ultramodern aesthetic, she wants to combine the talents of scooter, motorcycle and adventurer. While super sports cars are on the decline, other trends are gaining ground, starting with neo-retro, which consists of disguising modern two-wheelers as stars of the 1960s.

Behind an ultramodern aesthetic, the Honda X-ADV wants to combine the talents of scooter, motorcycle and adventurer.

The English Triumph, which had largely started the trend, continues to benefit from it thanks to a complete range of "modern classics" such as the new Street Twin 1200 cc. This fashion has even allowed certain manufacturers to find a new lease of life: after having manufactured an outdated British model in its own country for decades, the Indian Royal Enfield has returned to Europe, successfully specializing in this niche. It persists and signs in 2019 with a new twin-cylinder engine and two new models, the Interceptor and the Continental GT, inspired by the 1970s.

The other type of motorcycle that rises joins the phenomenon of SUVs in the automobile. These are the "adventure" models, adapted to paths, which also respond to the name of "trail". Some do not hesitate to give themselves the appearance of a rally-raid mount like the Honda Africa Twin Adventure.

The Yamaha MT-09 Tracer and the BMW R1200 GS Adventure are the most popular models but all manufacturers, even those who had no legitimacy in this niche, are getting into it. The offer has therefore become plethoric and novelties are piling up. In 2019, we see the Moto Guzzi V85 TT, the latest generation of Kawasaki Versys or the KTM 790 Adventure R.

English Triumph is surfing the neo-retro wave with its Street Twin.

Despite the variety of genres, modern motorcycles all follow the same evolution, towards more safety and lower pollutant emissions: European standards have gone through this. ABS has been mandatory on large displacements since 2016 and more and more models are fitted with traction control. Some manufacturers like BMW are even experimenting with amazing autonomous prototypes. The bike has not finished evolving!

If the sales of electric motorcycles remain very limited with less than 1% of the market, the manufacturers are very interested in them and compete with "zero emission" projects, each more spectacular than the other. Let us quote the Yamaha Motoroid concept with the astonishing esthetics which wants to be not only electric but autonomous. Some have moved on to the concrete, such as the American Harley Davidson, which is about to market its LiveWire, with a range of 177 kilometers and top-notch performance. Still, the advertised price, 33,900 euros, is enough to cool the ardor.

Harley Davidson is preparing to market its LiveWire, with a range of 177 kilometers and leading performance.

Another American manufacturer, Zero Motorcycle, produces only this type of motorization, which earned it the nickname Tesla of the motorcycle. It offers a complete range of models and is about to launch a new SR/F roadster with attractive aesthetics. As in the automobile, these models are however dependent on the still heterogeneous charging network and not always well located. And manufacturers are not yet under political pressure to go all-electric.

1 In western Lyon, residents are up against a cable... 2 INFOGRAPHIC - Traffic jams, travel times by train... 3 Conflans: encrypted messages, 16 people in police... 4 Griveaux said he sent "between five or six videos"... 5 "The terror continues": Olena Selenska asks... 6 Hitler assassination, war, Ukraine: Bas: Bundeswehr... 7 The day of the war at a glance: Mocked Putin sees... 8 Charité showed NRW: relief points could bring 300,000... 9 Only in reduced quantities: Gas deliveries announced... 10 "There is no superiority": the DFB team... 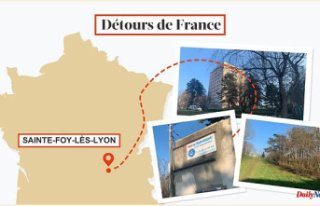 In western Lyon, residents are up against a cable...