The jaguar is back in Argentina's swamplands 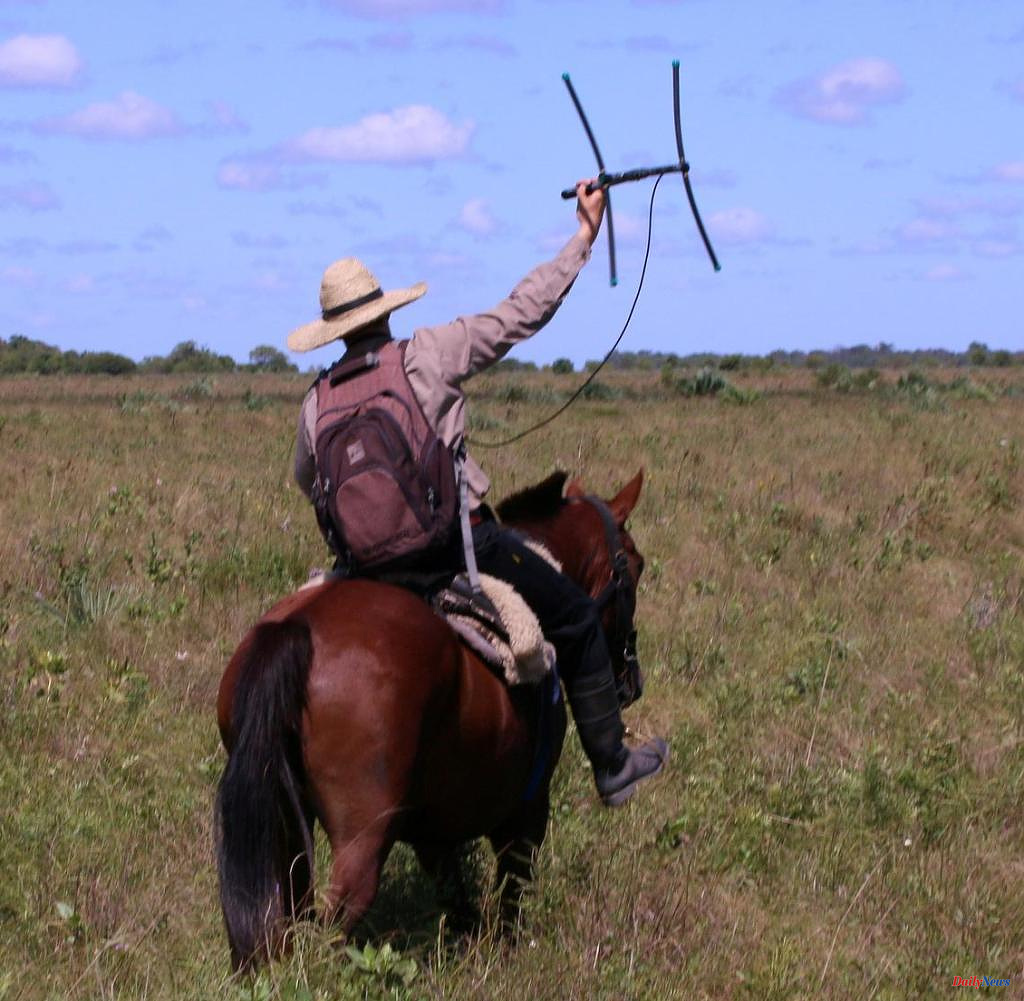 Sofía Heinonen's eyes carefully scan the horizon. A group of turkey vultures are circling in the sky above the pampas. In the distance, two marsh deer watch the approaching group of riders. "He can't be far," says the Argentine biologist, "maybe he killed an animal there this morning." Her horse slowly begins to move. Heinonen set out this morning with colleagues from her organization "Rewilding Argentina" to track down South America's largest big cat, the jaguar.

But where did the king of the pampas hide? It seems almost impossible to spot one of the animals in the sometimes meter-high swamp grass. Pablo Guerra Aldazabar raises the antenna of his receiver even higher, but no signal sounds. Just yesterday the zoologist saw a female in the area wearing a radio collar. With his tracking device, he tries to track him down again today.

There is a deceptive stillness over the swamp. Only the soft chirping of hidden birds gives an idea that this vast country in the province of Corrientes in Argentina's wild north-east is a retreat for countless animal species. The Esteros del Iberá, the continent's largest wetland after Brazil's Pantanal, was once one of the most biodiverse places in the country.

In the past 100 years, however, it has been robbed of its rich biodiversity by ranchers and hunters. Green-winged macaws, giant anteaters, tapirs, giant otters and ocelots disappeared, while maned wolves and pampas deer were on the brink of extinction. The last jaguars were sighted in the middle of the 20th century. Now they are back.

Suddenly the acrid smell of carrion hits the riders' nostrils. Sofía Heinonen has discovered the carcass of a capybara swarmed by flies. It was he who also attracted the turkey vultures and caracaras, which are related to the falcons, and which showed the biologist the way here. "Capybaras are jaguars' favorite prey," she explains. The distant relatives of the guinea pig are the largest rodents in the world, measuring up to 130 centimeters in length. "There are now thousands of them here again," says Heinonen.

Might be. The successful hunter of this capybara still doesn't want to be seen today. When the midday heat becomes almost unbearable, Pablo Guerra Aldazabar packs his tracking device back with him. "On most rides we get lucky with the female with the radio collar," he says, "but this isn't a zoo. We can never guarantee a sighting.”

In 2004, Sofía Heinonen took over the management of a project that is unique in all of South America and was only the beginning of the Rewilding Argentina initiative, which has since been expanded to several protected areas. The biologist, who previously worked in the Iguazú National Park, gradually reintroduced almost all of the large animal species that once lived here in the Esteros del Iberá.

As of 2007, giant anteaters, collared peccaries, bare-faced hokkos, red-footed seriemas, and macaws have returned. The stocks of maned wolves, swamp and pampas deer have now recovered significantly. Ocelots and giant otters from zoos and breeding programs are prepared for their imminent release in spacious, specially designed enclosures.

In 2021, the first jaguars from Brazil and Paraguay were released into the wild. Until recently, there were eight animals roaming the swampland again. Now their number has increased to ten. Because after a female had been brought to the El Impenetrable National Park in an elaborately prepared project, where she was supposed to mate with a wild jaguar, she gave birth to two cubs. It is the first time in 70 years that jaguars have been born in the wild in Iberá.

In 1997, textile billionaires and environmentalists Kristine and Douglas Tompkins bought lands on a cattle ranch in central Esteros del Iberá. Their goal of simply leaving the once species-rich marshland to nature and regaining it as a habitat for endangered species met with little understanding from the locals.

The Tompkins had previously bought huge tracts of land for conservation in Chile. As there, in Iberá they also acquired neighboring farmland, which was difficult to cultivate due to alternating floods and dry periods.

The resulting protected area has now been handed over to the Argentine government and today includes one of the largest national parks in the country. With a total area of ​​over 7500 square kilometers, it is half the size of Schleswig-Holstein.

"When I was a child, there were almost no animals here anymore," says Domingo René Gonzalez, "even capybaras were rarely seen back then." Rincón del Socorro eco-lodge, set out to show guests the wildlife of the marshlands on horseback.

The Tompkins once lived here, and the farm has now been converted into a lodge with plush rooms and a pool. Kristine McDivitt Tompkins still has an apartment here and occasionally returns here after the death of her husband Doug, who died in a kayaking accident in Chile in 2015.

"Like many locals, my parents were very critical of the Tompkins project 20 years ago," says Gonzalez. "Today they see the benefits not only for nature, but also for the population in the vicinity of the protected area." Pandemic, the swampland developed into one of Argentina's most important travel destinations.

It is especially the jaguars, which are now free again, that attract many tourists. In the meantime, foreign operators such as the British nature travel specialist Wildlife Worldwide and the South African safari company AndBeyond have also included the national park in their programme.

An armadillo flees from the approaching riders. Not far from there, dozens of capybaras have gathered on a branch of a river. They pay little attention to the horses. All around them great egrets, marbled and cocoi egrets keep a lookout for prey.

A warbird announces the group of riders with loud warning calls and scares away a flock of whistling geese. They look away excitedly, chirping. A few caimans sunbathing on the shore seem little bothered. The riders imagine they are on a voyage of discovery through a natural paradise that man has apparently never penetrated.

Although they don't see a jaguar that evening either, the intrusion into his reborn territory still fills them with awe. "My grandfather was afraid of the last jaguars because he thought they were unpredictable and dangerous," says Gonzalez. “My eleven-year-old daughter is happy to be back today. For them, the wild cat is a sign of an intact nature”. As the sun sets in the swampland, a concert of hundreds of frogs' throats begins.

Gonzalez' guests begin their return journey at dusk. They know that when night falls, the King of Ibera begins his forays. "It's still very difficult to spot him here in the wild," says the guide, "but we'll definitely see jaguars more often in the future."

For the riders, the trip into the realm of the big cat was worth it even without His Majesty appearing. The first stars are visible over the swampland. For one of the unsuspecting capybaras that the adventurers leave behind in the darkness, the last hour may just be elapsing in their earthly paradise.

Arrival: For example with Lufthansa non-stop from Frankfurt/Main to Buenos Aires. Alternatively from various German airports with Latam Airlines, Iberia or Air Europa to Madrid and from there with Aerolíneas Argentinas and JetSmart directly to Buenos Aires. From there it is at least a two hour drive to the Esteros del Iberá National Park. A rental car or a tour booked through an organizer is recommended for exploring.

Accommodation: The eco-lodge "Rincón del Socorro" (rincondelsocorro.com.ar) is a former cattle ranch and has been restored into a luxurious lodge with carefully furnished rooms. Four nights in a double room including breakfast from 1000 euros per person.

The "Estancia Iberá" (estanciaibera.com) not far from the town of Colonia Carlos Pellegrini offers inexpensive rooms and excursions for tourists. Double room including breakfast for two people from 90 euros.

Organizer: The safari operator AndBeyond has the Esteros del Iberá in its program and offers expeditions to the resettlement project in Iberá and other nature conservation projects in Chile. Tourists can accompany researchers, observe jaguars and pumas and stay in exclusive accommodation. 14 days in a double room including full board, activities and donation for Rewilding Argentina, but without flights from 15,000 euros per person (andbeyond.com). Gateway Latin America also offers trips to Iberá. 3-night package in a double room including full board and excursions from 957 euros per person (gateway-latinamerica.de).

Participation in the trip was supported by AndBeyond. You can find our standards of transparency and journalistic independence at axelspringer.com/de/Werte/downloads.

A video from 2021 shows that capybaras are not welcome everywhere:

Hundreds of capybaras cavort in the exclusive residential area of ​​Nordelta in Argentina. Local residents consider them a nuisance, destroying gardens and even attacking dogs. But the settlement is located in a swamp area and is therefore the habitat of the animals. 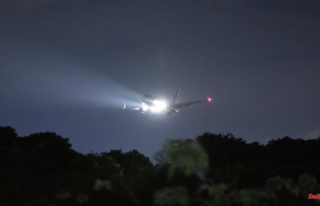