The port's industrial waste heat will soon be used

About 14 kilometers down the Elbe is the controversial Wedel combined heat and power plant, whose coal firing environment senator Jens Kerstan (Greens) would rather end today than tomorrow. 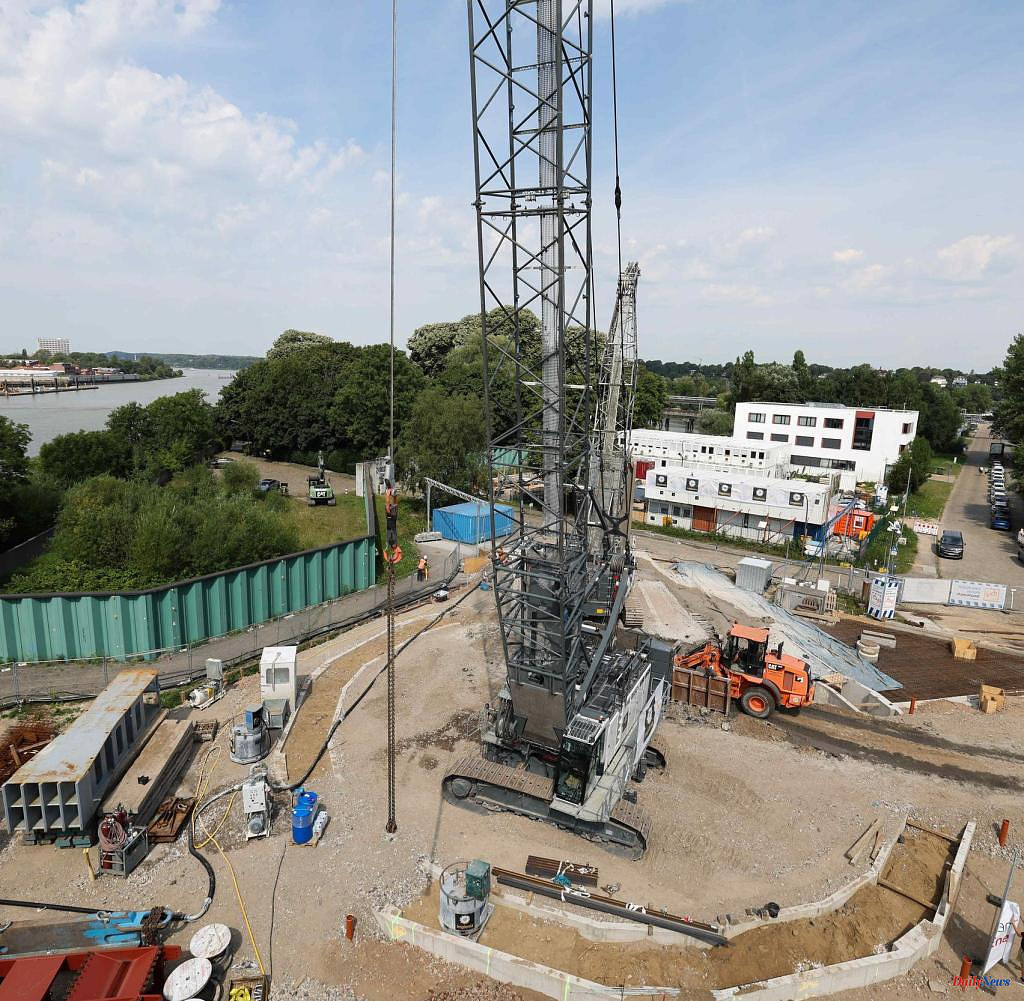 About 14 kilometers down the Elbe is the controversial Wedel combined heat and power plant, whose coal firing environment senator Jens Kerstan (Greens) would rather end today than tomorrow. The time has finally come for the change to the heating period of 2024 and 2025. Then the west of Hamburg should no longer need district heating from Wedel.

Instead, the heat is to come from the Hafen Energy Park. On Thursday, Kerstan visited one of the decisive construction sites for the project together with the managing director of Hamburger Energiewerke, Kirsten Fust, and officially announced the start of construction for the core of the new district heating supply.

In the coming weeks, an excavator will dig down to a depth of 30 meters between the petroleum port and the Köhlfleet port in Waltershof. A tunnel boring machine will then be installed in the hole, which will dig under the Elbe to the Hindenburg Park in Othmarschen. The still unnamed tunnel boring machine should later manage 20 meters per day. The new Elbe tunnel will be 1160 meters long at the end - and will carry the lines for the district heating route.

A total of 7.6 kilometers of lines have to be built for the new district heating route from the Dradenau on the southern side of the Elbe to the western strand of the existing route in Hamburg-Bahrenfeld. Waste heat from steel and aluminum production, waste incineration and the sewage treatment plant, among other things, are to be fed into the line. More than 55 percent of the heat generated will be climate-neutral.

"We have energies that we don't use today," explained Energiewerke boss Fust at the construction site of the new Elbe tunnel. So far, the industrial waste heat in the port simply fizzles out into the air or is cooled in a complex process. In order to be able to use them on a large scale, however, the lines to potential customers have so far been lacking. The new Elbe tunnel is set to change that. Kerstan made it clear that this is the be-all and end-all of the Hafen Energy Park and spoke of a "milestone" for Hamburg's energy transition.

For 16 years there have been plans to supply the approximately 240,000 households north of the Elbe in Altona and the surrounding area with heat from south of the Elbe. Originally, this task was to be performed by the Moorburg coal-fired power plant, which has since been shut down. The construction of the required district heating route under the Elbe failed in the 2010s due to protests from local residents and environmentalists.

The tunnel that is now being built takes a different route through less built-up areas and is about half the size. The two pipes that carry the around 130 degree warm water to households and the cold water back to Waltershof will each be 80 centimeters thick.

After its completion, 300 to 350 megawatts of district heating output are to be routed through the tunnel from the port to Altona. In the past few days there had been criticism of the plans – including from the chairman of the FDP in the Hanseatic city, Michael Kruse. Part of the concept for the energy park is a gas and steam turbine plant on the Dradenau. In view of the high gas prices caused by the war in Ukraine, the plans for the gas-fired power plant would have to be stopped and alternatives sought. Kruse brought a restart of one of the two power plant blocks in Moorburg into play. Coal is currently cheaper on the world market.

Both Fust and Kerstan vehemently disagreed. One wants to get away from coal as a fuel, said Fust, and the gas that is to be burned on the Dradenau is only an interim solution, she said in agreement with Kerstan. The environment senator interpreted the current situation on the energy market differently. It shows that Germany's energy supply must become more self-sufficient. This includes, above all, phasing out the burning of fossil fuels. Another key, according to Fust, is to rely on smaller decentralized units and a mix of different energy sources.

The concept of the energy port takes this into account, said Kerstan and was convinced: "Private companies would not have brought something like this off the ground." It was therefore good that Hamburg had bought back the district heating network together with the production facilities. A referendum in 2013 forced the Hanseatic city to buy back the property. The Greens, then still in the opposition, had supported the initiators at the time.

The Green politician said specifically about the combined cycle power plant on the Dradenau that it would only run at full capacity for a few hours in winter. In addition, the plant is planned in such a way that it can be operated with up to 30 percent hydrogen from day one. If enough "green hydrogen" is available, the power plant will be converted.

US presidency on the brink: Joe Biden's final...