Osman Kavala, a prominent Turkish civil rights activist/philanthropist and philanthropist, was sentenced Monday by a Turkish court to life imprisonment without parole. He was found guilty of trying to overthrow the government through mass protests in 2013. 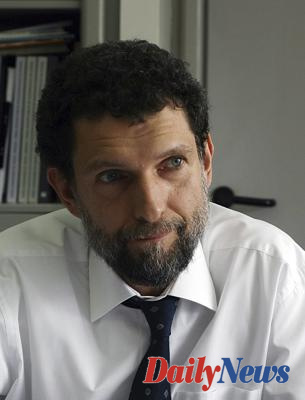 The ruling was strongly criticised by Western governments and rights organizations, one calling it "a travesty justice of extraordinary proportions".

Seven other defendants were also sentenced by Istanbul's court, including Mucella Yapici (71 years old), to 18 years each for "aiding" in the attempted attack. The state-run Anadolu Agency reported that it ordered the immediate arrest of the activists who were not yet in custody.

This verdict is likely to damage Turkey's relations with Western countries. It comes as Europe's highest human rights body, The Council of Europe, launches infringement proceedings against Turkey for refusing a ruling of the European Court of Human Rights in 2019. In 2019, Kavala was released on the grounds that his rights were being violated.

Kavala (64), has been held in Silivri Prison, near Istanbul, since Oct. 18, 2017, when he was arrested for financing the protests. Kavala and the other defendants have denied all allegations and are expected to appeal against the verdicts.

Human rights groups claim that Kavala was charged with weak evidence and that the case was politically motivated. Kavala founded Anadolu Kultur, a non-profit organization that focuses on artistic and cultural projects to promote peace and dialogue.

Kavala supporters and seven other defendants protested immediately the verdicts Monday. They shouted slogans in support the 2013 protests, which morphed into larger demonstrations against Recep Tayyip Erdoan's government.

Annalena Baerbock, German Foreign Minister, stated that the verdict "blatantly contravenes the constitutional standards of international obligations that Turkey has committed itself to as a member of Council of Europe or EU accession candidate."

Baerbock stated that Osman Kavala should be freed immediately because the European Court of Human Rights had bindingly required Turkey to do so.

The verdict was called a "dark moment" for Turkey by rights group PEN America, while Nils Muiznieks (Amnesty International director for Europe) said that it was a "travesty justice of extraordinary proportions".

"The court's decision is absurd." Muiznieks stated that the prosecution authorities had failed to present any evidence to support the baseless charges against Osman Kavala of trying to overthrow government. "We are still calling for Osman Kavala and his co-defendants to be released immediately as they appeal these harsh verdicts."

Ozgur Ozel, a member of the opposition who frequently challenges the independence of Turkey’s courts, charged the judiciary with allegedly complying with Erdogan's wishes. Erdogan is currently president.

He said to reporters outside the courthouse that justice did not prevail today, but the will of the one who runs this country was fulfilled.

Kavala, when asked for his last words in court Monday, stated that "the aggravated death sentence against me is an assassination which cannot be explained by legal reasons", according to the Media and Law Studies Association group, which has been following the trial.

Friday's defense statement by Kavala refuted the allegations, insisting that he only gave pastries to protesters and didn't give face masks. Kavala denied that he directed protests, saying they are "not plausible."

"The fact that I spent over 4.5 years in prison is a terrible loss to me. "My only consolation is that I have the possibility that my experience can help to improve the understanding of the grave problems in the judiciary," Kavala stated to the court via videoconference from Silivri.

Kavala was initially cleared in February 2020 from charges linking him to the Gezi Park protests of 2013. Kavala was remanded on charges that linked him to the 2016 Turkish coup attempt. Later, the acquittal was overturned and the case relating to the coup attempt was merged. The Turkish government attributes the coup attempt to the U.S-based Muslim cleric FethullahGulen. Gulen denied any connection to the attempted coup.

According to Anadolu, Monday's court acquitted Kavala from charges related to the coup attempt. They said there wasn't enough evidence.

After they demanded his release on October 4, Kavala's continued imprisonment sparked a diplomatic crisis among Turkey and 10 Western countries including the United States and France.

Erdogan accused Kavala of being the "Turkish Branch" of George Soros, a billionaire U.S. Philanthropist, who the Turkish leader claims has been behind many insurrections. Erdogan threatened to expel Western diplomats who interfere in Turkey's internal affairs.

2019 European Court of Human Rights decision that Kavala was imprisoned in an attempt to silence him and other human right defenders, and was not supported by evidence of an offence.

The long-running infringement process by Council of Europe (a 47-member bloc that upholds Human Rights) could result in Turkey losing its voting rights and membership in the organisation.

Erdogan dismissed the infringement proceedings, stating that Turkey would not "recognize anyone who does not recognize our courts." Turkey had claimed that Kavala's arrest was connected to the 2016 attempted coup, and not the earlier charges that were reviewed at the European court. 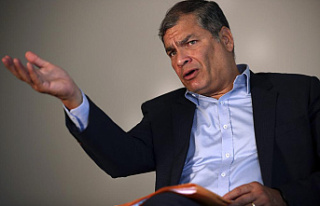