Two years after the tragedy in Beirut, bereaved parents between ire and despair

"You can learn to live in sadness, but there is an anguish and anger that never ceases to grow" in the absence of justice, Tracy, Alexandra's mother, told AFP as she approached. 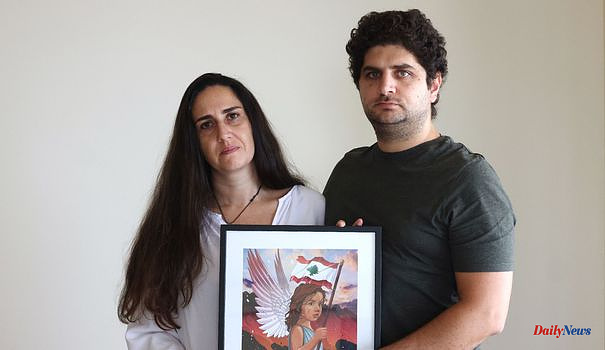 "You can learn to live in sadness, but there is an anguish and anger that never ceases to grow" in the absence of justice, Tracy, Alexandra's mother, told AFP as she approached. the anniversary of the drama Thursday.

On August 4, 2020, the life of the couple who lived in a house opposite the port of Beirut, and those of the inhabitants of the Lebanese capital, were turned upside down when a gigantic explosion killed more than 200 people and injured 6,500 and destroyed thousands. of buildings.

Since then, Paul and Tracy Naggear have embarked on a long and difficult quest for justice in a country ruled by a political class unchanged for decades and accused of corruption, inertia and incompetence.

Like hundreds of relatives of victims, they received no response from their leaders as to the presence of tons of ammonium nitrate stored without precaution at the origin of the explosion.

And with investigations stalled since late 2021, due to political stonewalling, not a single official has been tried.

The main investigator, Tarek Bitar, who was prosecuting certain senior officials, was prevented from continuing his mission by a series of lawsuits brought against him.

The powerful armed movement of Hezbollah, a heavyweight in Lebanese politics, accused him of bias and called for his replacement.

"At the beginning, we had hope because people were with us and demonstrated with us (...) but today, we feel alone", says Tracy, 36, who moved with her husband at the mountain of Beit Mery, east of Beirut.

"This tragedy is the cause of a country, not the cause" of the families of the victims only, she adds.

"It's tiring to live in a country where justice does not exist (...)", adds Mr. Naggear.

"The criminal does not judge himself," continues the bereaved father, referring to the political class that many Lebanese accuse of "complicity" and negligence in the explosion.

The tragedy at the time breathed new life into the popular uprising that broke out in October 2019 against the political class, widely accused of being responsible for the unprecedented economic crisis in Lebanon.

For several days, clashes pitted demonstrators against the security forces, but the protest gradually waned in the face of the worsening economic situation and the coronavirus pandemic.

Today, Paul Naggear believes that justice can only be served through an international investigation.

In June 2021, more than fifty Lebanese and international organizations, alongside the families of the victims, called on the UN Human Rights Council to "set up an international, independent fact-finding mission and impartial". In vain.

Under the impetus of its head at the time, the Lebanese deputy and lawyer Melhem Khalaf, the Beirut Bar Association had filed a complaint against the Lebanese State on behalf of a group of 1,200 victims of the explosion. But the investigations are also suspended.

Several internal and external factors hampered the investigation, including "the politicization of the case", says Mr. Khalaf.

Several countries, including the United States and France, have not responded to requests from Lebanon to provide it with satellite images of the moment of the explosion, and the Lebanese justice system has still not received the final reports from foreign experts. who participated in the preliminary investigations.

This reflects "a desire for obstruction," said Mr. Khalaf.

With hopes of one day getting justice, Tracy and Paul Naggear want their son Axel, born in March, to be involved in their quest.

"We will fight for justice and truth until death", insists Tracy. "And if we die without succeeding, I would like Axel to take up the torch." 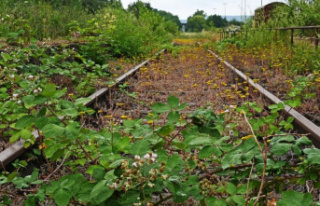