Ukraine, energy, work... What to remember from the July 14 interview with Emmanuel Macron

Since 2017, Emmanuel Macron had only spoken once on National Day: it was in 2020, in the midst of the Covid-19 health crisis. 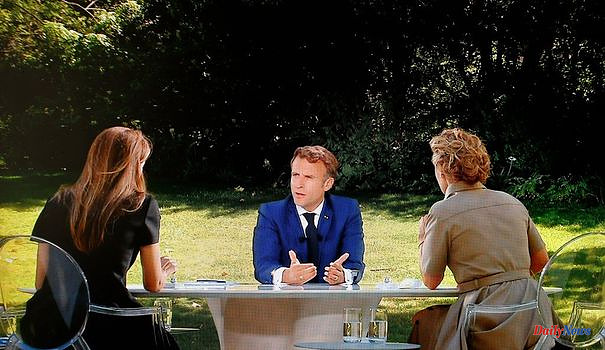 Since 2017, Emmanuel Macron had only spoken once on National Day: it was in 2020, in the midst of the Covid-19 health crisis. While a political crisis is brewing, the President of the Republic speaks this Thursday, July 14 in front of the French, worried about the decline in purchasing power and the consequences of the war in Ukraine.

Emmanuel Macron spoke of the new military programming law, which should make it possible to adapt the French army to the new geopolitical context, marked by the return of war to the gates of Europe. “We will intensify the effort and produce military equipment more quickly,” the president said. According to him, the war in Ukraine will continue for a long time. "We must all be prepared for it to last. Summer and the beginning of autumn will undoubtedly be very hard", because of Russia's determination to take Donbass, said the head of the State.

In this context, the increase in energy prices follows logically, especially since Russia seems to be using gas as a weapon of war. "We must prepare for a scenario where we will have to do without Russian gas", estimated Emmanuel Macron, who calls for the general mobilization of the States. While not very dependent on Russian gas, France will continue to secure volumes of gas elsewhere than in Russia, for example in Qatar or Algeria.

The President of the Republic also announced that he was going to ask for the preparation of a plan to reduce energy consumption. The state will prepare this summer "an energy sobriety plan", to face the risk of shortage linked to the war in Ukraine. "We must collectively enter into a logic of sobriety", "we will prepare a plan to put ourselves in a position to consume less", declared Emmanuel Macron. "We are going to try to pay attention collectively in the evening to the lights which are useless, we are going to make a plan for the public administrations, we are going to make a sobriety plan", he specified.

In order to jointly fight against unemployment and the large number of unfilled positions, Emmanuel Macron has promised a text of a law on labor reform "as of this summer", which will concern unemployment insurance but also training, in particular for seniors. .

"As of this summer, there will have to be a text of law, after discussion with the social partners", said the President of the Republic, who mentioned the "reform of the RSA", a "reform of France Travail", but also that of the vocational high school and "lifelong" training. "The best response to purchasing power is work," said Emmanuel Macron, announcing that he wanted to strengthen apprenticeship training. Without specifying the terms, Emmanuel Macron wishes to modify the use of unemployment insurance and to value the acquired experience.

The subject of postponing the legal retirement age was then discussed. "What I am committed to is to say that we must gradually shift the legal retirement age to 65 by the 2030s, which means a little less than two years by the end of the five-year term", explained Emmanuel Macron, reiterating the need to "work more and longer". The discussion should begin "at the start of the school year" for a desired entry into force in "summer 2023".

Emmanuel Macron also affirmed that he wanted to launch his National Council for Refoundation "at the end of the summer" and thus use "all the instruments so that our democracy is a living democracy". This new institution must bring together the political, economic and social, associative forces of the elected representatives of the territories and the citizens drawn by lot. Its first mission could be, according to the president, to discuss and review the agreements in the branches where the minimum wage is below the minimum wage.

On the "Uber Files" file, an investigation based on thousands of internal documents at the American company of private drivers Uber where Le Monde concluded that there was a secret "deal" between the company and Emmanuel Macron when he was François Hollande's Minister of Economy (2014-2016), the president brushed aside the many critics accusing him of being a "lobbyist".

He denounced "cries of storms", while the deputies of the left Nupes formation asked for the opening of a parliamentary commission of inquiry in the National Assembly. The head of state denied having worked specifically in favor of the company. "Do you think we need to move towards more transparency on the role of lobbies in the making of the law, for example, I think that's what we are doing", continued the Head of State, without further details.

Emmanuel Macron has "totally" assumed his action with regard to Uber. "It's a political fight that I claim" he declared, boasting of his defense of an "opening of the market" which has created "thousands of jobs". The President of the Republic confirmed that he would do the same thing today, before specifying that he had "discussed with several companies and not with Uber in particular". In particular, he felt that he had enabled many young people in difficulty "to go to work".

Regarding the blockages that the presidential camp could suffer in the National Assembly, Emmanuel Macron described certain alliances within the opposition as "baroque coupling", certainly referring to the joint vote of France Insoumise and the National Rally on the health bill, emptied of its substance after the session of Wednesday, July 13 in the Assembly.

The President of the Republic called for collective responsibility and consistency in compromises. Recalling that the French had trusted him by re-electing him last April and giving him a relative majority in the legislative elections, he felt that the country was waiting for the different political forces to work together.

1 Incidents at the Stade de France: what to remember... 2 Ukraine: Russia expands its offensive, kyiv asks for... 3 Fencing: Enzo Lefort new foil world champion 4 Covid-19: what to remember from the bill approved... 5 Motion of censure of the Nupes rejected: who voted... 6 Succession of Boris Johnson: a final duel between... 7 Space conquest: China's plan to dethrone the... 8 Vaccine against Covid-19: the second reminder extended... 9 Covid-19: the three scenarios of the Scientific Council... 10 Severance, WeCrashed, Abbott Elementary… Ten series... 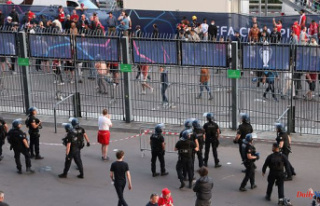 Incidents at the Stade de France: what to remember...