To overcome the fall in Russian gas deliveries, Brussels has proposed a plan to reduce European demand by 15% with a limitation of the heating of certain buildings, the postponement of the closure of nuclear power plants and companies encouraged to reduce their needs. 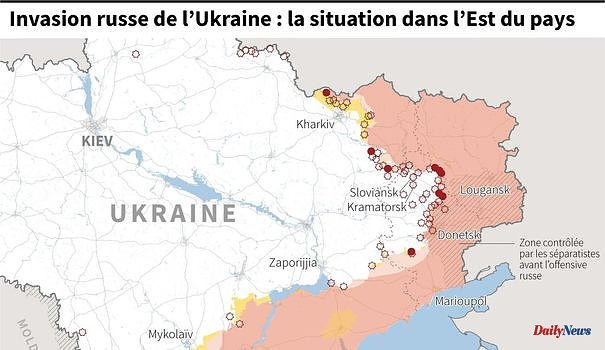 To overcome the fall in Russian gas deliveries, Brussels has proposed a plan to reduce European demand by 15% with a limitation of the heating of certain buildings, the postponement of the closure of nuclear power plants and companies encouraged to reduce their needs. But Spain has already indicated its opposition.

On the military front, Russian Foreign Minister Sergei Lavrov said Russia's goals are no longer limited to eastern Ukraine alone, but also concern "other territories" and could expand further. . He justified this change by a "different geography" compared to the situation on the ground at the end of March.

Part of the assault on February 24, Russia said it wanted to focus on the Donbass basin, a mining region partly controlled by pro-Russian separatists since 2014, after notably failing to take kyiv, the Ukrainian capital.

"It is no longer just the people's republics of Donetsk and Lugansk (two separatist territories in eastern Ukraine, editor's note), it is also the regions of Kherson and Zaporizhia (in the south, editor's note) and a series of 'other territories and this process continues, steadily,' Lavrov told the Ria-Novosti news agency and RT television channel.

Lavrov also said that holding talks with Kyiv would make "no sense in the current situation", saying that previous contacts had "only revealed the lack of will on the part of the Ukrainian side to seriously discuss anything it would be".

Ukraine responded to the Russian announcement by calling for more weapons and additional sanctions against Moscow. "The Russians want blood, not negotiations. I call on all partners to strengthen sanctions against Russia and to speed up arms deliveries to Ukraine," wrote the head of Ukrainian diplomacy Dmytro Kouleba.

Ukrainian First Lady Olena Zelenska, on a visit to the United States, for her part made a vibrant plea to the American Congress: "I ask you for more weapons (...) to protect everyone's homes and the right to wake up alive in these homes," she said.

The Russian army has made gains in recent weeks in the Donbass, including breaking the double lock of Severodonetsk and Lysychansk, two cities in the Lugansk region, which cleared the way for it to try to advance towards the cities. from Kramatorsk and Sloviansk, further west in the Donetsk region.

Heavy fighting continues to unfold in this part of Ukraine, with kyiv able to count on recent deliveries of more capable Western artillery pieces.

Mr. Lavrov also warned that if the West continued to supply Ukraine with weapons capable of striking at long range, such as the American Himars multiple rocket launchers, Russia's geographical objectives would still evolve.

In the south, new bombings left at least two dead and nine injured in the city of Nikopol, lamented its mayor Oleksandre Saïouk.

According to regional official Oleksandre Vilkoul, the Russians fired salvoes of Grad missiles from occupied territories in southern Ukraine, 30 of which hit the city.

Among the injured, four are children, the youngest being three years old. "Three buildings were completely destroyed, up to ten others damaged," he said.

In Kharkiv, in the northeast, shelling killed at least three people, local authorities said. Among the victims, a 13-year-old teenager killed near a bus stop whose body AFP journalists saw and relatives in shock, kneeling near him, amid broken glass.

In the immediate future, Europe is suspended from Moscow's decision whether or not to reopen the valves of the Nord Stream gas pipeline, which mainly supplies Germany and has only been delivering 40% of its capacity since mid-June.

Russian President Vladimir Putin hinted that the pipeline could restart Thursday morning but that if Russia did not receive a missing turbine, it would only operate at 20% capacity. “A pretext”, immediately reacted Germany.

The German operator Gascade assured to foresee a recovery as of Thursday at the level of "before maintenance", or 40% of the capacities. At the start of the evening, the president of the German Network Agency, Klaus Müller, estimated that the delivery could finally be Thursday only "about 30%" of the capacity of Nord Stream 1.

In Brussels, the European Commission is preparing people's minds for gas shortages which could slow down economic activity and lead to difficulties in heating during the winter.

"Russia uses gas as a weapon. In the event of a total interruption, Europe will have to be ready", launched the president of the European executive, Ursula von der Leyen.

But the European plan is not unanimous. The Spanish government has said it is opposed to the reduction in gas consumption by at least 15% desired by Brussels for all the Member States of the European Union, judging that this measure was not necessarily "fair". nor "effective".

Madrid also regretted that this measure was not discussed beforehand. This plan must be discussed on July 26 during a European Council.

Regarding another sensitive file, relating to cereals, Russian President Vladimir Putin has dampened the hope of a resumption of exports by the Black Sea of ​​the 20 million tonnes of Ukrainian cereals blocked due to the war.

"We will facilitate the export of grain from Ukraine, but assuming that all restrictions on possible export deliveries of grain from Russia are lifted," he said.

The war led to a jump in the price of cereals (wheat, maize), unsustainable for the countries most dependent on their imports, such as Egypt, Lebanon and Tunisia.

Finally, completing the six sets of sanctions adopted since the start of the war, the European Union approved an embargo on gold exports from Russia. It will also freeze the assets of the Russian bank Sberbank and add several personalities and entities to its blacklist. 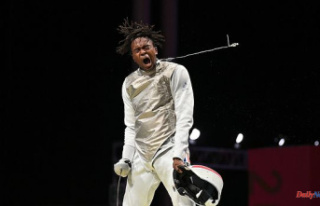