If the felt-tip hadn't been the work of a Russian sportsman, the image might have fueled the bravado of those who mock the good feelings of sportsmen calling for peace when conflict arises around the world. 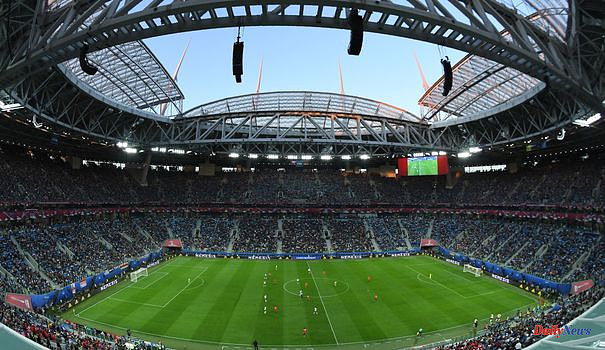 If the felt-tip hadn't been the work of a Russian sportsman, the image might have fueled the bravado of those who mock the good feelings of sportsmen calling for peace when conflict arises around the world. On Friday, tennis player Andrey Rublev, world number 7, beat his Polish opponent Hubert Hurkacz and grabbed the marker handed to him by the tournament organization for the traditional ritual that has shaken the tennis world for years: signing the meeting camera. The Russian agrees: "No war, please".

The image invites itself on television sets around the world. Several observers or sports partners salute his courage while most dissenting voices are now muzzled inside Russia. Just the day before, more than 800 Russian citizens had been arrested after gathering in Moscow to oppose the war in Ukraine.

Rublev is far from the only actor in the world to have reacted publicly to the military invasion ordered by Moscow. Many European footballers, from the German championship to England, posed in front of banners calling for peace. The Polish Iga Swiatek, winner of Roland-Garros in 2020, dedicated her victory in the final of the Doha tournament "to all the people who suffer in Ukraine". During the basketball game between Spain and Ukraine (88-74) counting for the qualifications for the World Cup-2023, the initiative of the Ukrainian players to paint their cheeks in the colors of the Ukrainian flag was welcomed by the public of the arena.

The actor most followed remains the sports institutions themselves. The position of UEFA, the regulatory authority for football in Europe, is undoubtedly the one that Moscow scrutinizes most closely. Meeting urgently in the executive committee by videoconference in Nyon, it decided to withdraw the organization of the final of the Champions League football from the Saint Petersburg stadium to award it to Paris. While the 2018 World Cup final was held in Moscow, it is a major economic and symbolic loss for the country led by Vladimir Putin.

It reflects a cooling of relations between the two institutions, which have been close since the signing of a sponsorship contract with the Russian gas leader, Gazprom in 2012. UEFA is considering the idea of ​​no longer associating its name with that of a company run by Alexei Miller, close to Putin and appearing on the list of personalities affected by American sanctions. Gazprom is however at the heart of Russia's rapprochement strategy with Europe, and more specifically Germany, via the Nord Stream 2 gas pipeline network. West of Germany, has decided not to show Gazprom on its tunic any more while it is the only European club to be contractually bound with the energy company.

In this context of armed conflict which also takes on the appearance of a war of influence, sport illustrates the new status of Russian athletes: undesirable. Poland, a neighbor of Ukraine hosting tens of thousands of refugees, has announced that it will refuse to face Russia in March in a play-off match for the FIFA World Cup. Sweden followed suit. "Whatever Fifa decides, we will not play against Russia," FIFA president Karl-Erik Nilsson said in a statement. In biathlon, the International Federation has decided to ban the anthems and flags of Russia during World Cup events on Saturday.

This decision follows the call of the International Olympic Committee, organizer of the mass of international sport of the Olympic Games: it urged the international sports federations to cancel or relocate any event planned in Russia this Saturday. The four major bodies that govern world boxing responded favorably on Saturday by no longer authorizing the holding of championships in Russia. The International Automobile Federation (FIA) had not waited for the organization's recommendation to make a decision since it had opted, on Friday, for the cancellation of the Formula 1 grand prix in Sochi, the seaside resort located in the Caucasus. Launched by reigning world champion Max Verstappen and four-time crowned driver Sebastian Vettel, the race was simply canceled six months before its start.

A mechanical sport driven by a race for technological innovation, Formula 1 is the king sport of collaboration between sports promoters and companies. It is no coincidence that the last manufacturer to have won the world championship bears the name of an energy drink brand, Red Bull. For several years, many teams have approached Russian companies to finance their single-seaters...

The Haas car, February 24, 2022, in Barcelona, ​​in Russian colors before it was redacted the day after the Russian invasion of Ukraine.

The American Haas team had chosen to display the colors of the Russian flag this season to highlight its main sponsor, Uralkali, a Russian company specializing in the production and sale of potash. In reaction to the Russian invasion on Friday, team management broke with the sponsor and painted the car all white. English football club Manchester United has also terminated Russian airline, Aeroflot, as it ended it on Friday. A few kilometers away, the Chelsea football team in London is closely following the development of the conflict. Its owner, Roman Abramovich, an oligarch whose fortune is presented as acquired thanks to the intervention of Vladimir Putin, withdrew on Saturday evening. The great fortune has entrusted the management of his club to the administrators of his charitable foundation. Without taking a position on the responsibilities involved in the outbreak of this war, the coach of the London team, Thomas Tuchel had confided to being disturbed by the situation of the management team at the head of his club.

1 Visa canceled, possible expulsion ... The psychodrama... 2 Success rate, courses, mentions... The results of... 3 How the baccalaureate pass rate fell sharply in 2022 4 Drop in unemployment: what assessment for Macron's... 5 Why Western cities are always attracting more working... 6 Wine tourism: how about listening to concerts in the... 7 Languedoc: wines to offer or taste during the holidays 8 Wines: the best online sales sites 9 Matcha, Winespace... Sommeliers connected to the supermarket 10 Mystery of the monolith in Utah: a publicity stunt... 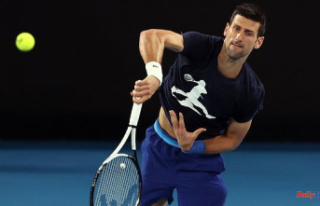