A crisis, what crisis? Despite the heavy repercussions of Covid19 on entire sectors of the economy such as tourism and air transport, salaried employment has returned to, and even exceeded, its pre-crisis level. 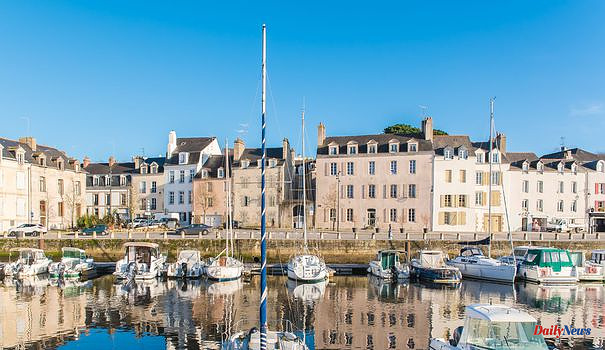 A crisis, what crisis? Despite the heavy repercussions of Covid19 on entire sectors of the economy such as tourism and air transport, salaried employment has returned to, and even exceeded, its pre-crisis level. Job cuts this year reached their lowest level since 2009, according to the research firm Trendeo, while INSEE has just revised upwards its estimates of job creation in France. The "whatever it takes" worked beyond expectations.

Some cities are even surfing on an impressive dynamic, like Bordeaux. The attractiveness of the Gironde capital, which is not new, has been further strengthened with the three confinements. For eight years in a row, it has been ranked first in the "Great place to work" survey of municipalities where it is good to work. The people of Bordeaux appreciate the living environment of their city; its location close to the Atlantic Ocean, the Arcachon basin and the Pyrenees, not to mention its economic dynamism and the possibility of reaching Paris by TGV in just two hours.

More generally, the "call of the West" is becoming stronger among working people. "For thirty years, Ile-de-France has recorded a negative migratory balance", recalls the specialist in territorial dynamics Olivier Portier. The movement benefits metropolises such as Nantes or Bordeaux but also smaller municipalities such as Vannes, La Rochelle or Bayonne. "These are relatively unindustrialized territories, which have suffered less than the North or the East from Asian competition", underlines Olivier Portier. Service companies have taken up residence there, like the digital start-ups Doctolib, Talend or Nickel, which have opened offices in Nantes.

The situation is more difficult for the majority of medium-sized cities, which are struggling to attract employees and businesses. For them, the government launched in 2017 the "Action heart of the city" plan to revitalize 222 municipalities such as Cahors, Troyes or Vierzon. With success. In Châteauroux, the Town Hall has notably recorded 37 net store openings since 2017 thanks to a battery of measures aimed at revitalizing its city center. For example, it has introduced a tax on commercial premises that have been vacant for more than two years. At the same time, traders who set up shop benefit from aid corresponding to 75% of the rent for the first year. "Since 2013, we have managed to lower the commercial vacancy rate from 15.8% to 10.8%, and we are aiming for 8% by 2026", explains Gil Avérous, mayor of the town and president of the agglomeration castelroussine.

Re-elected in the municipal elections last year, the quadra intends to devote his second mandate to the training and retraining of the unemployed, while the last factory manufacturing aluminum rims in France, located in Diors, near Châteauroux, threatens to close. At the same time, the agglomeration intends to turn towards the industries of tomorrow. The Balsan district has thus inaugurated the Cité du Numérique, which houses innovative companies, as well as a branch of the HEI engineering school. Elsewhere, the territories strive to make the most of their economic fabric, a product of their history. The presence of Toyota in Valenciennes associates the image of the city with that of the automotive industry. Recognized worldwide for its comic strip festival, Angoulême has set up an Image Campus made up of twelve schools, which train more than 1,200 students each year in graphic design, animated film and video games. Toulouse, meanwhile, obviously continues to invest in aeronautics.

Border towns are a special case. Annecy, for example, "benefits from high incomes because many of its inhabitants work in Switzerland, describes Olivier Portier. Similarly, half of the income of the agglomeration of Nancy comes from Luxembourg." Located an hour by car from the Grand Duchy, even the former steel town of Longwy has seen its population increase with cross-border workers, who represent more than half of its assets.

While the theme of relocations has come back in force since the Covid19 epidemic, the French industrial fabric is nevertheless struggling to develop. Last year, the Trendeo research firm recorded 22 net factory closures, after three years of positive balance. In aeronautics, 8,800 jobs have been lost in the Occitanie region. On the other hand, some cities are doing well thanks to well-considered investments in the sectors of the future. Le Havre is taking full advantage of the transition to renewable energies. The industrial port, which has around 17,000 jobs (Chevron, Renault, etc.), will inaugurate in 2022 a gigantic factory of blades and nacelles for offshore wind turbines, operated by Siemens Gamesa. At stake: no less than 750 direct and indirect jobs. “This factory will be able to diversify in a second time in floating wind turbines and marine energies”, underlines Jean-Baptiste Gastinne, first vice-president of the urban community, in charge of economic development.

The city led by Edouard Philippe, which hosts Total and ExxonMobil refineries, is also counting on hydrogen, an energy of which it consumes 30% of the total in France. Pilots of hydrogen boats are already transporting goods by the Seine from Le Havre to Paris. With a more interesting environmental impact than river vessels running on fuel. Le Havre is nevertheless an exception. The presence of a large available industrial zone is rare. "Industrialists encounter difficulties in investing in France because there is a lack of land", observes David Cousquer, the director of Trendeo. The acceptability of installations is another major obstacle because factories are like wind turbines: everyone wants them, but not close to home. This is why the tertiary sector still has a bright future ahead of it. The towns on the Atlantic coast have understood this well. :

1 Wine tourism: how about listening to concerts in the... 2 Languedoc: wines to offer or taste during the holidays 3 Wines: the best online sales sites 4 Matcha, Winespace... Sommeliers connected to the supermarket 5 Mystery of the monolith in Utah: a publicity stunt... 6 Corsica: a deceased man elected to the municipal council 7 A new Prime Minister, a female Polytechnique Major...... 8 Clément Beaune: "Eurovision is a form of soft... 9 Winter sales: traders hope to make up for the shortfall... 10 The French, European motorcycle champions 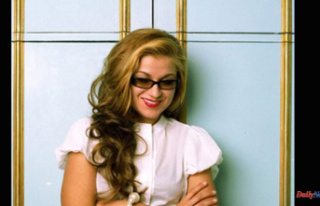 Wine tourism: how about listening to concerts in the...