Visa canceled, possible expulsion ... The psychodrama between Djokovic and Australia in seven acts

Game over for the world number one in tennis. 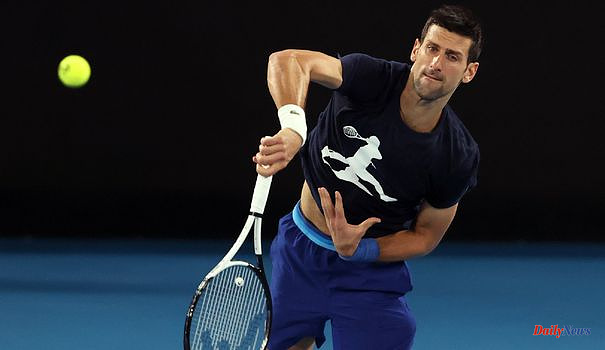 Game over for the world number one in tennis. Novak Djokovic must give up his participation in the Australian Open, the first Grand Slam tournament of the season organized from Monday in Melbourne. This Sunday, the Australian Federal Court ruled: it rejects the appeal of "Djoko" against his expulsion from the country - ordered by the government which considered that the world number one, not vaccinated against Covid-19, represented a "health risk ". "I am extremely disappointed with the Court's decision to reject my appeal against the Minister's decision to cancel my visa," wrote the player, adding that he respects this decision. As "Nole" prepares to leave the country, the Australian government welcomes his victory against Djokovic - a standoff that has lasted for several days.

The 34-year-old Serb must therefore give up on his future participation in this same tournament, which he has already won nine times, a record. More broadly, his non-vaccination raises the question of his future participation in the three other Grand Slam tournaments of the season, Wimbledon, Roland-Garros and the US Open, he who still dreams of overtaking his rivals Roger Federer and Rafael Nadal in the race for supreme titles, with the obtaining of a 21st Grand Slam title... A look back at an extraordinary affair in seven acts.

Novak Djokovic has never communicated on his vaccination status. But his skepticism about vaccines is far from a secret. It is in this context that on January 4, the tennis player announced on social networks that he had obtained a "derogation" to participate in the Australian Open. Ordinarily, participants must provide a certificate of vaccination or a medical exemption issued by a panel of independent experts.

A few days earlier, on December 31, SotoTennis academy tweeted a video of Djokovic training in Marbella, Spain. On January 2, the local newspaper Diario photographed him training, still in Marbella. In perfect health.

Novak Djokovic arrives on the evening of January 5 at Melbourne Airport. Quickly, he finds himself blocked there for not having filled in the correct form for the visa requested in order to enter the country. Australian Prime Minister Scott Morrison demands from the Serb that he provide proof that the "medical waiver" he enjoys to participate in the tournament is justified, otherwise he will be sent "home on the first plane". The next day, Novak Djokovic filed a legal appeal against this cancellation and his expulsion. He is placed in a detention center, a hotel, until his situation is unblocked.

Surprise, January 8. So far discreet about his medical exemption, Novak Djokovic's lawyers indicate that it was obtained because of a positive screening on December 16, two days after attending a basketball match in Belgrade. But this information throws a little more trouble on his situation. Before obtaining the result, the player attends the launching of a stamp with his effigy.

Above all, on December 17, the Serb took part in a meeting with young tennis players. He claims to have carried out a second antigenic test, also negative, beforehand. “I had no symptoms, I felt good and I had not received the notification of the positive PCR before the end of this event”, he assured in a press release posted on Instagram on January 12.

Of which act. Still, on December 18, still in Belgrade, he did an interview and a photo shoot with the French sports daily L'Equipe. He knows at this moment that he is positive for Covid. "I felt compelled (...) because I didn't want to let the journalist down, but I made sure to respect social distancing and wear a mask, except when my photo portrait was done," he says. . The Serb recognizes "an error in judgment" and admits that he "should have postponed this engagement."

On January 10, an Australian judge orders the immediate release of Djokovic. For him, if the authorities had given him time, he “could have consulted other people and presented arguments as to why his visa should not be canceled”. In a press conference held by the Djokovic clan, the tennis player's mother claims that her son "was subjected to torture" during his detention. "Novak was deprived of his 'human rights', including being forbidden to contact his friends, his team or his lawyers, supports his father. The Australian government concedes that the way this interview was conducted was not "reasonable". A government lawyer, however, warns that the government can still decide to deport him.

Novak Djokovic, considered a "modern-day Spartacus", and who has become the hero of antivax around the world, leaves his detention center and immediately returns to training. Meanwhile, his case gets a little more complicated. It appears that he did not mention in the document submitted on his arrival in Australia his trip to Spain, made in the fourteen days preceding his arrival in Melbourne, which could justify his expulsion. Doubts also remain about the date of his positive Covid-19 test, which Novak sweeps up on his Instagram account.

The Australian Open draw names Serbian Miomir Kecmanovic (78th) as Djokovic's first-round opponent. Obviously, if he is able to participate.

Doom! Djokovic's visa is canceled for a second time this Friday. A decision taken “on health and public order bases”, explains the Minister of Immigration Alex Hawke in a press release. It implies that the Serbian player will be banned from entering the country for three years, except in certain circumstances.

The end of the story ? Not quite. The Australian authorities nevertheless agree to stay the expulsion of Novak Djokovic until justice has ruled on his case. On the other hand, the government wants the Serb to be able to come out of detention only to attend, in the offices of his lawyers and under guard, the online hearings of justice concerning his case.

Latest twist to date: the judge in the Australian state of Victoria responsible for examining Novak Djokovic's appeal against this second cancellation of his visa announced on Friday that he was relinquishing his responsibility in favor of the Australian federal justice system, which could delay the outcome of the case.

The soap opera probably still has a few episodes ahead of it.

The world number one in tennis was returned to administrative detention for the second time this Saturday in Melbourne after the cancellation of his visa for the second time by the Australian government, which maintains that the player not vaccinated against Covid-19 constitutes a public hazard. After a first remarkable passage in the Park Hotel in Melbourne, with 36 refugees locked up for years, Novak Djokovic must go through the detention box.

Received by the immigration services on Friday evening, the world number one was placed in an undisclosed location pending the final decision of the Australian Federal Court on his participation in the Australian Open. It will take place this Saturday evening at 11:30 p.m. French time, 9:30 a.m. Australian time.

This Saturday, tennis player Rafael Nadal attacked his rival, saying that "the Australian Open is much more important than any player", while saying that he does not "agree with a lot of things he's been up to for the past two weeks."

The Australian Federal Court on Sunday rejected Novak Djokovic's appeal against his expulsion from the country. This decision, taken unanimously by the three judges of the Court, definitively buries the hopes of the 34-year-old Serb to conquer, during the Australian Open which begins on Monday, a record 21st Grand Slam title.

Allowed to leave the detention center where he was placed on Saturday, Djokovic followed the hearing online, which lasted four hours, from the offices of his lawyers in Melbourne. The decision of the Court, announced by its president James Allsop, is in theory impossible to contest by the player, forced to leave Australia immediately with possible long-term repercussions for his career.

The world number one in tennis, "extremely disappointed" by the Court's decision on his expulsion, said in a statement on Sunday that he respected the verdict and was preparing to leave the country, without playing the Open d 'Australia. For its part, the Australian government welcomed the verdict on Sunday: "Australia's strong border protection policy has kept us safe during the pandemic" of Covid-19, said the Minister of Immigration. , Alex Hawke, in a statement.

1 Success rate, courses, mentions... The results of... 2 How the baccalaureate pass rate fell sharply in 2022 3 Drop in unemployment: what assessment for Macron's... 4 Why Western cities are always attracting more working... 5 Wine tourism: how about listening to concerts in the... 6 Languedoc: wines to offer or taste during the holidays 7 Wines: the best online sales sites 8 Matcha, Winespace... Sommeliers connected to the supermarket 9 Mystery of the monolith in Utah: a publicity stunt... 10 Corsica: a deceased man elected to the municipal council 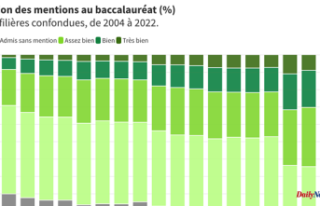