In a report released Thursday after a four-month investigation, Amnesty International accused the Ukrainian military of establishing military bases in schools and hospitals and launching attacks from populated areas, a tactic it says violates the international humanitarian. 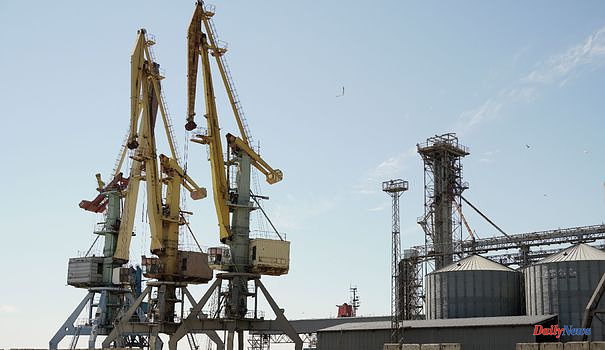 In a report released Thursday after a four-month investigation, Amnesty International accused the Ukrainian military of establishing military bases in schools and hospitals and launching attacks from populated areas, a tactic it says violates the international humanitarian.

"Being in a defensive position does not exempt the Ukrainian army from respecting international humanitarian law," said Agnès Callamard, the NGO's secretary general.

Amnesty International "transfers the responsibility from the aggressor to the victim", reacted Ukrainian President Volodymyr Zelensky in his daily video statement, accusing the NGO of "attempting to grant amnesty to the terrorist state" of Russia.

"The aggression against our state is unjustified, invasive and terrorist. If someone writes a report in which the victim and the aggressor are in some way put on an equal footing, if some data on the victim is analyzed and the actions of the perpetrator ignored, this cannot be tolerated,” Zelensky added.

Earlier in the day, the head of Ukrainian diplomacy, Dmytro Kouleba, said he was "outraged" by the "unfair" accusations by Amnesty International which, according to him, creates "a false balance between the oppressor and the victim , between the country that is destroying hundreds and thousands of civilians, cities, territories and the country that is desperately defending itself".

Amnesty International, however, in its report, insisted that the Ukrainian tactics "in no way justify the indiscriminate Russian attacks" which have hit the civilian populations.

Four days after the departure from the Ukrainian port of Odessa of the first load of grain since the beginning of the Russian invasion on February 24, three other ships carrying more than 58,000 tons of corn, must in turn leave Ukraine on Friday.

"The departure of the three boats is planned thanks to the intensive work of the Joint Coordination Center," Turkish Defense Minister Hulusi Akar said Thursday evening according to the official Anadolu news agency.

Two of the ships will leave Friday morning from Chornomorsk, in the south of the country, and the third from Odessa, like the Razoni, which left this port on Monday, said the Joint Coordination Center which oversees Ukrainian grain exports.

The three new shipments are bound for Karasu in Turkey, Ringaskiddy in Ireland and Teesport in the UK.

The agreement signed on July 22 between Russia and Ukraine, mediated by Turkey and under the aegis of the United Nations, allowed the resumption of shipments to world markets of Ukrainian cereals, to alleviate the world food crisis caused by soaring food prices in some of the poorest countries.

The document provides in particular for the establishment of secure corridors to allow the circulation in the Black Sea of ​​merchant ships and the export of 20 to 25 million tonnes of cereals.

A similar agreement signed simultaneously guarantees Russia the export of its agricultural products and fertilizers, despite Western sanctions.

The Turks also hope that these agreements will help build confidence and lead to ceasefire talks between Moscow and kyiv.

On the ground, Russian bombardments targeted several other Ukrainian towns and villages on Thursday, including Mykolaiv, in the south, where apartment buildings were damaged in two neighborhoods, according to Mayor Oleksandr Senkevich.

Eight people were killed and four injured on Thursday when a Russian strike hit a bus stop in Toretsk, near the front line in eastern Ukraine, the regional governor said.

Ukrainian forces are leading a counter-offensive in the south of the country, where they claim to have taken over more than 50 villages controlled by Moscow.

Several member states of the European Union and NATO provide kyiv with sophisticated weapons to help it defend itself, and Brussels has adopted a series of sanctions.

The European Council said in a statement that it had added former pro-Russian Ukrainian President Viktor Yanukovych (2010-2014) and his son to the list of personalities targeted by European sanctions for their alleged role in the security threat to regard to Ukraine.

Mr. Yanukovych had been overthrown by a popular uprising against the pro-Russian turn taken by his government. Following its defeat, Moscow had seized the Ukrainian peninsula of Crimea and an enclave in the eastern region of Donbass.

In addition, the Finnish Foreign Minister presented a plan on Thursday to limit tourist visas issued to Russians, more and more of whom are traveling to this Nordic country to transit to other European countries after the interruption of flights from Russia to the EU because of the sanctions. 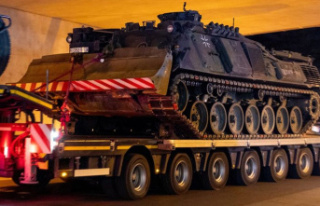 Fire and explosion in Berlin: fire in Grunewald poses...