Can Ukraine still win the Russian war of aggression? Publicist Weimer says no - and thus triggers a heated discussion on the ZDF talk show "Markus Lanz". 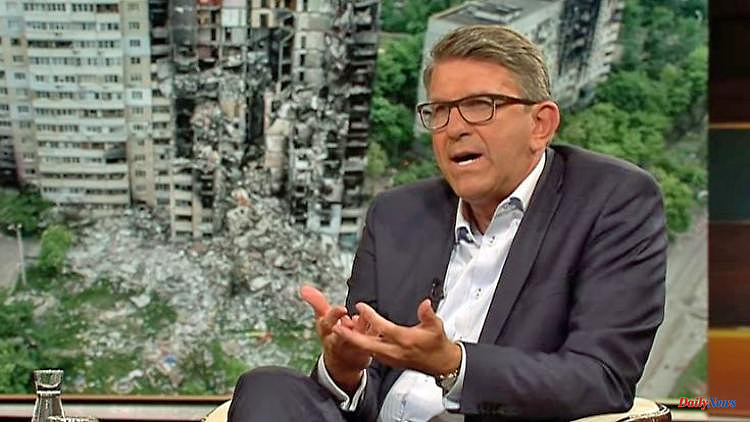 Can Ukraine still win the Russian war of aggression? Publicist Weimer says no - and thus triggers a heated discussion on the ZDF talk show "Markus Lanz".

Wolfram Weimer is one of the best-known journalists and publicists in Germany. The publisher of the "European" and ntv.de columnist has often caused discussions. For a few days he has been polarizing with the statement that Ukraine can no longer win the Russian war of aggression, so it is now time to talk about a ceasefire. On Wednesday evening he was therefore invited to the talk show "Markus Lanz" on ZDF, where he triggered a heated discussion.

After Russian President Vladimir Putin's blitzkrieg in Ukraine failed, he is now concentrating his forces in the east of the country. "The Russians are advancing very slowly and it's very bloody. It's the biggest slaughter of a nation that we've seen in our lifetime," Weimer describes the current war situation. "Ukraine will not win this war," he concludes. "That's why I'm very much in favor of conducting armistice negotiations as quickly as possible and no longer hoping that this war could somehow be won or that there would be an advantage for us in prolonging the war," says Weimer.

If we continued the war, the Russian army would also advance further. The Russians, on the other hand, could not sort themselves out as quickly as we could after an armistice. An end to the war would also mean that 300 to 500 people would no longer be sacrificed every day. Now is the time to draw the diplomatic card. "I would like that from the federal government, which has always kept the channel to Moscow open."

Security expert Florence Gaub seems quite angry at this moment. Weimer repeatedly spoke of "we". "We don't do anything," Gaub rebukes him. We didn't fight in Ukraine. "The Ukrainians don't need troops, they have them. It's not us. And we're not the ones encouraging them to keep fighting. It's their own decision." Nor do you share the assumption that Russia is advancing. The front moves back and forth. Of course, the Russian army is on the offensive. The Ukrainians want to get back on the offensive. They lack artillery and do not dominate the airspace. "But I find it cynical to say now that Ukraine cannot win the war," says Gaub.

She also criticizes the goals that Russia has made a condition of a peace treaty. They meant the de facto surrender of Ukraine. "Putin hasn't gotten to the point where he wants a deal," summarizes the security expert.

FDP foreign policy officer Alexander Graf Lambsdorff also disagrees with Weimer's statements. Ukraine has already achieved its most important war goal: its existence as a state. Now it is up to the Ukrainians to decide when to offer peace negotiations to Russia. That is currently not possible: "There is obduracy on the other side."

When he said "we" he meant the Allies. "We supply them with weapons, we give them money, we organize a confederation of states." "Should we stop that?" Count Lambsdorff wants to know. Weimer does not answer, but demands that Germany should support the Italian proposal to enter into a negotiation mode together with Turkey.

Gaub can understand Weimer's ethical problems, but points out that sovereignty and nationality are under scrutiny for Ukrainians. "If the Ukrainians want to die for it, it's not up to us to say: I'm not your ally anymore."

In her view, Russia has not yet won the war, says Gaub. "The Ukrainians have better motivation, but they don't have the same weapons and materials. But Putin has a problem with his troops." He constantly had to recruit new young men from the provinces who would be sent to the front after five days of training. The death rate in the Russian army is enormous. "One cannot say who is the stronger. It is too early to say that Ukraine lost the war."

1 Free solution only sufficient: Good password managers... 2 If the iPads are too expensive: Tablets under 300... 3 Corded and Cordless: These vacuum cleaners do a good... 4 Natural cosmetics fail: Not all sunscreens are good 5 Just a "very good" powder: turmeric is a... 6 Inexpensive companies wanted: These are Germany's... 7 Öko-Test kokelt: charcoal in the test - three times... 8 Energy-saving tip for summer days?: Water not below... 9 Öko-Test cleans the wet room: These bathroom cleaners... 10 Grilling with Öko-Test: A grilled sausage is "poor" 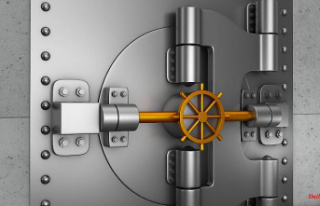