Big Marketing or the Future: Where is the Metaverse?

Mark Zuckerberg wants to know: The future is in the Metaverse, that's why Facebook is now called Meta. 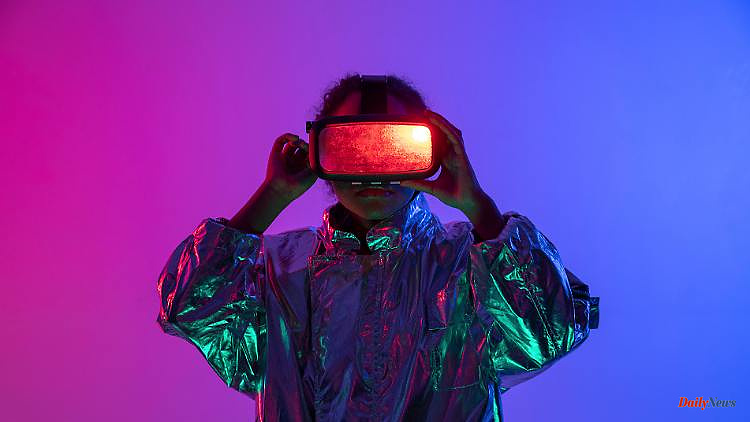 Mark Zuckerberg wants to know: The future is in the Metaverse, that's why Facebook is now called Meta. But where exactly is this new world? How to enter? Metaverse expert Thomas Riedel knows and explains in the ntv podcast "So techt Deutschland".

Many companies are already cavorting in the Metaverse. Celebrities also use the hype topic to draw attention to themselves. Soccer player Kevin Prince Boateng got married in real life in Italy a few days ago, at the same time the wedding took place on the virtual moon. Spectators could be there for 50 euros. The Metaverse makes this possible.

When Mark Zuckerberg announced the Metaverse as Facebook's next big goal in October 2021 and appropriately renamed his company Meta, Thomas Riedel jumped at the chance and "just went in". He didn't really have a clue, he says in the ntv podcast "So techt Deutschland". He simply went about it as a journalist and got the information he needed to be able to take listeners "on this journey" with his Metaverse podcast.

The topic is not new. As early as 2006, 55 researchers developed a 75-page "Metaverse Roadmap" at a conference. The growth of the Metaverse will follow the spread of the Internet as soon as it reaches a critical threshold - only faster, according to the researchers' thesis. More than 16 years later, we are hardly any smarter. For some people the Metaverse is big hype, for others just "Big Marketing" and the majority have never heard of it.

The image of Metaverse is primarily shaped by science fiction. Books like Snow Crash or Neuromancer are the best examples for Riedel. "You swim in the code. The Internet is a kind of code river. You navigate and flow through it," says the expert, describing the visions of the authors, who also appear in films such as The Lawnmower Man, the blockbuster series Matrix or Ready Player One come to expression.

The word "metaverse" appears for the first time in the science fiction novel Snow Crash (1992 Neal Stephenson), as does the word "avatar". That's why it's easiest to approach the concept "by the book", i.e. on the basis of novels. There are no other sources either. No one really knows where the Metaverse is, what it is, or what it will look like. "What the author describes is actually poetry and not the metaverse, but a metaphor," explains Riedel.

In the book Snow Crash, a road runs around the globe. There are many properties on this street that you can "enter" - in the novel by putting on a headset, i.e. VR glasses for virtual reality. With this you can walk virtually from property to property. "The street is a metaphor for the connection between the individual buildings. Today one would say experiences," explains Riedel. Basically, the Metaverse is something like the Internet, only instead of connecting different websites, they are "individual VR experiences". These can be games, learning content or even concerts that are held virtually.

For Riedel, access portals such as Decentraland are not the metaverse, but an attempt to enrich oneself from the hype. "These are all agencies, companies and corporations trying to make money in some way," Riedel claims.

The expert identifies the terms immersion and interoperability as the basic principles of the metaverse. Immersion means that users perceive the virtual experience or the virtual environment as real. "You have the feeling that you are in a different world, with your own rules," explains Riedel. This effect is already known from computer games, when users indulge in virtual reality and "immerse themselves" in it.

Interoperability describes the possibility of taking certain things, clothing or names with you to other worlds of experience. "It would be like going from Facebook to Twitter and looking the same," says Riedel. Nobody would upload a profile picture anymore, but design their own personal avatar and use it to explore the Metaverse - freedom of travel for avatars, so to speak.

In the online game Fortnite, players sometimes spend a lot of money on the appearance of their avatar. A possibility that could easily be transferred to other experience universes. Or maybe even into reality. It's entirely possible to use the appearance from the metaverse in real life when using augmented reality goggles. So if two users met on the street and both were wearing AR glasses, they could see each other in the Metaverse guise.

There is also consensus on other principles of the Metaverse: its own economy, constant presence and live experiences offered by different actors. Even if the users are not in the Metaverse, virtual life goes on just like real life. The rapper Travis Scott gathered more than twelve million people in the online game at a live concert in Fortnite in 2020. The topic of payment should not be a problem for companies in the Metaverse, digital payment systems already exist. The only question is, which one will prevail?

The question of all questions is: Who builds the bridges between the different worlds and experiences? How does a Fortnite player get into a virtual mall to buy apparel? He wants to take his avatar, his money, his acquired or gambled belongings with him, he doesn't want to leave the metaverse on the way to other experiences. If Mark Zuckerberg has his way, Meta would be the mediator. However, game providers or the fashion industry have not yet shown any ambition to link their experiences with others.

There are still many question marks at the moment. Mark Zuckerberg makes a huge bet on the future. He invests a lot of money and resources in the Metaverse theme. Some media reports, citing former employees, that he is obsessed with the subject. It is said that he drives some people up the wall with it. And above all from an entrepreneurial point of view, it is still unclear: Does the metaverse make any economic sense at all?

The metaverse is still at the beginning of its existence. The basic technology is there, but insufficient and not user-friendly. Many people also end up paying attention to how they look in real life with VR glasses. Appearance and operation should also play an important role in augmented reality glasses if they are to be worn in the real world. Few want to sit alone on the sofa and stare into heavy, clunky glasses.

There is more about the Metaverse in the current podcast episode of "So techt Germany". In it, Metaverse expert Thomas Riedel also talks about paying in the Metaverse and why cryptocurrencies are not a good choice for him.

1 Impairment in the home office: Every third person... 2 War and high energy prices: IFO lowers economic forecast... 3 Inflation gaining momentum: does the FED dare to radically... 4 Consumption. Toilet paper prices are on the rise and... 5 Collective agreement after protests: salaries in the... 6 Power plant in Western Australia: BP gets involved... 7 It matters. Tax fraud: McDonald's is paying more... 8 "I will never give up": F1 star Leclerc... 9 Arp is Munich's expensive annoyance: FC Bayern... 10 Approaching Barça: Bayern's Lewandowski no is... 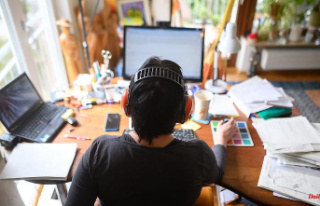 Impairment in the home office: Every third person...