It is intended to make Germany a little more independent of Russian gas supplies, and now it can also be built: the trade supervisory authority in Oldenburg gives its approval for the construction of the LNG terminal in Wilhelmshaven. 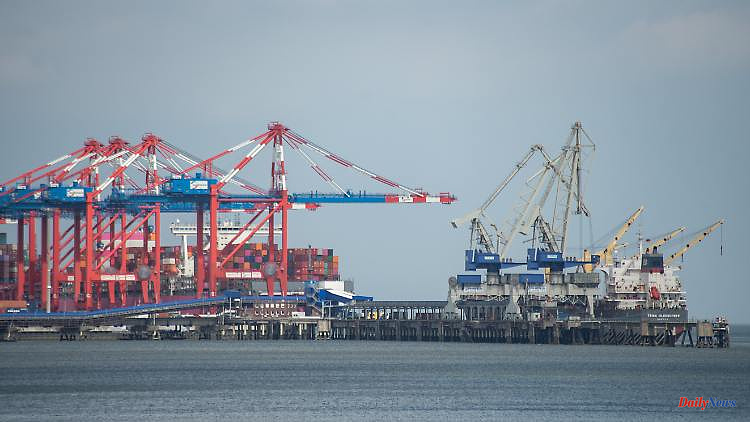 It is intended to make Germany a little more independent of Russian gas supplies, and now it can also be built: the trade supervisory authority in Oldenburg gives its approval for the construction of the LNG terminal in Wilhelmshaven. And that could go very quickly now.

Germany's first terminal for liquefied natural gas (LNG) to replace Russian pipeline deliveries in Wilhelmshaven can now be built. The Oldenburg Trade Inspectorate approved the project, according to the energy company Uniper. The agency said it had given permission on Friday to start work early on the jetty and on land.

Uniper Manager Holger Kreetz and Lower Saxony's Environment Minister Olaf Lies said that thanks to the high speed, the installation of the first systems at the initially floating LNG landing point can now start. Uniper aims to be able to operate the terminal from winter. The state government speaks of December 21 as the target date. CEO Klaus-Dieter Maubach referred to the importance of the project for the gas supply. It is feared that Russia could further throttle or stop the already reduced sales in the Federal Republic. LNG is natural gas liquefied under high pressure, it can be transported by ship and it is intended to cushion future failures of conventional gas.

Normally, projects of this magnitude take much longer to apply for and get approved - in the case of power lines or new wind turbines, critics cite this as a reason for the sometimes delayed implementation. Maubach said the speed achieved in the Wilhelmshaven case was not to be taken for granted. "Above all, it shows what is possible when society, industry and politics pull together."

Up to 7.5 billion cubic meters of natural gas per year are to be handled via the terminal. That would correspond to around 8.5 percent of current German gas requirements. The first ramming was on May 5th. Further plants are to be built in Stade near Hamburg and in Brunsbüttel in Schleswig-Holstein.

"We are very happy that things are now starting to get going," said Lies. Environmental groups, however, expressed great concern. They fear that there may not be the necessary thoroughness given the time pressure in ecological assessments. The German Environmental Aid had complained that the precise extent of the need for LNG terminals had not been sufficiently proven. She spoke of a "climate policy blind flight".

Lies assured that more speed does not mean less accuracy: "We are obliged to check everything, and also very carefully. We made these specifications before the early start of construction, and of course we act in accordance with nature conservation law." Dividing the process into individual steps saves time - but this has also raised suspicions among some environmentalists. Lies emphasized that the public had been appropriately involved. The planning documents have been laid out. In the case of critical statements or complaints, the authorities would have to react. Uniper also stated that all prescribed tests would be complied with.

Germany is trying to become independent of Russian energy as quickly as possible. The state-owned company Gazprom is already conducting less gas than usual through the Nord Stream 1 Baltic Sea pipeline. SPD leader Lars Klingbeil warned of drastic consequences for Germany as an industrial location should Russian President Vladimir Putin permanently shut down the pipeline. "We are facing dramatic months," said Klingbeil in an interview with RTL and ntv. Multi-day maintenance work on Nord Stream 1 will start on July 11. German politicians fear that deliveries will then no longer start. 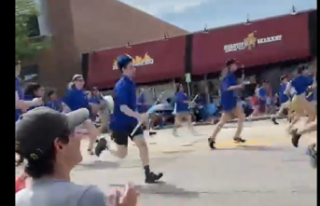 At least five people were killed and 16 others injured...