Certificates, which document the authenticity of a painting, for example, are commonplace in the real world. 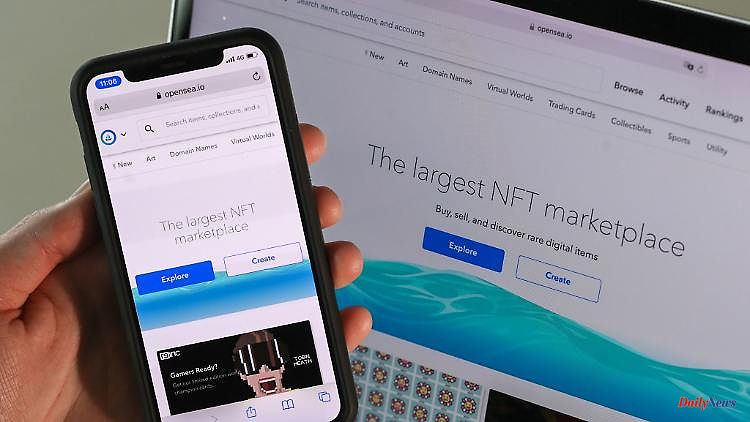 Certificates, which document the authenticity of a painting, for example, are commonplace in the real world. This also applies to digitally created art. They are called NFTs and are traded speculatively.

Ever heard of NFTs? Many people would probably answer yes to this question. Because non-fungible tokens (NFT) are on everyone's lips. But only a few know what is really behind it. So what exactly is this digital myth? And does it offer investors an opportunity for capital gains?

So far, the term NFT has mainly appeared in connection with digitally created works of art - such as pixel images or music files. The problem with such works of art: In contrast to real art objects, they can be reproduced with just a few mouse clicks. What is later original and what is a copy is usually hardly comprehensible. This is where NFTs come into play.

Non-Fungible Token means something like "non-exchangeable token" in German. The token certifies the authenticity of a digital work of art, making the original distinguishable from copies. In contrast to the pixel image or piece of music, the token cannot be reproduced. The reason: Just like cryptocurrencies, NFTs are stored on the blockchain, a cryptographically encrypted concatenation of data blocks. Manipulation is almost impossible.

Instead of trading with the actual art object, the NFT is then traded. The owner of an NFT does not therefore have to be the owner of the respective work of art for the authenticity of which the NFT vouches.

Stephan Witt from the financial service provider Finum Private Finance in Hamburg estimates that the scope of NFTs will be much larger in the future than before. Because the proof of authenticity and ownership could also play a role in any other form. For example, event tickets, membership receipts or computer games.

Computer scientist and scientist Tim Weingärtner also believes that the NFT market has a promising future. "Especially in areas beyond the speculation that we are currently seeing." He sees the tokens more as a way to document and track real and digital items. Weingärtner and his team from the Lucerne University of Applied Sciences and Arts are researching various projects in the blockchain environment.

So, as a retail investor, is it worth considering NFTs? "Finding profitable NFT investments is as difficult as finding a needle in a haystack," says Furkan Yildirim from the analysis house Coincheck TV. Of the thousands of NFT collections there are only a few that have long-term value. However, it is hardly possible to determine the actual value of an NFT.

Because this is a result of supply and demand. The scarcer the supply and the higher the demand, the more expensive an NFT. The problem: because the NFT market is unregulated and buyers and sellers remain anonymous, some of the demand is artificially generated.

An example: Someone who creates an NFT buys it from himself for 100,000 euros. If he repeats this process a few times, outsiders could get the impression that the NFT is really worth 100,000 euros.

Anyone who later buys the NFT for 30,000 euros believes they have gotten a real bargain - and there was never any real demand. Computer programs carry out such stagings on a large scale, says Yildirim. It is therefore unlikely that the NFT will actually be able to be resold at a later date at a profit.

According to Yildirim, influencers or public figures are also used as marketing tools to lure retail investors. "However, such projects usually do not offer any real added value, so that small investors are left with these investments or have to realize losses."

Stephan Witt compares the NFT hype with the establishment of the internet. The new technological development has caused a lot of speculation, and profit expectations have been greatly overestimated. However, many of the highly rated companies could not fulfill the hopes. The speculative bubble burst, the loss of assets was enormous.

"It's similar with the NFTs," says the financial advisor. "A large proportion of the projects are valued far too highly and will therefore see future crash-like downward movements."

Witt estimates that only a small proportion of NFT projects will survive this time and endure in the long term. Just like brands like Amazon, Google and Microsoft did during the dot-com bubble. "The few exceptions that offer long-term benefits to investors will enable profits that are otherwise hardly possible in any other market," says Furkan Yildirim.

Tim Weingärtner recommends that laypersons who do not have the time or desire to delve deeper into NFTs and the technical background of the blockchain should keep their hands off such investments. "Otherwise we move in the casino area."

Yildirim also warns: "The smallest mistake threatens a total loss that cannot be reversed." Investors should therefore have a basic understanding of the blockchain technology, digital wallets and also cryptocurrencies with which the NFTs are purchased - including all risks.

If you have your eye on a specific NFT, you should also use various channels to find out more about the artwork behind it before you buy it.

Anyone who has gathered all this knowledge probably already knows the largest marketplace for NFTs. Here, but also with other providers, the certificates of authenticity can be traded. Tim Weingärtner advises only investing money that you are willing to lose. In principle, promises of profit should "ring the alarm bells," says Yildirim.

Many of the trading platforms can also be used to create your own NFTs. "It's not complicated and only takes a few minutes," says Yildirim. Anyone who does this gets a good feeling for how little effort it takes to create an NFT. Furkan Yildirim thinks: "With this knowledge, you question the usefulness of an NFT project in a completely different way." 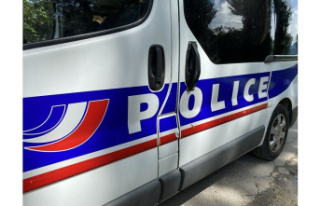