Insider reports about the resumption of Russian gas deliveries through the Nord Stream 1 pumping pipeline gave the US stock exchanges their highest daily gain in over a month. 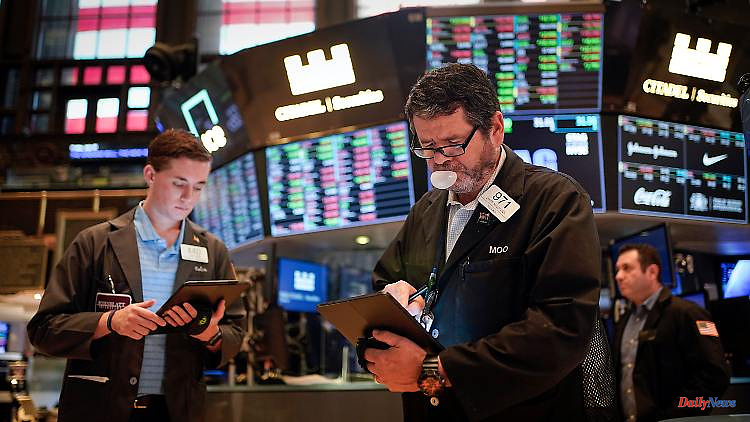 Insider reports about the resumption of Russian gas deliveries through the Nord Stream 1 pumping pipeline gave the US stock exchanges their highest daily gain in over a month. Apple delivered an excitement - also with a view to the economic trend.

On Tuesday, some of the positive momentum for Wall Street came from Europe. This brought the US stock exchanges the highest daily gain in over a month. Insider reports about the resumption of Russian gas deliveries from Thursday through the Nord Stream 1 pump line had boosted prices on the European stock exchanges. This could eliminate the risk of a recession in Europe, according to investors' calculations.

Should Europe avoid a recession, this would also have a positive impact on the US economy. "If you look at what's happening in the real economy through the eyes of our customers, I'd say the odds that we're going into a recession right now are less than 50/50," said Bruce Van Saun, CEO of Citizens Financial Group. The Dow Jones index gained 2.4 percent to 31,827 points on hopes of no recession, p

According to analysts, pessimism among investors could serve as a counter-signal and set the stage for a short-term uptrend. A widely publicized Bank of America survey found global fund managers are at their most pessimistic since 2008. Fading fears of a recession could therefore encourage many institutional investors to take a more positive stance.

Apple delivered an excitement - also with a view to the economic trend. But the initial shock was quickly gone. Apple is apparently preparing for a possible economic downturn. The technology group wants to act more cautiously in uncertain times, according to a report. However, the strong dollar is also blowing Apple in the face as a headwind, the course rose by 2.7 percent. IBM shares fell 5.2 percent. Although the IT company had exceeded expectations with sales and profits, it dampened the prospects for the second half of the year: As with Apple, the strong dollar is likely to slow sales growth.

The dollar continued to pull back from a recent 20-year high as FX market players priced in the possibility of the Fed raising interest rates by as much as 100 basis points. A rate hike of 75 basis points was now considered the most likely scenario. The dollar index fell another 0.6 percent. Easing recession worries also weighed on the greenback, which is considered a safe haven currency in uncertain times.

Meanwhile, the euro got a bit of a boost from speculation that the European Central Bank could raise interest rates by more than the previously announced 25 basis points on Thursday. As with the dollar, fears of recession were also priced out on the bond market, and yields rose as prices fell. However, the yield curve remained inverted, which is considered a harbinger of a recession. Oil prices continued to rise after the previous day's rally. In the absence of a recession, demand should hold up. The tight supply should prevent a clear setback, it said from the trade. Hardly anything happened on the gold market. 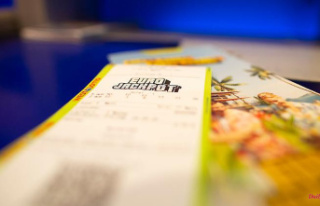 New attempt at the end of the week: Eurojackpot not...