In a multimillion-dollar theft in Berlin, 1,000 luxury watches disappear, among other things. 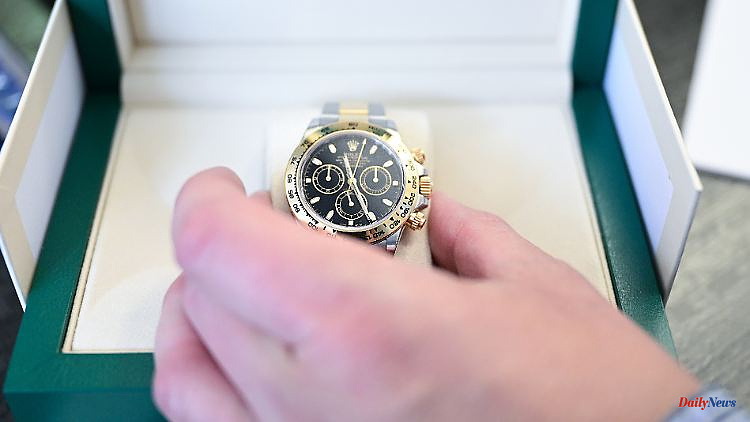 In a multimillion-dollar theft in Berlin, 1,000 luxury watches disappear, among other things. A watch retailer is forced into bankruptcy when a vault is broken into. Watches in which investors hold shares via a fintech are also missing. At least their return is lost.

On November 19, one of the biggest robberies of the year took place in Berlin's Fasanenstrasse. Since then, the police and prosecutors have been looking for two men who broke into a vault in the Charlottenburg district. The two pretended to be employees of a security company - and stole luxury watches, gold, money and jewelry worth at least ten million euros.

It was previously known that the luxury watch retailer Watchmaster suffered massive damage as a result. Half of the watch inventory was in the lockers. The company even had to file for bankruptcy as a result.

But another prominent startup is also affected, as research by Finance Forward shows. This is the Fintech Timeless, which makes it possible to invest small sums in valuables such as watches, art or cars. The NFT pioneer informed its customers a few days ago that "individual watch assets from Timeless were also kept in the affected vault". The company writes this in an e-mail that is available to Finance Forward.

The case drew national attention. There are pictures showing two men in uniforms and masks spraying the security cameras. There are 1200 lockers in the vault. The public prosecutor's office offered a reward of 5,000 euros, private individuals would contribute another 20,000 euros, the authority said. The burglary was planned for a long time, the police suspect. Other perpetrators were also involved. The burglars would have known both the rooms and the security measures well.

Timeless informs its customers that the ongoing investigations have shown that their watches were also affected by the "incident". It is not yet clear how many there are. The company did not want to comment on the request, a spokeswoman refers to the investigation.

Timeless has sold a total of 10 million euros in new investment properties via its platform since its launch, founder Jan Karnath told Finance Forward in August. However, apart from watches, the company also sells other items such as trading cards or vintage cars.

According to the company, Timeless customers who in the past were able to purchase so-called fractional ownership of the watches from 50 euros should have their money reimbursed by an insurance company. "All assets held by Timeless are insured at all times." The purchase costs, i.e. the purchase price and fees, would be reimbursed.

Despite the insurance, the customers are left at a disadvantage in the end. If only the purchase price and fee are reimbursed, they will lose the return they were hoping for. Timeless has already shown with its first two exits this year that it can work with a good return. An Audemars Piquet Royal Oak was valued at 48,900 euros by Timeless in March 2021, and in May 2022 the Berlin company sold the watch again for 90,000 euros - an increase of 84 percent. Investors who had invested 100 euros got back 184 euros just under a year later, with a fee of six euros. However, the market has cooled since then.

Finally, the fintech emphasizes that "the events have no impact on our business activities". The situation is different at the watch retailer Watchmaster. A small proportion of the 1,000 stolen watches belonged to Watchmaster - and a large proportion to the startup's customers who wanted to sell them through the company. In this case, your policies only cover the purchase value, i.e. some valuations from seven years ago. That does not cover "by far what has already been invested in processing and certification as well as marketing," says the company. It is no longer possible to make “a positive continuation prognosis”. For this reason, the startup had to file for bankruptcy.

But what would the worst-case scenario be like for Timeless? As a precautionary measure, the company provides information on the website in the event of insolvency. It says: "By the way, we have been around since 2018, we are a German GmbH based in Berlin and, among others, Porsche Ventures as well as EQT Ventures and C3 EOS VC (one of the largest blockchain funds in the world) have invested with us. Should We run out of funds - which won't happen - the shares of all users who have invested with us are protected in any case, since the shares are transferred to the buyer.

Timeless initially acquires the asset for its own account. After the share purchase, each shareholder owns the asset directly for the fraction they have purchased in it. This means that the share is contractually transferred to the buyer and Timeless is commissioned to keep the share safe. Thus, the shares are no longer part of Timeless' assets and remain unaffected in the event of a possible insolvency. Details can be found in the framework agreement. This will be disclosed to you prior to purchase."

This text was first published by "Capital".

1 "What are you looking at, stupid?": The... 2 Connection with corpse discovery: police arrest hostage-takers... 3 "Complications with Covid-19": "Star... 4 'I Admit It': R. Kelly's unreleased... 5 Bavaria: Herrmann: "Reichsbürger" activities... 6 Baden-Württemberg: Accidents due to ice and snow 7 Saxony: Downtown: Despite the hostage-taking, numerous... 8 Thuringia: Land is looking for more apartment-like... 9 Background to the Kaili arrest: Qatar is said to have... 10 "Hell under the Russian flag": Ukrainians... 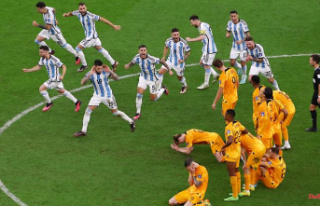