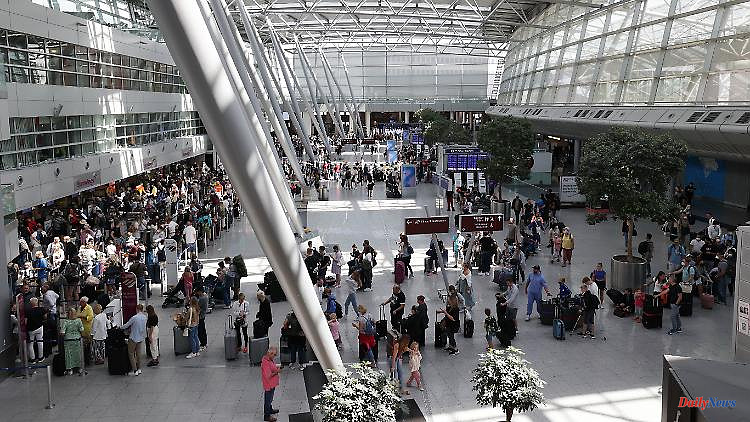 People want to travel again. According to German air traffic control, there are now more flights in individual areas than before the pandemic. Meanwhile, there are long queues, delays and thousands of flight cancellations.

According to the German Air Traffic Control (DFS), after the slump in the Corona period, air traffic is again at a good three quarters of the pre-crisis level. According to DFS, there are even more flights in some areas than before the pandemic due to a rapid increase and the consequences of the Ukraine war. This ensures extraordinary traffic peaks that were not expected, said DFS boss Arndt Schoenemann.

"There is an insane demand," he emphasized on the Germans' desire to travel and the good booking situation. In the first six months, there were more than 1.2 million flight movements in German airspace, around 76 percent of the pre-crisis year 2019. "Overall, we expect around 85 percent of the traffic volume for 2022," said Schoenemann.

There are currently long queues, delays and thousands of flight cancellations at airports in Germany and Europe. The main reason is the lack of staff - at ground service providers, but also in the entire aviation industry. The industry has admitted that it had saved too much during the virus pandemic and had planned too ambitious flight programs for the summer.

"We are not the drivers when it comes to delays," said the DFS boss. The German air traffic control comes on average to a delay of less than two minutes. Schoenemann spoke of a "very, very good value". According to euro-wide data, there were an average of 24 minutes delays per flight in June, with almost half of the delays being due to secondary delays. Accordingly, a good quarter of the unpunctuality goes back to the airlines.

Regarding the lack of staff in the industry, Schoenemann said that air traffic control had created jobs during the crisis, but not cut them. DFS is increasing its capacities. Around 100 trainees started in 2020 and 2021, and there will be around 140 this year and the next. When it comes to sick leave in terms of corona, DFS is currently not in the critical area. The Ukraine war and the subsequent traffic shifts and military flights also ensure more activity in the German sky. DFS has to temporarily block corridors for civilian traffic on military flights.

Meanwhile, air traffic control in France is introducing a new system, which is also bringing additional traffic. However, the overall increase is unevenly distributed: while there are significantly fewer aircraft in the lower airspace than in 2019, the number of overflights is almost back to the level before the crisis and in some cases significantly higher. In the southern part of the upper airspace, around 20 percent more flights were counted in June than in June 2019. "In some sectors there is even twice as much traffic at peak times as in 2019," said Schoenemann.

Before Corona, air traffic control had achieved record sales of 1.4 billion euros in 2019. In 2020 there was a slump to 762 million euros and for this year DFS is aiming for 1.1 billion euros. Because of the losses, the state-owned company had increased fees for arrivals and departures by 67 percent and reduced fees for overflights by seven percent in 2022. Schoenemann explained that the fees are likely to fall again in 2023 due to the growing traffic. 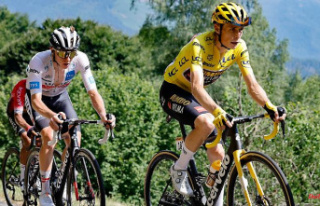