At the beginning of the month, US stock markets were also gripped by concerns about further sharp interest rate hikes and the associated fears of a recession. 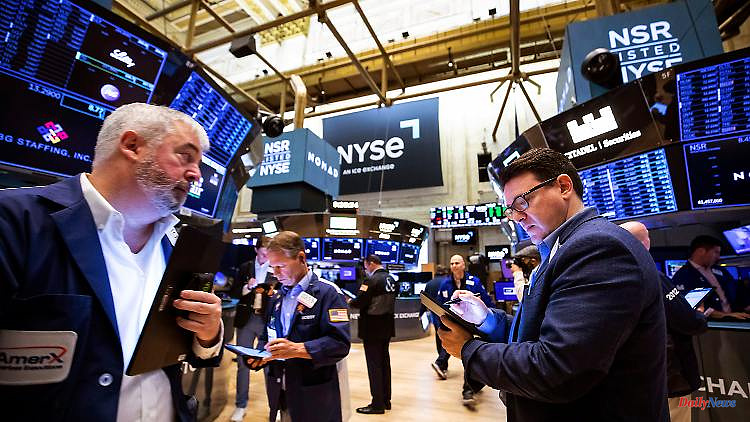 At the beginning of the month, US stock markets were also gripped by concerns about further sharp interest rate hikes and the associated fears of a recession. In addition, there is weak economic data from China and a lockdown in a city of millions. Then a recovery sets in.

The fear of a setback for the economy initially kept investors away from Wall Street at the beginning of the month. In the course of trading, however, there was a recovery movement without any new news, after it had already gone down for the four days before. After an additional final rally, initial high losses were even completely made up for in the end. The Dow Jones index ended the day up 0.5 percent at 31,656 points. The wider S

After US Federal Reserve President Jerome Powell had clearly signaled a week ago that he wanted to continue tightening interest rates in order to get high inflation under control, even if this were to weigh on the US economy, the economic data of the day interfered with this plan Hands - true to the motto "good news is bad news": Before the eagerly awaited monthly labor market data on Friday, the weekly labor market data were better than expected, as were the purchasing manager indices from US industry.

The US job engine continues to run at full speed, said Ronald Temple, US chief executive of wealth manager Lazard. "Even if Friday's data show only 200,000-250,000 jobs added, the labor market would still be too strong to control inflation. That means the Fed has work to do." Experts expect 300,000 non-farm jobs to be created in August, a little more than half as much as in the previous month.

A cooling of the labor market reduces the pressure on the Fed to drastically raise interest rates and with it the risk of a recession. However, the initial jobless claims published on Thursday fell, as did layoffs. This points to an ongoing shortage of staff. So far, investors are firmly expecting the Fed to raise interest rates again by 0.75 percentage points at the end of September.

For this reason, they parted with already traded, lower-yielding government bonds. That pushed the 10-year bond yield to a two-month high of 3.297 percent. At the same time, the dollar index, which tracks rates against major currencies, climbed to a 20-year high of 109.99 points.

You can read about how trading on the Frankfurt Stock Exchange took place in the stock market day.

This fueled speculation that the world's second largest economy would have less demand for raw materials. As a result, US crude oil WTI fell 3.5 percent to $86.43 a barrel (159 liters) and copper fell 2.7 percent to $7,588 a ton. Even the "anti-crisis currency" gold could not escape the downward trend and lost almost one percent to $1,694 per troy ounce (31.1 grams). The precious metal is suffering from the strength of the world's leading currency, which makes gold less attractive for investors outside the US, said independent analyst Ross Norman.

On the stock market, Nvidia fell 7.7 percent because the US government is making stricter requirements for business with China and Russia. US government approval is now required to sell certain chips in these countries. The Bernstein analysts warned of longer-lasting negative consequences for the Nvidia business. The courses of the competitors AMD and Intel lost 3.0 and 0.5 percent respectively. The semiconductor sector was the biggest loser of the S 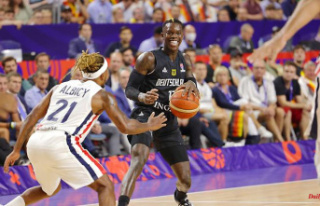 Furious start of the European Championship at home:...