Lack of staff and bottlenecks: "It gets chaotic at airports in summer"

Aviation has been waiting for this for two years, but now it is in a dilemma: the industry actually wants to get going again when the pandemic subsides. 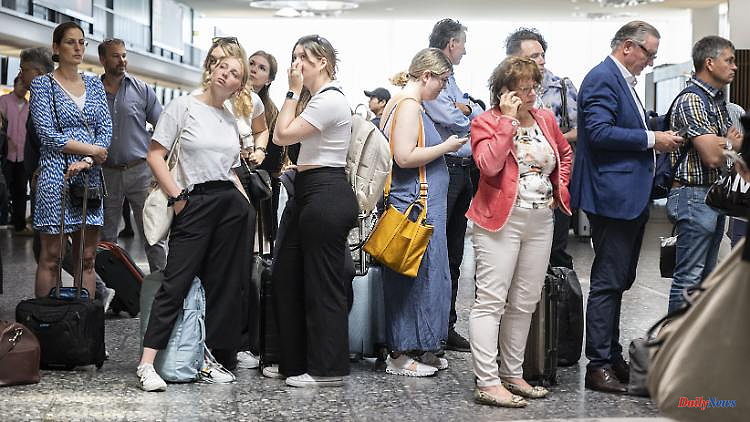 Aviation has been waiting for this for two years, but now it is in a dilemma: the industry actually wants to get going again when the pandemic subsides. In an interview, aviation expert Gerald Wissel explains what airports and airlines have missed and what vacationers have to be prepared for.

ntv.de: After two years of the pandemic, there is a real rush for flights. But instead of the industry finally taking off again, there are massive flight cancellations, delays and queues. Was the need to catch up completely underestimated?

Gerald Wissel: I think so. In fact, it was already clear last year that there was a lot of catching up to do, especially when it came to private travel. People wanted to fly, but often couldn't because of the corona restrictions. However, airlines and ground service providers did not see it coming at all either. The question that now arises: How many staff and capacity will be increased? The industry initially reacted hesitantly to the increasing demand because it is unclear how Corona will continue in autumn and winter.

Should the industry have taken countermeasures much earlier?

Airlines could have started much earlier to retrain crews who were previously on short-time work. Pilots and the cabin crew are obliged to do this after a long break. The airports themselves would also have had to hire staff earlier after the large wave of layoffs. Not only did many people go on short-time work at the beginning of the corona pandemic, but many lost their jobs completely. And it doesn't just affect the ground and security staff, the cockpit and cabin crews, but also technicians who regularly service the aircraft and ensure that the aircraft is ready for use again the next day. Or the staff in the tower and at air traffic control and finally also the staff who have to carry out the training and qualifications.

What do vacationers have to be prepared for?

Things will get chaotic at German airports in the summer. Passengers have to expect long waiting times and flight cancellations. But there will also be delays in baggage handling. This can mean that planes are delayed or luggage is not loaded at all and is only transported on a later flight. Longer waiting times must also be expected when collecting luggage from the baggage carousel.

Since the Corona crisis, many employees have turned their backs on the industry. Why is it so difficult to find new employees quickly?

Especially at the airport, with the airlines, the maintenance companies, the security staff or the ground handling service providers, even qualified personnel cannot simply start overnight. Every employee who works in a security-relevant area at the airport must undergo a so-called reliability check in accordance with the Aviation Security Act. However, I don't agree with Transport Minister Volker Wissing's suggestion that his ministry could help speed up these tests. After all, there is a reason why these tests are so thorough. At the same time, the existing staff is of course still struggling with Corona. We are still observing a high sickness rate among employees who are absent for five days after a positive corona test.

How many staff are actually missing?

This differs from airport to airport. However, I assume that in the industry across all areas at least 10 percent of the employees are missing or have not yet been reactivated.

Various associations want to get around 2,000 temporary workers from Turkey to fill staff gaps. Can this be the solution?

Personnel from abroad can certainly mitigate the effects a little in the short term. But it cannot eliminate them this summer, nor can it be a permanent solution. In addition, there is not only a lack of qualified employees, but also of shift supervisors, loaders, etc. These have also been massively eliminated by Corona and now have to be replaced as soon as possible. What good is it if you have employees available but no one to supervise the work or perform work that requires special qualifications?

What needs to happen to make work more attractive?

You earn significantly more from garbage collection than, for example, the so-called loaders on the apron who load the luggage. That's a problem. The airlines exerted the cost pressure. An airport wants to satisfy its customers, namely the airlines. And they have said in the past: We're satisfied when costs go down. Nowhere is there a target agreement: If the passengers are satisfied, then you have done a good job.

Then nothing will change, right?

Not in the short term, but I hope that everyone involved will understand that safe and reliable flying has its price and that the cost screw in these sensitive areas cannot be reduced any further. But politicians are also called upon to put a stop to the trend towards increasingly cheaper flights in the interests of employees and passengers.

As a precaution, airlines are canceling hundreds of flights so that the chaos does not get any worse. Is this the right approach?

According to the airlines, the flight cancellations were necessary because there were not enough staff at the airports concerned to be able to handle the machines in the planned time frame. But the airlines also still have a shortage of flying personnel, so that one or the other flight may have suffered as a result. For an airline, flight cancellations are not particularly problematic to a certain extent, since those flights that would not have been profitable are canceled first. Flights with high occupancy and economic efficiency as well as feeder and delivery flights to and from the long-haul routes come at the very end.

What else can be done to prevent German airports from collapsing in summer?

I don't see a real way out. Chaotic conditions at German airports can only be intercepted with more staff. And here airlines and airports reacted too late. Personally, I am counting on the available staff on board and on the ground dealing with this situation with the highest level of commitment and professionalism and doing everything possible to ensure that every passenger has a pleasant journey as far as possible. Conversely, I also expect that this will be appreciated by all passengers and that the employees will be treated accordingly. 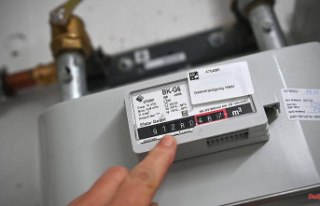 "Save as much gas as possible": Netzagentur...