The Fed rate hike is the dominant topic on Wall Street on Wednesday. 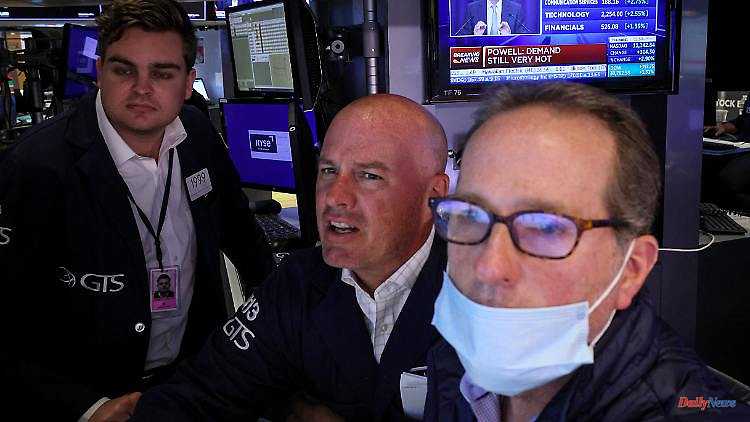 The Fed rate hike is the dominant topic on Wall Street on Wednesday. According to the latest inflation data, traders had expected a significant jump - and are therefore not surprised. After days of heavy losses, the Dow, but especially the Nasdaq, is on the up.

The largest US interest rate hike since 1994 was positively received by US investors on Wednesday. The Dow Jones gained one percent to 30,669 points. The tech-heavy Nasdaq advanced 2.5 percent to 11,099 points and the broad-based S

The 0.75 percentage point increase in the key interest rate by the US Federal Reserve is at the upper end, but still in line with expectations, said portfolio manager Thomas Altmann from investment advisor QC Partners. The same applies to the Fed's interest rate forecasts, the so-called dot plots. "The dots also have a positive aspect to offer: despite the inflation shock, long-term interest rate expectations remain constant."

The US currency, on the other hand, only received momentary momentum from the Fed's decision. The dollar index fell almost 0.5 percent to 104.82 points in the evening (CEST) after climbing to a 19-1/2-year high in immediate response to the rate hike.

In the case of cryptocurrencies, on the other hand, the descent continued. Bitcoin fell by almost nine percent at times and only just stayed above the psychologically important $20,000 mark. Ethereum slipped as much as 15 percent and at $1012.68 was as cheap as it was a year and a half ago. Analyst Jochen Stanzl of online broker CMC Markets said he thinks it's possible that troubled crypto lender Celsius will have to sell cybercurrency on a massive scale to make collateral payments. "The situation does not seem to be calming down."

Meanwhile, a gloomy outlook from the International Energy Agency (IEA) put a temporary end to the oil price rally. Because of rising interest rates, the appreciation of the dollar and a possible slowdown in the economy, the authorities are warning of a drop in demand. As a result, US crude oil WTI fell 2.5 percent to $115.91 a barrel (159 liters). However, the supply is still tight, said analyst Jeffrey Halley from brokerage house Oanda to consider. "I don't see any change here unless the global economy goes into recession."

The papers from Vimeo, which rose by 7.1 percent, were also in demand. The streaming platform, known for music videos, reportedly increased sales by 16 percent in May and average revenue per user by eleven percent.

Hopes that the 737 Max model could be re-registered for flight operations in China spurred Boeing. The aircraft manufacturer's shares gained 9.4 percent. The speculation was fueled by a test flight by China Southern. It was the first since the airline's older 737 crashed in March. 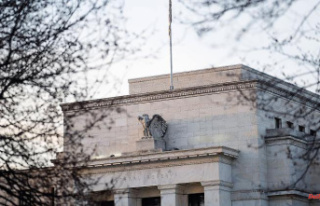