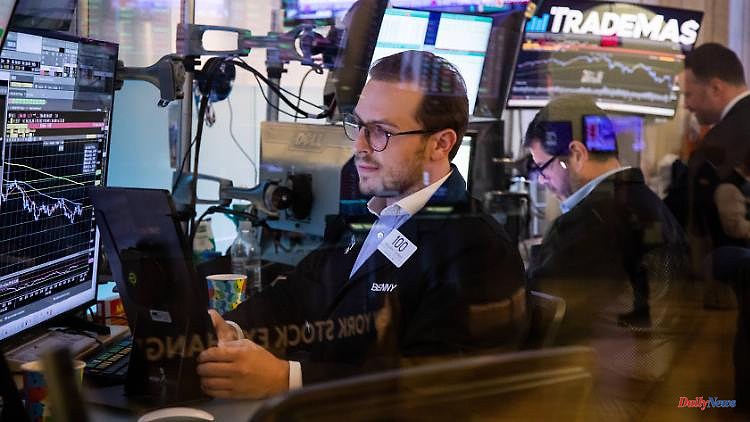 Interest rate concerns are gripping Wall Street. For the first half of the year, the price losses due to economic and inflation fears are the highest they have been in decades. The market-wide S

At the end of the half-year, Wall Street closed with a negative trend. Persistent fears of further interest rate hikes by the US Federal Reserve and the resulting risk of a recession continued to have a firm grip on the market. In addition, the published US economic data did not provide any relief. In addition, increased shifts at the end of the half-year and quarter should have weighed on sentiment, it said.

The focus was on the important inflation data. The annualized core PCE price index for personal consumption spending is slightly lower than in the previous month. On a monthly basis, however, it has increased significantly in the non-core rate. The mixed-out data will be closely watched as this PCE price index is the Fed's preferred indicator of inflation. The Chicago Purchasing Managers' Index was also disappointing. In June it fell somewhat more than expected.

"I don't think equities will recover unless the US rates market prices in significant Fed rate cuts," said Stephen Innes of SPI Asset Management. "The Fed's interest rate expectations have come down over the past few weeks - from a high of 4 percent to around 3.50 percent. But that's a lot of rate hike risk for the market to digest," the participant continued.

The dollar gave back intermittent gains with the price data. The dollar index fell 0.3 percent. The greenback could be firm in the near term as the US Federal Reserve raises interest rates significantly, but this is unlikely to last, Indosuez Wealth Management said. Dollar strength is likely to continue until US inflation peaks or until the Fed changes stance, with the possibility of a recession being considered, analysts said.

The bonds showed up with significant premiums. The ten-year return fell by 9.1 basis points to 3.0 percent and even fell below the 3.0 percent mark over the course of the year. Traders spoke of a further increased concern about an economic downturn, which had brought the "safe haven" bonds strong inflow. Against this background, the ten-year return has steadily declined over the past few weeks. On June 14, this was still 3.48 percent.

Oil prices continued to fall. Here it was up to 3.6 percent downhill. The previous day, the weekly US inventory data had shown that gasoline demand had fallen, not increased. The market also sees US President Joe Biden's upcoming visit to Saudi Arabia as a possible plan by Washington to persuade the Saudis to produce more oil, although the US administration insists the meeting will not be on the subject go, it was said.

Gold prices fell for the fourth straight trading day. A "strong US dollar and rising interest rate expectations continue to weigh on the precious metal, with gold again failing to benefit from continued risk aversion in the markets," said Fawad Razaqzada, market analyst at City Index and FOREX.com.

Walgreens Boots Alliance (-7.3 percent) exceeded forecasts. But that was not enough for a price increase, especially since the profit fell significantly compared to the previous year. Universal Health Services shares fell 6.1 percent after the clinic operator lowered its earnings guidance for the second quarter.

The cooperation partners in corona vaccines, Pfizer and Biontech, have reached an agreement with the US government to supply 105 million vaccine doses for 3.2 billion dollars. The government is also given the option to supply more cans. Pfizer gained 2.9 percent, Biontech rose 5.0 percent.

Oil company Exxon Mobil is selling its Canadian shale gas business to Canadian competitor Whitecap Resources for around $1.5 billion. With that, the oil giant is withdrawing from regions that are rich in natural gas but relatively remote and lack pipelines and other infrastructure. The course fell by 2.8 percent. 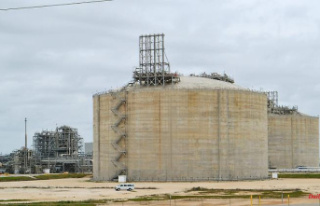