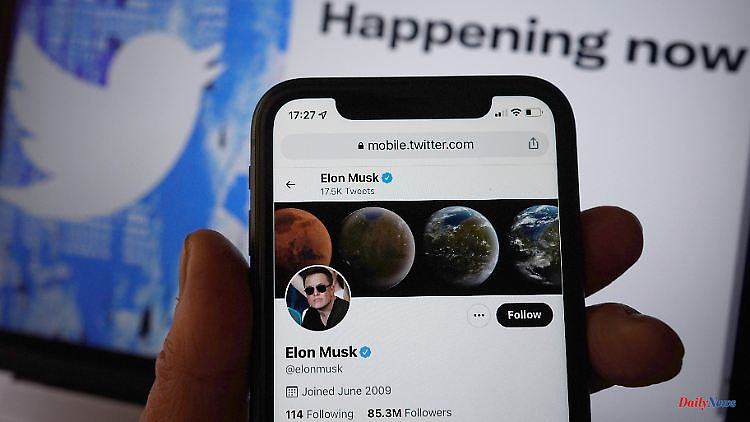 After his Twitter takeover, Elon Musk is already announcing paid verifications. But that could only be the beginning: According to media reports, the billionaire is considering setting up a general paywall. Users could then only use the platform free of charge for a limited period of time.

According to a media report, while looking for new business models for Twitter, the new owner Elon Musk is also considering charging for the use of the online service. The well-connected tech reporter Casey Newton wrote in his blog "Platformer" that Musk discussed this in recent meetings with his advisor David Sacks.

One concept is to allow Twitter to be used free of charge for a limited period of time per month and then to charge money, it said. Musk, who has communicated on his Twitter account for the company since the acquisition, did not comment.

Musk had already announced that all customers who take out a subscription for eight dollars a month would be given the verification ticks highlighted in blue as a bonus. So far, these have been awarded free of charge by Twitter to celebrities, politicians, journalists and companies after an examination. Musk argued that authentication through payment services and the app platforms of Apple and Google is sufficient, so that Twitter can do without its own examination.

Musk had also announced that subscribers should only see half of the advertising. The eight-dollar Twitter subscription could cost money in the USA, wrote "Platformer", citing insiders. Because this halving of advertisements reduces advertising revenue per user in the USA by an average of six dollars, it said. After deducting the platform fees from Apple and Google, Twitter can earn less than before from these accounts. A general payment barrier could further reduce the advertising reach.

Musk also promised to take tougher action against fake accounts and joke accounts. Anyone running a profile under someone else's name and not flagging it as a parody should be kicked out without warning. Among other things, many users appear on Twitter who pretend to be Elon Musk. These accounts are often used to promote fraudulent cryptocurrency transactions. Now the accounts should be quickly blocked if scammers try to impersonate someone else.

The technology blog The Verge, meanwhile, citing internal Twitter documents, reported that the service had gained 15 million daily users since the publication of the last business figures in the summer. At the end of the second quarter, Twitter had 237.8 million daily users who were seeing ads on the platform.

The document is a question and answer for Twitter's sales department so employees can refer to it in discussions with advertisers. Several large advertisers - including Volkswagen and the pharmaceutical company Pfizer - announced that they would suspend their ads on Twitter until Twitter's future course in dealing with questionable content was clarified.

One of the questions is whether Twitter's content rules also apply to Musk, wrote "The Verge". The answer is a tight "yes". A few days ago, Musk had spread an unfounded conspiracy theory about the attack on US politician husband Paul Pelosi - and deleted the tweet after a few hours without comment. 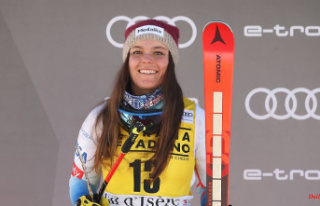