On the way to becoming a legend: Yamaha XSR 900 - pure adrenaline 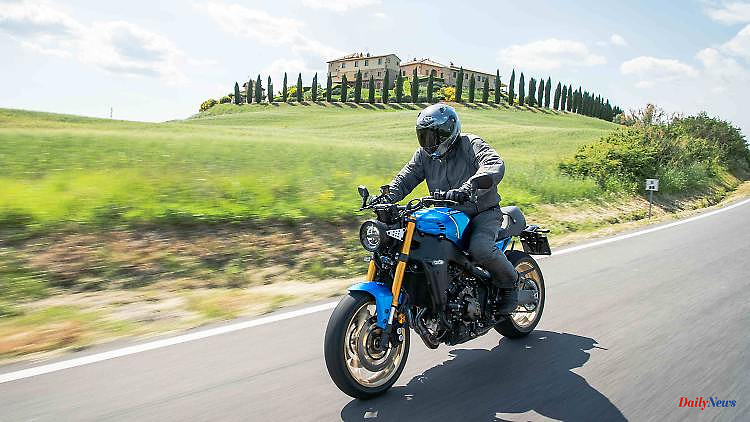 Heritage models are very popular with motorcycle enthusiasts. So it's not surprising that Yamaha puts such a bike on wheels with the XSR900. But only the exterior is historical. Otherwise it is a technically highly modern motorcycle that can do many things better than its sister MT-09.

The Yamaha XSR 900, which has just been thoroughly revised, is basically a new motorcycle - and a decidedly sporty one at that. "Sport Heritage" is what the manufacturer calls the segment he has carefully built up over the years; the sporting genes come primarily from the inheritance of the forefathers, because nothing about the XSR900 is tranquil or even old-fashioned. The 70s and 80s were the inspiration and the developers oriented themselves, in particular, to the racing design of the time. Check out the XSR in the eye-catching Legend Blue colorway paired with gold forks and wheels, and a Legend is sprightly alive. Christian Sarron won his world title in 1984 with a 250 painted like this.

The gene donor of the new XSR900 is Yamaha's hyper naked bike MT-09, which was launched last year. This thoroughbred naked doesn't appear to be fuel-powered, but looks like it has pure adrenaline in the tank. A handy, precise and agile driving machine, right on the edge of the technical perfection possible in its class. The technical finesse that characterizes the MT-09, which is available from 10,350 euros, is also inherent in the XSR 900, which costs 550 euros more.

It has the same 890 cc in-line three-cylinder engine with a peak power of 119 hp at 10,000 crankshaft revolutions, it has basically the same excellent chassis and an almost identical, excellent braking system. As in the MT-09, the XSR900 also uses the lavish Bosch-based electronic package, the scope and value of which is exemplary. The big difference between the two equally strong Yamahas is the styling: Here the jagged, aggressively designed MT-09, there the more harmonious XSR900, enriched with many style elements from the company's history. The alternative for those who cannot or do not want to follow the design of the MT-09.

The "Sport Heritage" family, which has a classic touch but is ultra-modern, now consists of three models: the small XSR125, the two-cylinder XSR700 and the highly potent XSR900 as the crowning glory of this series. The first all-day ride on the often smooth, but often nasty-bumpy roads of Tuscany clearly showed that the emphasis on this model is on "sport"; the XSR900 is only optically more discreet than the MT-09, which is delivered "with the knife between the teeth".

In terms of driving dynamics, the XSR900, which is just four kilograms heavier with an unladen weight of 193 kilograms, is on the same level. A cracker. It is easy to use, accessible and likeable. But a predator when needed, always ready to either annoy or nibble on the competition, whereby the sporty-relaxed, slightly front-wheel-oriented seating position is a great help. The enormously broadband 900 triple delivers excellent usable performance between 2000 and a good 10,000 revs, purrs and growls at the bottom and barks out its revving power and brilliant performance beyond 6000 rpm.

The chassis, equipped with a slightly longer aluminum double-sided swingarm than in the MT-09, is a model of precision, stability and handling. The tires with very adhesive Bridgestone tires of the type S22 also contribute to this. Thanks to the IMU, the entire range of driver assistance systems is permanently available. This ranges from cornering ABS to wheelie control. And the three-disc brake system also works wonderfully transparently thanks to the new radial master brake cylinder.

The technical potency of the XSR900 hides a little behind the dynamic but not intrusively aggressive lines. The round LED headlight, which gives the motorcycle a touch of conservativeness, also contributes significantly to this civilized impression. With citations of earlier racing elements like the humped pillion seat, it's a subtle nod to the XSR900's speed.

The bar-end mirrors go a long way in keeping the XSR900's line flat; you can see quite clearly what is happening behind you, but this increases the width of the vehicle considerably. For dense city traffic, this is only the second-best solution. Also not exactly ideal is the fiddly operation of the on-board computer integrated in the TFT display via the rotary push wheel on the right-hand side of the handlebar, which is typical for Yamaha. In addition, the size of the information on the display requires eagle eyes from the pilot. Yamaha has prepared three packages for customization: Street, Sport and Weekend; The latter offers luggage storage options.

With an excellently functioning quick shifter for changing gears without a clutch, four optimally coordinated driving modes, cruise control and an overall high-quality finish, the Yamaha XSR900 is well equipped for the future. Also in terms of consumption: 5.0 liters per 100 kilometers is a consistent value in view of the easy and frequently available dynamics, a range of 250 kilometers suits the vehicle type. The defining feature of the fixed 900 is its three-cylinder with the abbreviation CP3: in the eight years since its premiere in 2014, it has already been regarded as a legendary, successful engine. 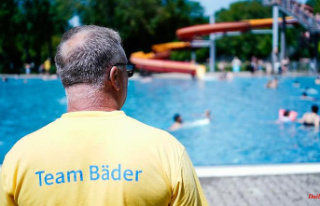 Baden-Württemberg: Less fun in the water: pools in...