Chinese who want their own four walls are avoiding non-state property developers. 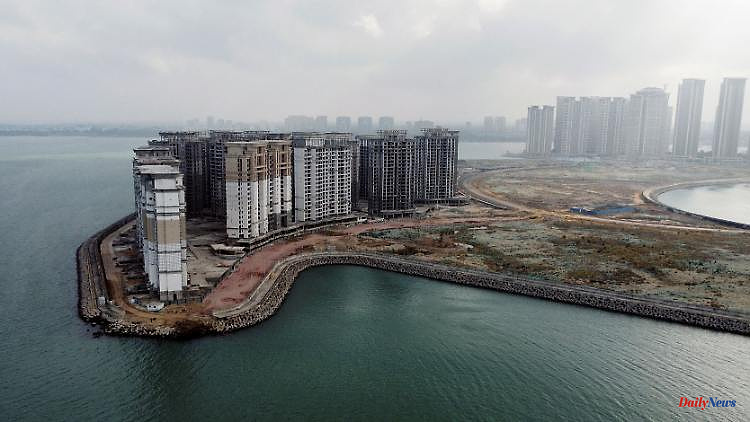 Chinese who want their own four walls are avoiding non-state property developers. The fear that due to increasing payment problems, apartments and houses that have been paid for will not be completed is too great.

The recovery in real estate sales in China that had been evident for two months ended in July with a significant decline. The trigger is widespread reluctance to take out mortgages over fears that ailing developers will not be able to complete homes that are still under construction.

Sales by the country's 100 largest property developers fell by almost 40 percent year-on-year in July to the equivalent of around 76 billion euros, according to the Chinese provider of real estate data, CRIC. On a monthly basis, the minus amounted to almost 29 percent; halting a two-month rally on a monthly basis. Home sales were up in May and June compared to previous months as activity picked up after lockdowns in Shanghai and other Chinese cities earlier in the year.

China's private developers had experienced a years-long debt-fueled construction boom, selling off homes before they were built. But then a financing crisis last year led to payment defaults and projects came to a standstill. Buyers, who typically pay large deposits, have vented their frustration throughout the summer.

However, home sales in China often experience a lull in July as developers rush to book sales in June to meet first-half targets. However, analysts said the main drag on activity this time around was weakness in mortgages and its impact on potential buyer confidence.

More and more homebuyers are opting for second-hand properties or new builds from government developers, who are usually in a better financial position. The pressure on the government is mounting, but hopes of a major rescue package for the real estate sector from Beijing remain unfulfilled. The Politburo, China's top political decision-making body, recently clarified that local governments are ultimately responsible for fixing the real estate problems in their markets.

On Friday, troubled real estate developer China Evergrande Group outlined the outlines of a plan to restructure its billions of dollars in debt, saying that the number of apartments sold in the first six months of the year had almost stopped compared to the same period last year - the minus was about 97 percent.

1 Bad F1 debacle for Ferrari: Verstappen brutally smothers... 2 Suicide moves Austria: Doctor Kellermayr accuses in... 3 The Olympic champion flies into the spectators at... 4 Euro weakness as an opportunity - How investors benefit... 5 Energy: Lindner calls for the end of electricity production... 6 "I have sex with one testicle the same as with... 7 Organ donation: A new chance at life - our way through... 8 How the Financial Markets Authority seeks to better... 9 Luxury Watches: The incessant price rise of Rolex... 10 Holidays: a peak of traffic jams at nearly 480 km 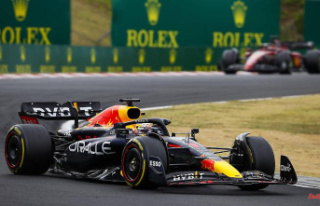