In order to generate more visibility for their concerns, climate activists are increasingly resorting to unwelcome forms of protest. 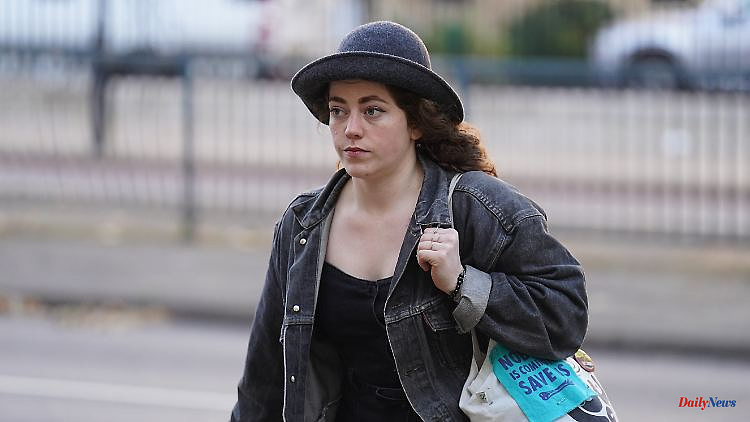 In order to generate more visibility for their concerns, climate activists are increasingly resorting to unwelcome forms of protest. So did two members of the group Just Stop Oil, who stuck themselves to a work by the painter Van Gogh. Both have now been found guilty by a London court.

The protest is radical, but the attention is great: For weeks, climate activists have been sticking to works of art or throwing tomato soup and mashed potatoes at them. Proponents speak of a shock tactic to raise awareness of the climate crisis. For opponents, on the other hand, these are acts of vandalism against the works of art, which often cost millions of euros. But the actions of groups like Just Stop Oil hardly leave anyone cold.

In London, two young people were on trial for having glued themselves to the frame of Vincent van Gogh's painting "Peach Trees in Blossom" at the Courtauld Gallery at the end of June. The damage: almost 2,000 pounds (2,300 euros) - that's why Louis McKechnie has to be imprisoned for three weeks. Emily Brocklebank received the same sentence, but suspended for six months. She does not regret the action. "When it comes to protest, you don't get a platform with speeches," said the 24-year-old in court. "The gluing creates a story that the media wants to follow." Columnist George Monbiot agreed in the British newspaper The Guardian: "'Serious' protest is flatly ignored."

While climate protectors like Brocklebank and her comrade-in-arms Louis McKechnie initially stuck to objects, they are now going further. On October 23, activists from the Last Generation group spilled mashed potatoes on Claude Monet's protective-glass painting "Grainstacks" at Potsdam's Barberini Museum. In Vienna's Leopold Museum, the glass-protected painting "Death and Life" by Gustav Klimt was poured with oil. There were similar attacks in famous museums in Rome, Melbourne and Canberra.

An action by Just Stop Oil in London's National Gallery, in which two young women threw tomato soup in the direction of van Gogh's famous work "Sunflowers", is regarded as the initial spark. They pleaded not guilty in court, and the trial for damage to property is scheduled to begin in the British capital on December 13. In The Hague there was already a judge's verdict: three men were sentenced to two months in prison - one of them on probation - for an attack on the Johannes Vermeer painting "The Girl with a Pearl Earring".

Museums and galleries worldwide are alarmed. "The activists responsible grossly underestimate the fragility of these irreplaceable objects that must be preserved as part of our world heritage," said a recent joint statement from the heads of more than 100 art institutions. But the sensational protest met with sympathy.

"The climate activists are 1000 percent right. And I support them 1000 percent," Irish rock musician and environmentalist Bob Geldof told Radio Times. The activists are clever not to damage the actual works. The attacks are just annoying. "And annoying is fine," said Geldof. "Guardian" columnist Monbiot rhetorically asked, "Are we really more interested in van Gogh's sunflowers than real ones?" Also in the Guardian, Aileen Getty, granddaughter of oil tycoon J. Paul Getty, praised the climate activists: "Nonviolent, civil resistance works."

In London, activist Brocklebank said she was sure the painting's owner would have agreed to the protest. "Any good person would agree to trying to sustain life on earth." You didn't do much damage: "Glue comes off again." Her comrade-in-arms McKechnie said during the campaign that he and his father admired the work to which he was now stuck when he was a child. "I still love this painting, but I love my friends and family more, I love nature more," the 22-year-old said at the time.

Allegations against a 21-year-old activist who is said to have distracted security forces have been dropped. However, he was fined for failing to appear in court, according to a report by the PA news agency. 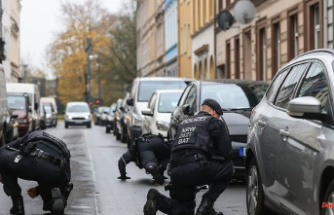 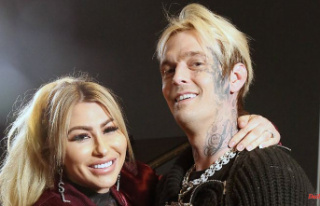