After China said goodbye to its zero-Covid policy, the number of cases in the country is increasing rapidly. 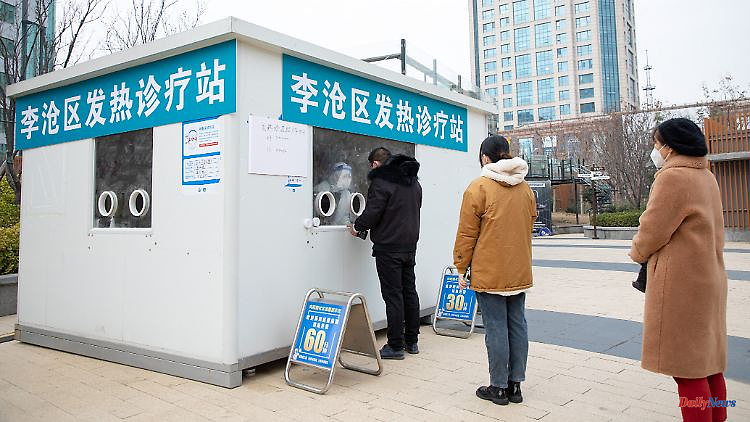 After China said goodbye to its zero-Covid policy, the number of cases in the country is increasing rapidly. The metropolis of Qingdao alone counts half a million new infections every day. But a short time after publication, the data disappeared from the network again.

In China, the corona virus continues to spread rapidly: According to a high-ranking official, there are currently around half a million new corona infections every day in just one city alone. There are "between 490,000 and 530,000 new infections" in Qingdao every day, the head of the local health authority was quoted as saying by an Internet portal operated by the ruling Communist Party.

The virus is spreading "rapidly" in the city in the east of the country, said Bo Tao. The Internet portal published its article on Friday, which was distributed by several other media. However, the article has apparently been revised on the Internet portal itself - meanwhile the numbers Bo mentioned can no longer be found. Around ten million people live in Qingdao.

Numerous cases of infection were also reported from other parts of the country. In the east Chinese province of Jiangxi, more than 18,000 corona patients have been admitted to medical facilities in the past two weeks, the provincial administration said on Friday. Among them were almost 500 serious cases, but no deaths. The administration therefore expects that 80 percent of the population - around 36 million people - will be infected by March.

The People's Republic surprisingly heralded the end of its controversial zero-Covid policy this month after nationwide protests. Since then, the number of infections has skyrocketed. Medicines are sometimes scarce and hospitals are overcrowded. Crematoria and undertakers are also apparently having problems because of the increasing number of deaths.

The administration of the southern Chinese metropolis of Dongguan announced that calculations indicated up to 300,000 new infections per day in the city of 10.5 million inhabitants. However, the increase is “progressing faster and faster”. This poses "enormous challenges" for medical resources and staff. The administration also released a video showing patients with intravenous infusions queuing outside a clinic. More than 40,000 patients have been treated for "fever" in the east Chinese city of Shanghai, according to a report by state-run newspaper People's Daily.

The Chinese media are tightly controlled by the government. Numerous censors remove politically sensitive content from the Internet. Most state-run media downplays the magnitude of the coronavirus outbreak, describing the government's policy reversal as logical and controlled. However, some media have recently pointed to a shortage of medicines and overburdened hospitals.

Despite the rapidly spreading corona wave, Hong Kong wants to reopen its border with mainland China in mid-January. "The central government has approved the gradual and orderly reopening of the border," Chinese special administrative region chief John Lee said on Saturday after meeting President Xi Jinping and Premier Li Keqiang in Beijing. The border was practically closed for almost three years due to the strict zero-Covid strategy. 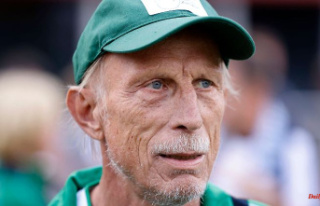 "On the road to recovery": Christoph Daum...