It is an extraordinary situation that lasts for years: a former pope follows the work of his successor. 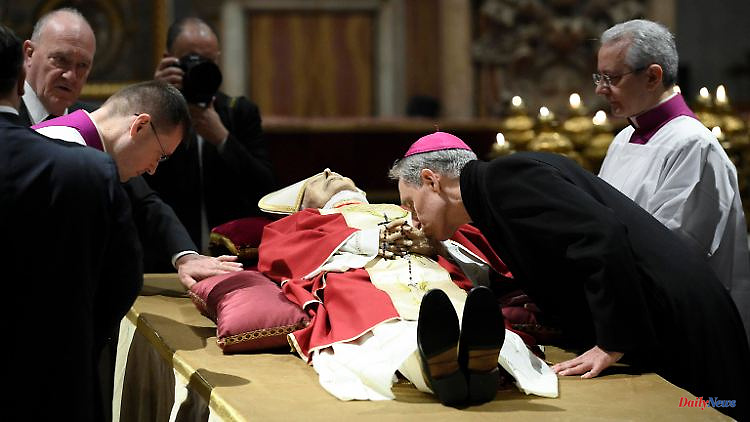 It is an extraordinary situation that lasts for years: a former pope follows the work of his successor. Private Secretary Gänswein reveals that Benedict XVI. was not always satisfied with Francis' decisions. This does not go down well with church officials.

After the death of the Pope Emeritus, there was criticism in the Catholic Church of statements made by Benedict's private secretary, Georg Gänswein, about Pope Francis. "It would have been better to remain silent," German Cardinal Walter Kasper said in an interview with the Italian newspaper La Repubblica. After Benedict's death on New Year's Eve morning at the age of 95, interviews with his longtime confidante and companion Gänswein were published in the Catholic media. "Now is not the moment for such things," said the 89-year-old Kasper.

Gänswein said in an interview with the "Tagespost" that Benedict Francis' decision to severely restrict the so-called old Mass read "with pain in my heart". Joseph Ratzinger - Benedikt's real name - permitted this rite again during his pontificate (2005 to 2013) under certain conditions. Gänswein also criticizes the incumbent pontiff in his forthcoming book "Nient'altro che la Verità" (Nothing but the truth). In 2020 he was "shocked" when Francis gave him leave as prefect of the Papal Household and has not changed this to this day.

Other church representatives were also critical. "I think if you want to criticize the Holy Father, you don't have to do it through the mass media, but directly to him personally," Timothy Broglio, head of the US Bishops' Conference, told La Repubblica newspaper. You have to know the entire context, said Cardinal Gerhard Ludwig Müller "La Stampa". "Unfortunately, that's one of those controversies that doesn't do God's people good." In an open letter to Gänswein, Don Alberto Varinelli from the Diocese of Bergamo in northern Italy called on Gänswein to stop selling the book if it was a collection of attacks.

Archbishop Gänswein also writes in his book that he received the private documents of Pope Benedict XVI. should destroy. "'Private records of all kinds must be destroyed. This applies without exceptions and back doors,' he explained in black and white." The ex-Pope also gave "precise instructions" about what should happen to his library, manuscripts and books. However, Gänswein did not give any further details.

The Holy See published shortly after the death of Benedict XVI. his spiritual will, dated 2006, but does not regulate the estate. Gänswein writes in the book from the Piemme publishing house that there are comments from the native Bavarian about some legacies and personal gifts. "For that fulfillment I have the duty of executor." These notes were last updated in 2021.

In an article for the "Bild" newspaper, the private secretary also defended the pope emeritus shortly after his death. According to Gänswein, Benedict was "not an insensitive papal automaton". "He was and remained fully human even on the throne of Peter." With his resignation in 2013, Joseph Ratzinger "very boldly opened the door to a new chapter in church history". He gave up his fishing ring "of his own free will", but continued to carry his name as Pope Emeritus. The fisherman's ring is one of the insignia of the popes.

Gänswein, who comes from the Black Forest, became Ratzinger's assistant at the beginning of the millennium, who at the time headed the Congregation for the Doctrine of the Faith in the Vatican. After the cardinal was elected pope, he became secretary to the pope. Even after Benedict's resignation, the 66-year-old stayed by his side. 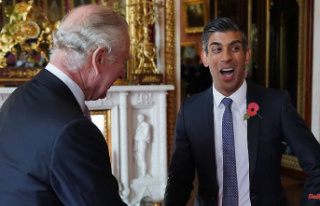 "Respect for the royal family": British...