Climate protesters attached their "apocalyptic vision for the future" to the John Constable masterpiece at the National Gallery. 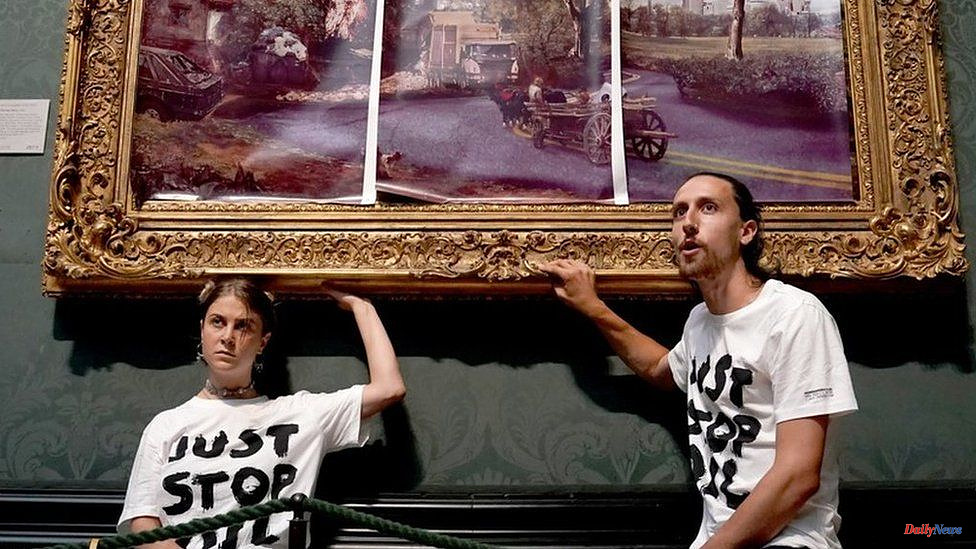 Climate protesters attached their "apocalyptic vision for the future" to the John Constable masterpiece at the National Gallery.

Just Stop Oil (JSO), two activists, climbed over the rope barrier in front the Hay Wain oil painting and attached their own version.

They then glued themselves to the frame, National Gallery (NG), said.

The room was evacuated for art lovers, tourists, and schoolchildren aged 11 years old.

According to the force, two persons were arrested. Officers are still on the scene.

The gallery spokeswoman couldn't confirm whether the painting was covered by glass or whether protestors had glued their image directly onto the canvas.

She stated that the work was removed from the wall and is being reviewed by conservators.

A man and a women wearing white T-shirts bearing the slogan "Just Stop Oil" protested. They placed their hands on the frame of the painting, and then knelt beneath it, before loudly voicing their concerns.

The Hay Wain was painted in 1821 and depicts a hay wagon moving across the Sussex countryside. It is one the most loved paintings in the National Gallery.

JSO stated that they had attached an "apocalyptic view of the future" which depicts "climate collapse and what it will do this landscape".

Mr Lazarus, who describes himself as an art lover, stated: "Art is important, and it should be kept for future generations to view, but what use is art if there isn't food?

Art is useless if there is no water. What use is art if billions are suffering and in pain?

"We have stuck a revised version of the Hay Wain, which demonstrates our path to disaster."

JSO is alleged to have attacked a Scottish art gallery earlier this week and stormed Sunday’s British Grand Prix.

Five JSO members were alleged to have spray the logo of the group on a 19th-century landscape called My Heart's In The Highlands by Horatio McCulloch.

Five men aged 21 to 46 were arrested during the first lap of Silverstone's race. Two women aged 20 and 44 were also detained.

1 Susie Steiner: At 51, Susie Steiner dies as the author... 2 For more information on how to prevent crashes at... 3 Harrogate cancer survivor walks daughter down the... 4 North Belfast: A teenager was attacked in a hate crime... 5 Omagh man sentenced for sexual offenses with a child 6 Bird flu outbreak forces Western Isles to cancel guga... 7 Borders General Hospital surgery cancelled because... 8 Jack Lis: After the death of a boy, MP Jack Lis wants... 9 Rhoi hawl i gynghorau reoli niferoedd ail gartrefi 10 Sophie Tissier, an activist, filed a complaint against... 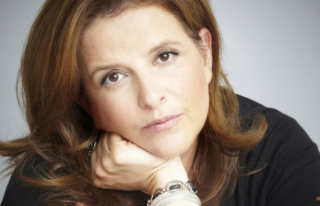