Disaster on the Marmolada massif: "The Dolomites are no longer simple mountains"

Nobody could have foreseen the accident in the Italian Dolomites, in which at least six people died. 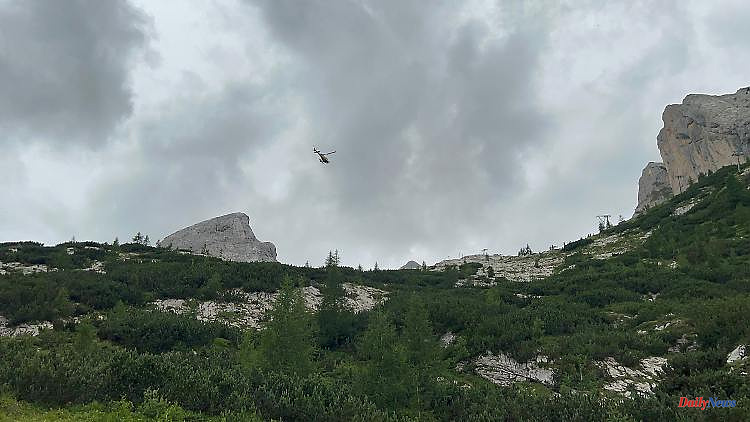 Nobody could have foreseen the accident in the Italian Dolomites, in which at least six people died. Still, the experts are not surprised. Because incidents like this keep happening.

At least six people were killed by a gigantic sheet of ice in the Marmolada mountain range in Trentino, northern Italy, on Sunday, and 17 others are missing. Of the six victims recovered, the identity of only four is known so far. Three of them come from Trento, including a mountain guide, and one from the Czech Republic. There were also eight injured, some of whom are in very critical condition. They are now in hospitals in Veneto and Trento. According to the Foreign Office, Germans are among the injured.

However, it is feared that more fatalities will have to be recovered in the next few hours. The salvage work was interrupted on Sunday evening because of the risk that further ice sheets could come loose. Work had to be stopped again on Monday due to a storm. Only the use of drones continued to find more victims. Prime Minister Mario Draghi expressed his condolences to the families of the victims, those injured and those still awaiting news of their missing loved ones. Today he flies to the scene of the accident to see the tragedy for himself.

It was 2 p.m. when the ice sheet, which experts say was 80 meters high, 200 meters wide and 60 meters thick, broke away at a speed of 300 kilometers per hour. On the video of a hut owner you can see how the masses of rock and snow thundered down the valley.

One of the mountain rescuers described the image that the experts from the alpine rescue service had in mind when they arrived at the scene of the accident: "It was horrific. The bodies were completely disfigured. There was blood everywhere. In addition to the huge chunks of ice, there were also countless pieces of rock. What with no wonder this summer with its temperatures." The zero degree limit is currently 3500 meters. There were ten degrees where the ice sheet broke away. During the night the temperatures drop to just five degrees. There have never been such high temperatures there at this time of the year.

"Of course, the temperatures we have this summer are absolutely exceptional," says Mario Tozzi, geologist and researcher at the National Research Institute CNR, ntv.de. "And of course you couldn't have foreseen this accident. Nevertheless, you can't speak of a bolt from the blue." Tozzi points to the last 10 to 15 years, in which such detachments from ice sheets had repeatedly occurred. The last time this happened in 2021 in Cortina, before that in the Brenta massif. "Glciologists and geologists have been warning of such incidents for 15 years, but no one cares." You have to keep an eye on the Dolomites in particular, because they are among the most tamed mountain landscapes in Europe, Tozzi points out.

In addition, and apart from the Adamello and Stelvio glaciers, the other glaciers in the Dolomites are not very high and are therefore even more vulnerable to the heat.

"The exact circumstances that caused the accident have yet to be determined," adds Guglielmina Diolaiuti in an interview with ntv.de. She is a glaciologist and professor at the University of Milan. "Climate change certainly plays the biggest role here. And not just for the glaciers, but also for the permafrost, which is also beginning to melt. And that then leads to rock falls."

The only way to stop this process, says Diolaiuti, is to drastically reduce CO₂ emissions as quickly as possible. Only: It is questionable whether that can still save the Alpine region. The geologist Tozzi is very clear in his analysis: "The glaciers that we have here will no longer exist in 20 years." The whole area has become more risky. Constant monitoring would be absolutely necessary here. "Also, local governments need to be bolder," Tozzi adds. "Even if it's high season, you have to block certain ascents in weather conditions like we're having now. The Dolomites have always been considered easy mountains, but that's no longer the case."

An opinion shared by glaciologist Diolaiuti. "There are a few solid rules that you should always heed in glacier areas. Rules that I also follow when I carry out my measurements and research on site. Firstly, you should always be accompanied by experienced mountain guides in these areas. Secondly, even when Leave at dawn so you'll be somewhere safe by midday. Third, don't rely on outdated mountain guides. Many of the hikes that were said to be easy when these guides were published are now often, and not because of climate change." 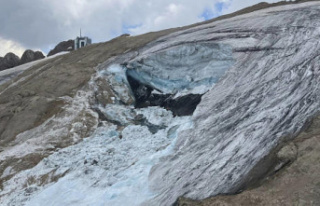 After the death of at least six glaciers, search resumes...