The launch had to be postponed twice: Now, for the first time, a SpaceX rocket is launching a spacecraft from the Japanese startup Ispace into space. 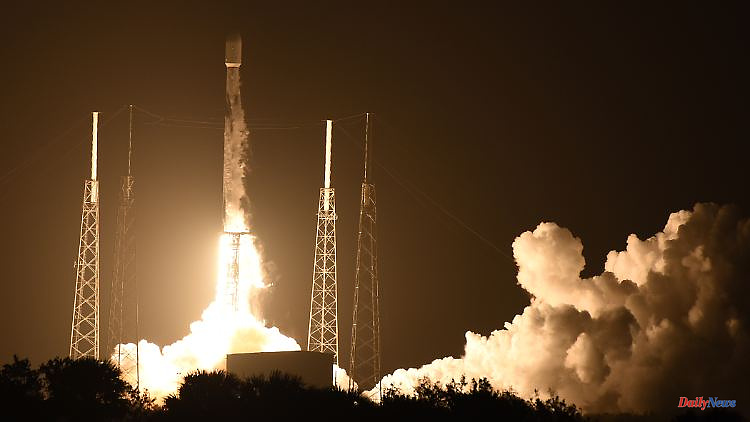 The launch had to be postponed twice: Now, for the first time, a SpaceX rocket is launching a spacecraft from the Japanese startup Ispace into space. They have big plans for the moon, explains Ispace boss Hakamada. The mission could also be a breakthrough for the Arab world.

Japan has sent a spacecraft to the moon for the first time. The spacecraft, constructed by Tokyo-based startup Ispace, lifted off at 02:38 local time (08:38 CET) aboard a Falcon 9 rocket belonging to Elon Musk's private US space company SpaceX from Cape Canaveral, Florida, according to live Pictures of the start showed.

It is the first lunar mission in Japan's history and the first of its kind by a private company. Due to additional controls, the start had been postponed twice. "Our first mission will lay the foundation for unlocking the moon's potential and transforming it into a resilient and dynamic economic system," said Ispace CEO Takeshi Hakamada.

Ispace's mission is the first of the program "Hakuto-R" - in English "white rabbit". Ispace began conceptualizing the project in 2016. The company said its lander is expected to touch down on the visible side of the moon in Atlas Crater in April 2023 - the Year of the Rabbit in Japan.

The spacecraft, which is a little more than 2 by 2.5 meters in size, has the "Rashid" rover, which weighs around ten kilograms and was built by the United Arab Emirates, on board. If the mission succeeds, "Rashid" would be the first lunar mission in the Arab world. So far, only the US, Russia and China have managed to put a robot on the lunar surface.

The Ispace lunar vehicle also has two robots made by the Japanese Space Agency on board, as well as a vinyl disc with the song "Sorato" by the Japanese rock band Sakanaction. The Japanese company, which employs 200 people, says it aims to "extend the sphere of human life into space and create a sustainable world" by providing low-cost transportation services to the moon.

Future missions should contribute to NASA's Artemis program, which, in addition to a return of man to the moon, should also prepare the journey to Mars in the long term. The US space agency has commissioned several companies to develop landers to bring the equipment for scientific experiments to the lunar surface.

1 Trapped under the double decker: bus accident in Berlin:... 2 Long wait for an ambulance: 15-year-old dies in a... 3 "Hands off the book!": For those who still... 4 Bavaria: cyclist caught by tram: seriously injured 5 Thuringia: winter tires for bicycles for more safety... 6 Hesse: It remains frosty at the start of the week 7 Thuringia: Frog King stolen from the Erfurt Christmas... 8 Saxony-Anhalt: Skiing and tobogganing in the Upper... 9 North Rhine-Westphalia: Comeback from Wirtz: "A... 10 North Rhine-Westphalia: Advent Saturday in the retail... 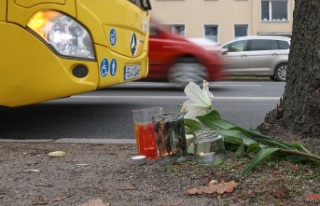 Trapped under the double decker: bus accident in Berlin:...