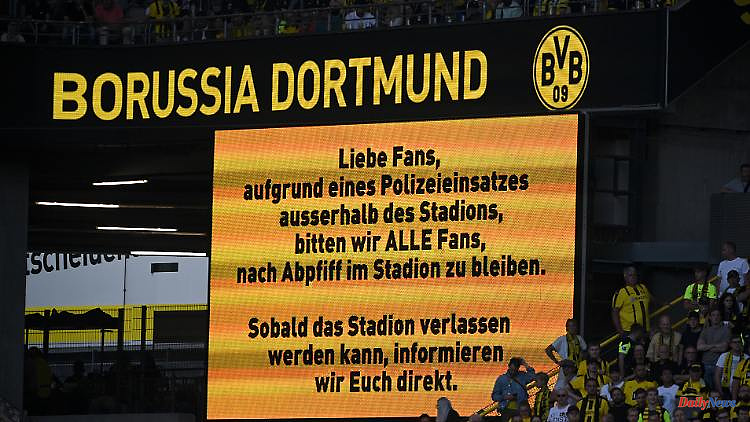 The Bundesliga top game between Borussia Dortmund and Bayer Leverkusen moves into the background after the final whistle. A suspicious vehicle near the Dortmund stadium triggers a police operation.

Because of a suspicious vehicle on the stadium forecourt, the 81,365 spectators of the top Bundesliga game between Borussia Dortmund and Bayer Leverkusen (1-0) were not allowed to leave the stadium immediately after the final whistle. In the arena on Saturday evening, from five minutes before the end of the game, it was announced several times that "due to a police operation outside the stadium" all fans must remain in their seats.

The situation only slowly cleared up half an hour after the final whistle and the fans were allowed to leave the arena with a delay. "Please behave calmly and follow the instructions of the security forces," tweeted the Dortmund police.

A little later, the Dortmund police gave the all-clear. "As part of the police investigation, we were able to clarify that the vehicle posed no danger. The engine was running due to a technical defect. We thank you for your careful behavior and understanding," the tweet said.

Officials previously said: "A suspicious vehicle with the engine running has been found in the area of ​​parking lot E3." At this point in time, "it could not be ruled out" "that this vehicle could pose a threat. The spectators were initially not allowed to leave the stadium, "so that the police measures can be carried out undisturbed." 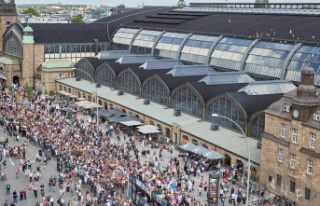