Who is Rouja Ignatova, the 'cryptocurrency queen' wanted by the FBI?

Bernard Madoff would have had reason to be proud of her. 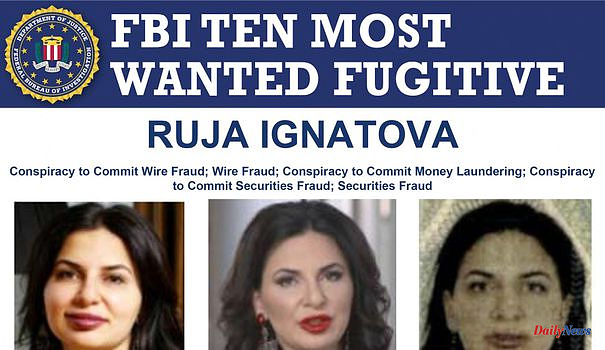 Bernard Madoff would have had reason to be proud of her. By adapting to the field of cryptocurrencies the famous scam called "the Ponzi pyramid", which consists in reimbursing the oldest investors with the money of newcomers, Rouja Ignatova has become, in the whole world, the "queen of cryptocurrencies". . And unlike the other, she has managed, for the time being, to evade justice.

Born in 1980 in Ruse, Bulgaria, Rouja Ignatova rose to public prominence in 2014 when she founded the cryptocurrency company OneCoin, at a time when speculation in new digital currencies was frenzied. To ambitious onlookers, she promises that exchanging real currencies for her virtual currency will allow them to rack up immense profits. For this, there must be as many investors as possible so that OneCoin increases in value. With a very neat appearance and a perfectly polished speech, she seduces both individuals and the media, which regularly gives her the floor, to the point that in 2015 she found herself on the cover of the Bulgarian edition of the American magazine Forbes.

The rise was meteoric: at the height of her glory, Ignatova brought together up to 12,000 people at the Wembley Arena in London. In front of a jubilant crowd, she assures that within two years, "OneCoin will replace Bitcoin", and promises, in sectarian rhetoric specific to scammers, a "bright future for our big family". In the meantime, it is the present of the former student of the University of Oxford which improves greatly. Real estate and luxury cars, evening dresses, earrings adorned with diamonds... Rouja Ignatova benefits from her cash inflows, evaluated in total at four billion dollars by the FBI.

But you don't borrow the money of more than three million people without having to, one day or another, render an account to them. At the end of 2016, the first complaints were heard. Financial authorities in different countries, such as Germany and the United Kingdom, are taking a closer look at OneCoin's activity. It will not take them long to realize that the OneCoin cryptocurrency does not exist... And that instead of a virtual currency, Rouja Ignatova and her accomplices have created a fictitious currency. The doctor of finance swears, however, that the value of her creation continues to increase, and in October 2017, she invites investors to a meeting of good news planned in Lisbon. She will not appear there, and has not been seen since.

The FBI then comes into play and reveals that the last trace of life left by Rouja Ignatova dates from two weeks before the alleged meeting, when she took a plane from Bulgaria to Athens from where she left. is volatilized. Since the end of June, she has been on the list of the ten most wanted people in the world by the FBI, which has promised a reward of 100,000 dollars to anyone who provides reliable information to find her.

In the meantime, Hollywood saw in this story material for a script, and announced, from 2020, the shooting of a film retracing the fraudulent epic of Rouja Ignatova.

1 HSV icon: "He was a role model for many"... 2 Finally pensioners - Germany's seniors are so... 3 206,000 cases in France, China confines millions of... 4 "We want to be the best, not the biggest" 5 Infectious diseases: let's be selfish, let's... 6 Japan increases sales tax again 7 Kurt Russell and Son Wyatt Cast in 'Godzilla'... 8 Florian Silbereisen's show "Schlagercomeback":... 9 This new traffic light concept means the end of the... 10 Tariffs: Pilot strike at Lufthansa still possible... 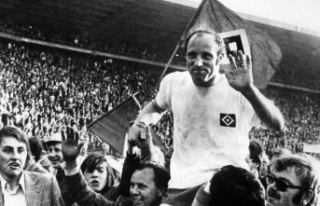