Official from the U.S. defense says that Russian advances were slowed down by Ukrainian resistance and logistical setbacks

A senior defense official stated Sunday that the Russian forces have encountered more resistance in Ukraine than the U.S. expected. Since invading Ukraine, the Russian forces advanced towards three cities, including Kyiv. However, they have yet to capture a city.

The senior defense official stated that the Ukrainians were putting up a strong, brave, and heroic resistance. However, we are only at Day Four and it would be difficult to give an estimate of how many days there are or what those days will look like.

According to the U.S. Defense Department, about two-thirds (or more) of Russia's combat power around Ukraine borders has been used in Ukraine. This leaves only about one-third of the power that has yet to enter Ukraine, which is significant.

According to an official, the fuel and logistical shortages as well as stiff resistance from the Ukrainians have slowed the Russian advances on Kharkiv (and Kyiv) respectively.

The Russian advance forces remain about 30 km outside Kyiv. Although there are signs that reconnaissance elements may be inside Kyiv's center, the main forces are still about 30 kilometers away. This is the same distance as the forces were Saturday.

U.S. officials are concerned by the first signs that the Russians have adopted siege tactics in Chernihiv on their way to Kyiv for a full-scale attempt to capture it. Russians are now firing rockets inside the city, which are impractical weapons that could damage civilian infrastructure.

In response to NATO and Western statements, Vladimir Putin placed Russia's nuclear defense system on high alert Sunday. A senior defense official stated that the move was unnecessary and escalatory since Russia is not at risk from NATO or Ukraine.

According to the defense official, Lloyd Austin, Secretary of Defense, learned about Putin's decision through his announcement. The announcement by Putin came shortly before Austin hosted an operation and policy synchronization meeting, which was attended by General Mark Milley, Chairman of the Joint Chiefs of Staff, combatant commanders, and senior policy leaders. During the meeting, leaders discussed Putin’s announcement.

Three lines of attack are used to advance the Russian invasion of Ukraine. One is from Belarus to Kyiv. The second is north-south. One more, from the northeast to the south, towards Kharkiv. A third, from the South, towards central Ukraine. The southern advance has stalled, with some Russian forces heading northwest towards Kherson while others moving northeast towards Mariupol.

The Russians used four landing ships and several thousand naval infantry soldiers to launch an amphibious assault 70 km from Mariupol on Saturday. They are now about 50 km from Mariupol and have moved about 20 km since then.

1 Ryan Reynolds, Blake Lively, and Bethenny Fairel have... 2 Russia will be unable to compete in FIFA soccer matches... 3 EU bans Russian media outlets, closes Russian airspace... 4 A shadow soldier in the CIA 5 The long history Russia's attempts to subjugate... 6 As fighting in Ukraine goes on, Putin has put Russia's... 7 Russian advances slow in Ukraine as thousands flee... 8 Ukraine asks for immediate integration into the EU... 9 Kiko Rivera very angry by the video in which it is... 10 Is Belén Esteban de Telecinco? 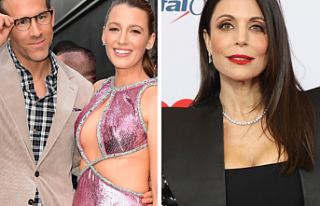