Debate about "useless" women: what society has to do with menopause

The monthly menstruation is stressful for many women, but the end of the bleeding is also tough. 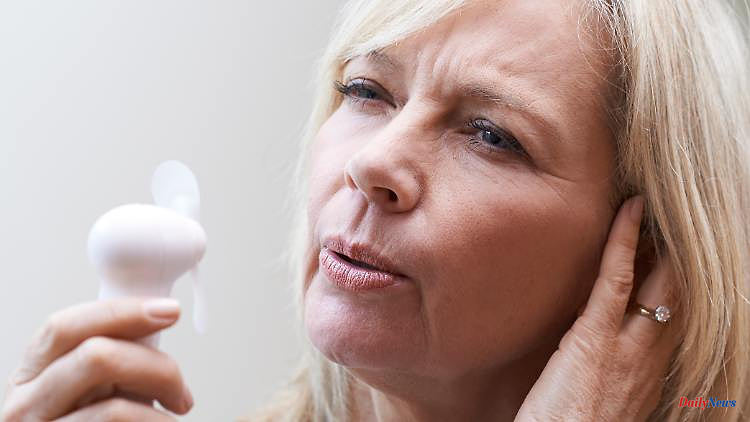 The monthly menstruation is stressful for many women, but the end of the bleeding is also tough. There are many physical symptoms associated with menopause. This is far more than an individual problem.

Heart problems, insomnia, dizziness, skin rashes, hair loss - everyone probably goes to the doctor with these complaints and is seriously concerned about their own health. If a woman in her 50s has these symptoms, both medical interest and sympathy disappear immediately. Because all of these are also typical symptoms that occur during the perimenopause, when a woman's fertility slowly decreases and finally ends.

But many women shrug their shoulders when they hear the term perimenopause, because menopause, or the climacteric, as it has often been called, is a mystery even to them. It was the same for Miriam Stein when, in her early 40s, she slept less and less, felt increasingly irritable and then developed a skin rash. Instead of going happily and serenely through a few carefree years after her son's baby and toddler years, her body released eggs less regularly, giving her not only shorter and more irregular menstrual cycles, but also a lot of uncomfortable experiences.

She now knows that perimenopause is the transitional period around menopause, the one day after which a woman's period stops for good. And Stein wrote a book. The book she wished she had read when she woke up at night in a sweat and worried about her mental health. The book is called "The Irritated Woman", subtitle: "What our society has to do with my menopause".

Today, Stein is convinced that deeply internalized patriarchal images are at work when dealing with the menopause. "It's a very old image that reduces women to their ability to reproduce," says the author on ntv.de. The uterus was already a passionately discussed topic among Greek doctors and philosophers. "The value of women was limited to having children. And if that stopped, there was no more value for women." Little has changed to this day.

A lot is otherwise different in the life of a woman in the 21st century, she has children early in life or later or not at all, she is employed or takes care of the family full-time or part-time, but above all she has after her last menstrual period on average still many years of life ahead of them. And in these years, many women no longer feel very feminine, ashamed of their insomnia, their fervent flare-ups, and their changing bodies.

Even women between 40 and 60 hardly talk to each other about what they more or less all experience. Research shows that only about a third have hardly any perimenopausal symptoms, another third have moderate symptoms, and another third have severe symptoms. In theory, two out of three women know what we're talking about, but in practice it can look very different. Because only a few find a counterpart in their gynecologist who is willing to deal with it. One of the reasons for this is that such calls are not so easy to bill. After intensive inquiries, Stein found out that the health insurance companies do have a billing number for perimenopausal complaints, but not what payment doctors get.

But every woman's menopause is different, as are her possible symptoms, and so there is actually no alternative to detailed individual advice. Stein, for example, slept poorly and was therefore constantly tired during the day. "I always had an incredibly good memory, which was now a bit hazy. Then I had a strange irritation that I didn't know about myself," she says. "And I got a really bad rash, I was dizzy. It really limited my quality of life and my ability to work."

This is certainly the case for some women, but mothers and grandmothers are also not particularly keen to provide information on the subject. For them, these topics were probably even more taboo than they are now. It is unlikely that they actually had anything to do with it. Stein's adoptive mother developed a severe anxiety disorder at the age in question. "Today I'm wondering to what extent that might have something to do with the menopause," says the 45-year-old. A friend's mother tried to fight her sleep problems with alcohol and slipped into an addiction. "I could imagine that they weren't the only mothers who developed symptoms during this time that we would now call depression," says Stein.

However, scientific research on this specific area of ​​women's health is scarce. In her widely acclaimed book "Invisible Women" about the gender data gap, Caroline Criado-Perez talks about the fact that the male body is still seen as the ideal unattainable for women. Surveys from the Netherlands and the USA show that even medical degree programs and courses hardly deal with "women's health". There is now better research into how the consumption of grapefruit affects the effects of certain medications than studies examining different hormone levels in women. "It is very important that the supply and research situation improves," says Stein. So far, for example, research on the menopause has been hidden in projects dealing with dementia.

The author sharpens her assessment polemically, because in view of this situation one has to say that "medicine no longer necessarily sees women as beings worthy of preservation and research". In an aging society that lacks skilled workers, however, one can no longer do without aging women. "It will affect bosses, politicians, husbands. It's a social issue, not a private one."

Incidentally, apart from humans, only a few other species of mammals go through the menopause - certain species of whales and two species of elephants. A menopausal female whale, for example, then leads the herd. The loss of fertility is therefore associated with social advancement. Stein thinks that's only logical: "They're no longer busy raising boys, they're experienced and they're great leaders. You can learn from that." In some cultures in Asia and Africa, this is also the case when the associated impurity disappears through the end of menstruation.

Stein now has her own symptoms well under control and, after the transformation, notices a new radicalism and willingness to fight that she did not have before. At night, when she lies awake, she dreams of pastry courses and stays abroad. "Why can't we fantasize wildly and adventurously in our 40s or 50s about what we want to do when we're 60, 70 or 80. I think that's a nice thought." 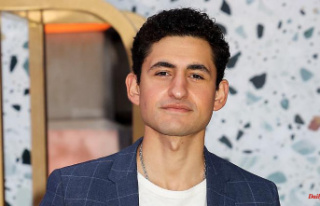